Google co-founder Sergey Brin, 48, files for DIVORCE from mother of his child due to ‘irreconcilable differences’ four years after they wed: Billionaire demands shared custody of their little girl

By James Gant For Dailymail.Com

Google co-founder Sergey Brin has filed for divorce from his wife of four years, citing ‘irreconcilable differences’ in court papers, which also reveal that the pair have been separated since December.

The world’s seventh richest man, who is worth $93 billion, secretly filed for divorce from lawyer and entrepreneur Nicole Shanahan back in January, according to Insider, which reports that papers submitted by the billionaire businessman state that details of the couple’s assets and how they will be split ‘are to be determined’.

The 48-year-old cited ‘irreconcilable differences’ as the reason for the split, while noting that he and Shanahan, whom he secretly wed in November 2018, have been separated since December 15.

Brin and Shanahan, who is famously private, share a daughter, who was born in 2018, and the Google founder has asked to share custody of her as part of the divorce arrangements.

However he has not asked Shanahan for child support and has requested that she do not receive any from him in the future. 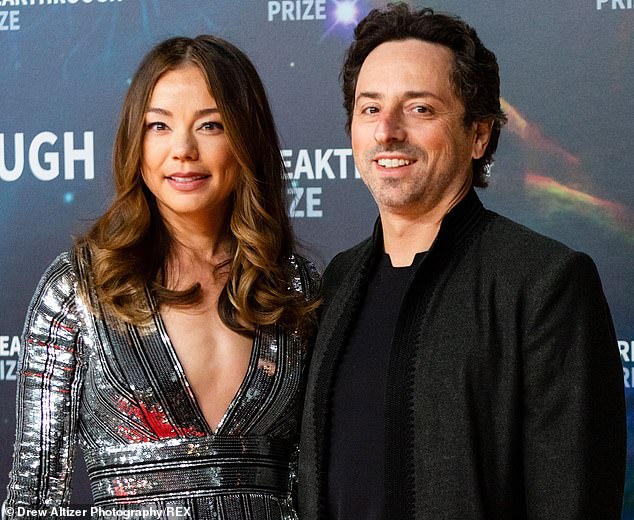 Brin, 48, is understood to have quietly filed divorce papers in January, citing ‘irreconcilable differences’ and revealing that the couple have been separated since December 2021

Brin’s split from Shanahan marks his second divorce; the Stanford-educated tech mogul ended his first marriage to entrepreneur Anne Wojcicki, with whom he shares two children, in 2015, two years after they separated.

Wojcicki split from the billionaire in 2013 after she discovered email exchanges between Brin and a young Google employee named Amanda Rosenberg with whom he was said to have been having an affair.

The tech mogul began dating Shanahan in 2015 soon after his first divorce was finalized, and they secretly tied the knot on November 7, 2018, only revealing the news of their nuptials to the world in October the following year.

Brin and Shanahan went public with their relationship in 2016, when they made a glamorous debut as a couple at the Met Gala, appearing on the red carpet alongside the Google co-founder’s ex wife Wojcicki and her then-boyfriend Alex Rodriguez. 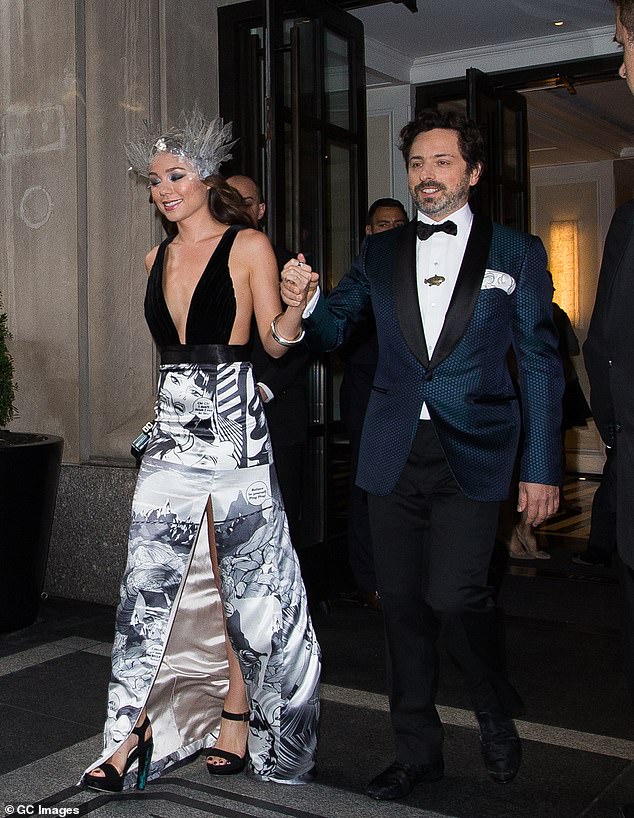 Brin and Shanahan, who began dating in 2015, made their public debut as a couple at the 2016 Met Gala, when they walked the red carpet together (pictured)

News of Brin’s second divorce comes two and a half years after he and his Google co-founder Larry Page announced that they were stepping down from their roles at the website’s parent company, Alphabet.

Page and Brin started the search engine giant in 1998 three years after they met as students at Stanford University, and it went on to become one of the biggest tech companies in the world, earning the former college pals billions and skyrocketing them to the forefront of Silicon Valley’s elite.

However Shanahan also boasts her own prior business success; she was a well established Silicon Valley player before she met her soon-to-be ex-husband, having founded the patent management and valuation company ClearAccessIP in 2013.

The following year she was also named a Code X fellow at The Stanford Center for Legal Informatics.

Shanahan was a Asian Studies major at the University of Puget Sound, and after graduating attended law school at Santa Clara University

She also studied international trade at the National University of Singapore post-law school, and attended the Graduate Institute of International and Development Studies just before enrolling at SCU.