Radical change to demerit points: Drivers could get ‘good driving’ points if they keep their records clean

Well-behaved drivers will be able to have a demerit point expunged from their licence in just 12 months under a newly-proposed incentive scheme from NSW Labor.

The trial scheme is on offer if NSW Labor wins the state election in two months’ time to give motorists a boost after the removal of speed camera warning signs led to a major uptick in speeding fines.

Revenue NSW data shows the number of mobile digital speed camera fines where the speed limit was exceeded by 10km/h or less increased from 3,222 in October 2020 to 27,855 by February 2021.

‘It’s time we put safety back at the centre of our road rules, not revenue raising,’ NSW Labor Leader Chris Minns said on Tuesday.

‘Under Labor the rules are simple – drive safely, get a point back.’

NSW drivers could erase demerit points from their record with good behaviour under a new scheme set to be trialled if NSW Labor is elected in March (pictured, a policeman speaks with a driver) 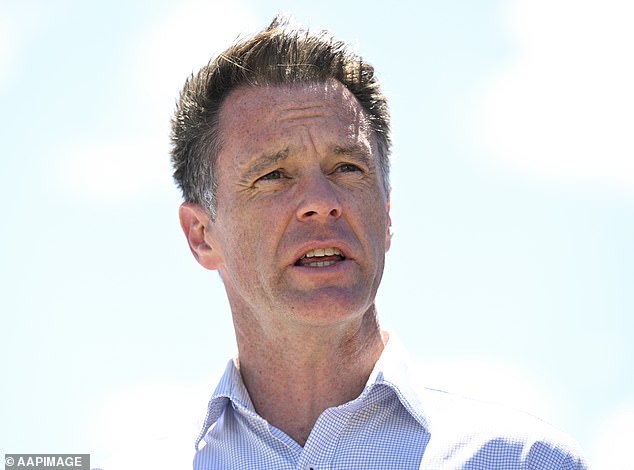 NSW Labor Leader Chris Minns (above) said his party’s proposed scheme will help put ‘safety back at the centre of our road rules, not revenue raising’

Late last year, former NSW roads minister Duncan Gay told a parliamentary inquiry the signs had been removed in good faith but it was the wrong decision.

Drivers must currently wait three years for demerits to be expunged from their licence.

The government reversed the unpopular signs policy last year, saying it had listened to the community on what was an important issue.

Roads Minister Natalie Ward said at the time the additional warning signs would return to roads across NSW by New Year’s Day,

However, it has since emerged about one-third of mobile speed camera vehicles are too small to hold the signs.

‘The advice from the vendors is that 47 of their vehicles in their updated fleet don’t have the capacity to take those signs or will require significant modification, which includes potentially removing seats,’ Transport for NSW Deputy Secretary Tara McCarthy told a budget estimates hearing last year. 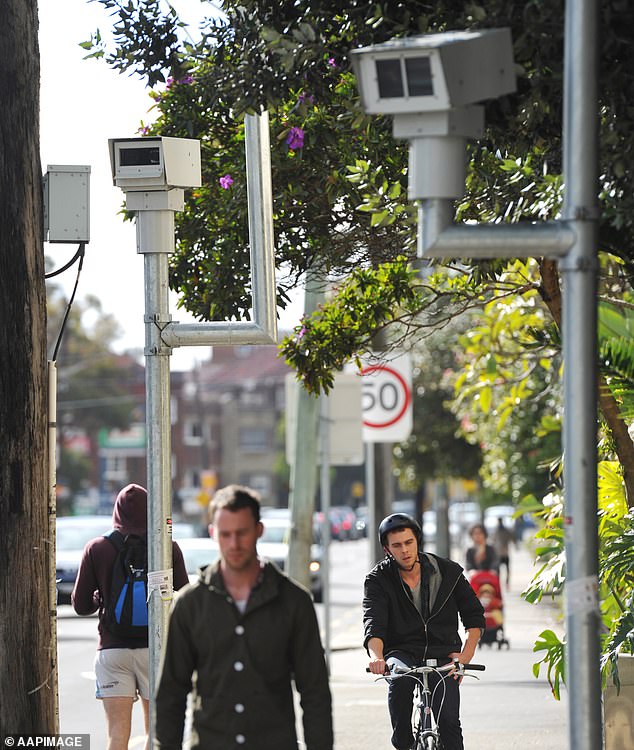 The proposed scheme comes after NSW saw a massive jump in fines after removing warning signs from speed cameras (above), which were reinstated last year

‘Ensuring our local roads are as safe as possible for pedestrians and motorists is an absolute priority for this government,’ she said.

The government received feedback that cameras were being concealed behind trees and poles and were not effective in getting drivers to slow down, Regional Transport and Roads Minister Sam Farraway said.

‘We have heard loud and clear from the community on this issue,’ he said.

Shadow Roads Minister John Graham said removing the cameras had not achieved results, with the community viewing it as a revenue-raising exercise.

‘So many NSW motorists were hit by the NSW Liberals’ hidden speed camera scheme,’ he said.

‘Some motorists told me they had never received a traffic infringement until the NSW Liberals’ hidden speed camera scheme.’