Rather like Daniel Farke and his parting from Norwich, not even a victory in Rory McIlroy’s last event in Las Vegas could save his coach Pete Cowen.

After a six-month dalliance, McIlroy has returned to Michael Bannon, the Northern Irishman who had taught him from the age of eight until their surprise parting earlier this year.

‘Yes, Michael and I are back working together,’ McIlroy told Golfweek magazine. ‘I’ve always had a relationship with Pete and I’ll ask for his input if I feel I need it. But now it’s Michael and me.’

McIlroy began working with Cowen in March and their time together did yield two victories, the other coming in May at the Wells Fargo Championship at Quail Hollow.

The 32-year-old worked hard to take on board Cowen’s methods but, while there was some evidence of progress, his abject failure to perform over the first two days at the Ryder Cup in September was surely the tipping point.

The writing was on the wall following McIlroy’s victory in Sin City a fortnight later, achieved more through his natural gifts and a golden putting stroke than any return of his prodigious ball-striking prowess.

‘I know what I am capable of when I do the things that I’ve always done well,’ McIlroy said afterwards. ‘It’s just a matter of me getting back to playing golf my way.’ 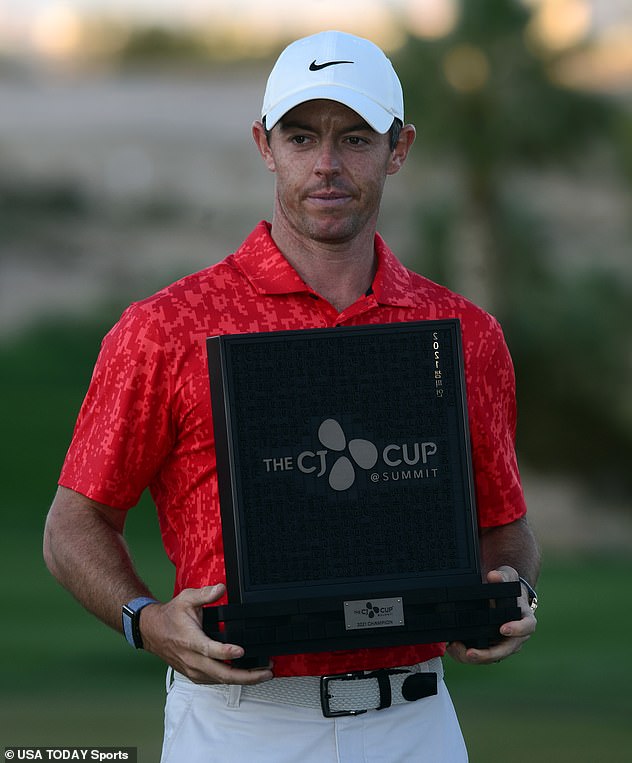 I spoke to Cowen the following day and the Yorkshireman, whose illustrious stable includes the likes of Brooks Koepka, was buoyant and looking forward to sitting down with Rory later that week to discuss the road ahead. Clearly, that was the meeting where Rory told him he had decided to go back to his roots.

Bannon is staying with McIlroy in Florida this week before the latter heads off to Dubai for the DP World Tour Championship, beginning next Thursday.

Meanwhile, at the Aviv Dubai Championship — the last event of the regular European Tour season — Tommy Fleetwood’s bid to become the fourth member of Europe’s Ryder Cup team after McIlroy, Matt Fitzpatrick and Viktor Hovland to win since the record defeat at Whistling Straits, started well with a six-under-par 66, three shots behind leader JB Hansen.