The former wife of Gold Coast Titans star Jarrod Wallace has broken her silence to reveal her torment after the prop allegedly cheated on her after she put on weight and suffered post-natal depression.

When she crossed paths with Wallace for the first time in 2017 at South Bank in Brisbane, it was love at first sight.

The couple enjoyed a whirlwind relationship and were married two years later.

They welcomed their daughter, Kennedy Grace, in August of 2019. The birth was traumatic and Kennedy was premature.

Courtney Thorpe, the former wife of Gold Coast Titans star Jarrod Wallace, has broken her silence to reveal her torment at the prop allegedly ‘cheating on her after she put on weight and suffered postnatal depression’ 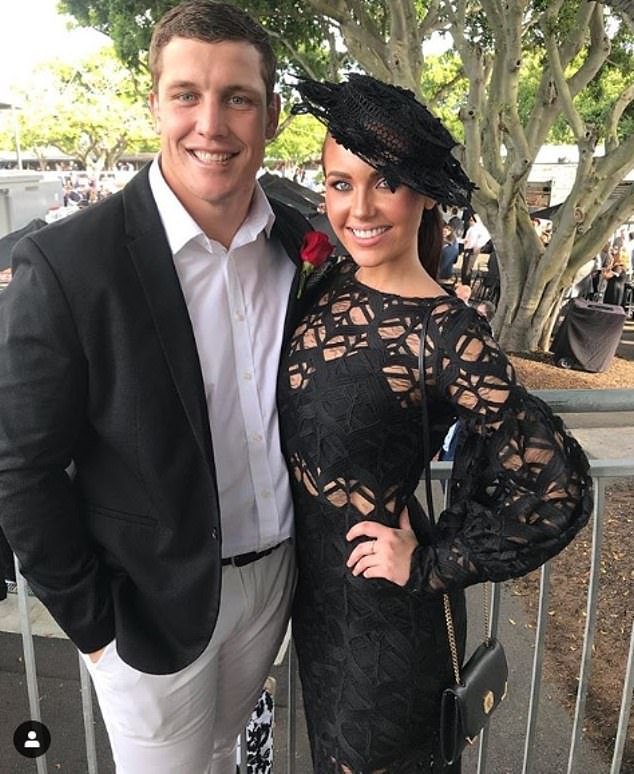 The couple enjoyed a whirlwind relationship after meeting in 2017, and were married two years later

Ms Thorpe remained mostly isolated the next six months while Kennedy became well. She gained 35kg and suffered from post natal depression, with Wallace often on the road with the Titans.

Overcome with anxiety, Ms Thorpe said she frequently apologised to her husband for being overweight, and even promised him she would ‘get skinny, just please don’t cheat on me.’

Wallace allegedly reassured her he wouldn’t stray, and only had eyes for her.

Last September Ms Thorpe’s life was turned upside down when she confronted Wallace about other alleged women he had been seen. A series of alleged text messages ended their marriage.

The same day the couple left their Gold Coast home to inspect the block of land they had purchased together to build their dream home – only for Ms Thorpe to have a change of heart.

On the spot she decided she wasn’t going anywhere, and walked home with Kennedy in her arms.

When other women later contacted her to disclose hook-ups allegedly involving Wallace, her suspicions were further heightened.

Wallace has never admitted to infidelity and denies any suggestion that he cheated on Ms Thorpe.

‘I was in shock and I wanted to believe that my husband wouldn’t do this to me,’ Thorpe told the Courier Mail.

‘I feel so silly because I was so smug that I had a man who wasn’t like that. It felt so embarrassing – and how many people knew, is what I always ask myself.’ 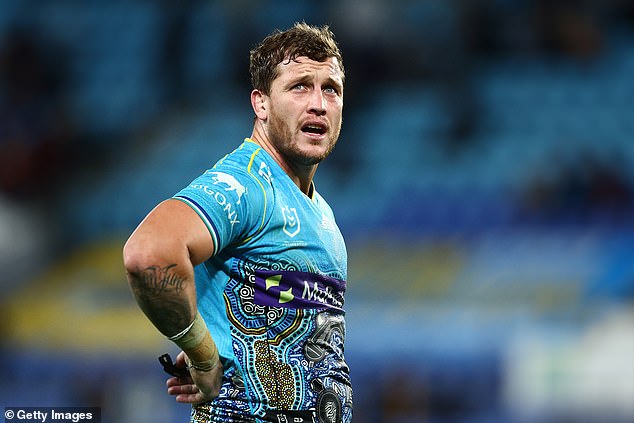 Wallace has denied the explosive cheating claims from his ex-wife, but didn’t comment further

The couple has since separated and Ms Thorpe said her podcast, More Than Just a Mum, has been a cleansing experience.

She also stressed the importance of women not suffering in silence and called out the Titans for what she believes is immoral behaviour.

Ms Thorpe – who also helped raise Wallace’s two young daughters Lara and Peyton from an earlier relationship – is adamant the club protect themselves and the player first and foremost, before often stating to frustrated partners the private life of footballers isn’t their business.

In response to Ms Thorpe’s allegations about a perceived lack of support for partners, Titans management provided a club statement. 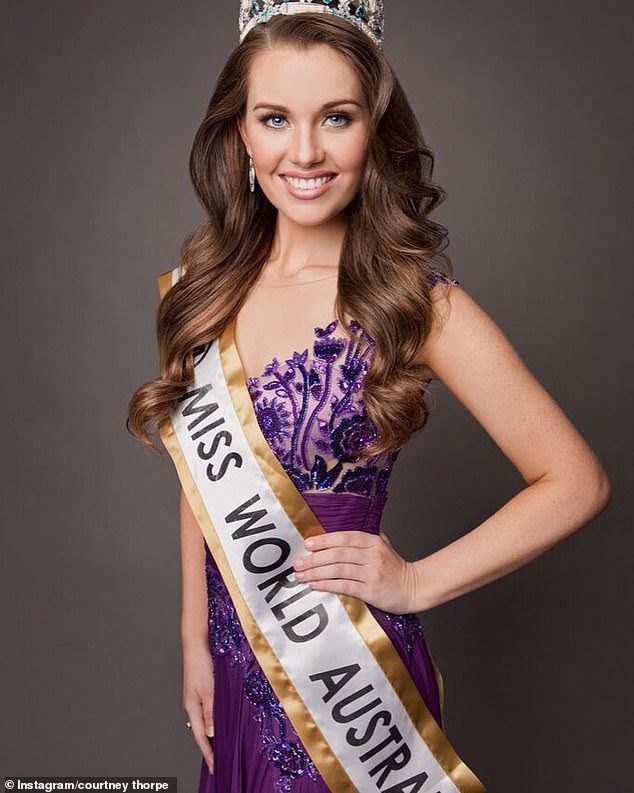 A one time Miss World Australia, model and television presenter, Courtney Thorpe was living a life many envied – her fairytale existence seem to have continued when she married NRL star Jarrod Wallace in 2019

‘The Titans provide welfare support to all players, staff and families,’ it read.

‘It is a critical part of our club and something we treat with utmost importance.

‘We hold personal and private staff matters in absolute in-confidence.’