Little known reason a mother copped a massive $5,390 fine after she was caught on a traffic camera wearing her seatbelt the wrong way

A mum has been slapped with a $5,390 fine because she was wearing a seatbelt under her arm while driving a company car.

Lauren Hyland was snapped by a camera while wearing her seatbelt tucked away from her chest while she was driving the car in Queensland.

The fine was five times higher than it would have been if she were driving a personally-owned car.

The Gold Coast mother took to social media to vent her frustration over the enormous infringement notice and surprising road rule. 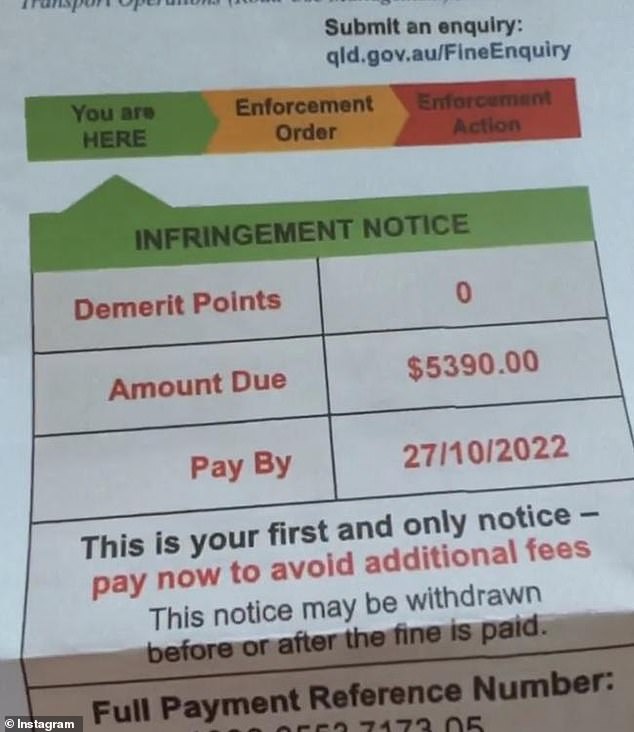 Fines for not wearing a seatbelt correctly can set a Queenslander back $1,078, if they are driving a privatively registered car.

But those driving cars registered to a business cough up five times more to compensate for the fact they do not lose any demerit points.

Company car drivers in Queensland avoid forfeiting the prized points through the state’s scheme for businesses.

In cases where speed was the issue, businesses can choose to pass the fine to their employees by filling out an online nomination or statutory declaration.

Then the individual can pay the lesser fine and endure the point loss themselves.

Queensland companies and private-vehicle users have 28 days to pay the fine, nominate another driver or elect to go to court. 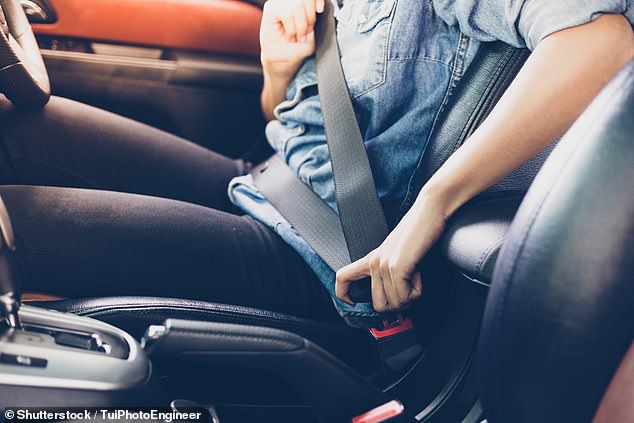 Fines for not wearing a seatbelt correctly can set a Queenslander back $1,078, if they are driving a privately registered car