An Australian rocket company claims it is ready to provide civilian space flight by 2030 for a fraction of current costs, if it is properly backed.

Gilmour Space, was founded by brothers Adam and James Gilmour on the Gold Coast in 2013, claims it could bring prices down to about ‘$3million a ticket’ for an Australian-built and Australian-crewed flight.

It was the first time a crew of all amateurs made such a flight. 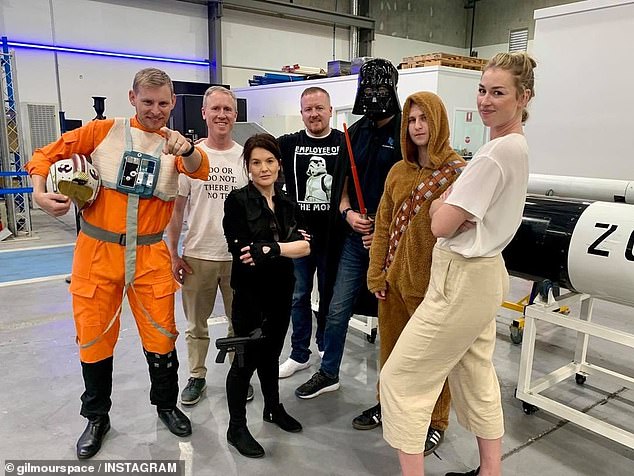 The Gilmour brothers, Adam and James, are pictured second and fourth from left with their company’s staff on May 4, aka Star Wars Day

‘We are looking at a 2030 launch date for human space flight at Gilmour Space,’ Adam Gilmour told Daily Mail Australia.

‘Mostly it’ll be astronauts going, but we’d love to get the price of a civilian ticket down to around $3million to go into lower earth orbit.’

Mr Gilmour said the likelihood of achieving the 2030 goal was probably ’50 per cent, because we need government support. Every trip is so expensive you need millions’.

If properly supported, Mr Gilmour said he’d be ‘100 per cent’ confident’ his company could achieve the goal.

The mission could as low as  $320million – about a tenth of current costs, he claimed.

‘We’ve already got people in our company who have built human space craft before. We can do this,’ Mr Gilmour said.

The rocket would cost about $250million to develop and the capsule around $50million, plus $20million to build the final version.

Mr Gilmour said it was a pity people still thought the idea of Australia being active in space was a joke.

‘There’s something terrible in our culture were we don’t believe in anything outside of what we already do. We think we are good at the Olympics, swimming, mining swimming nothing else and we never will be, it’s bulls***. 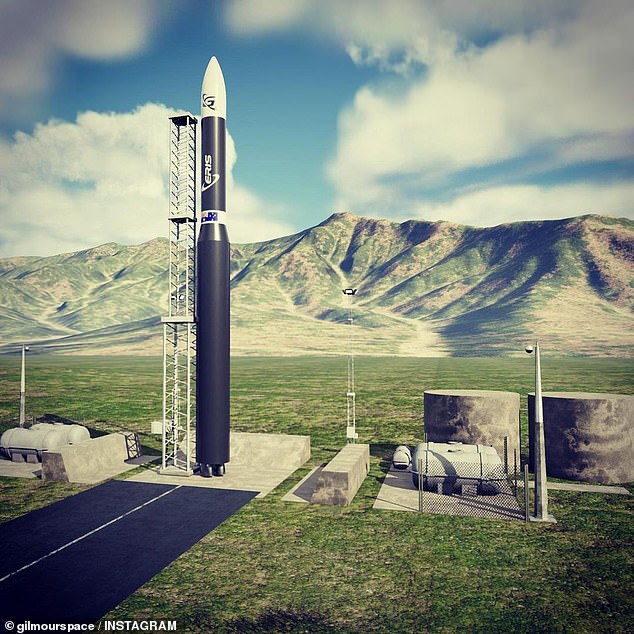 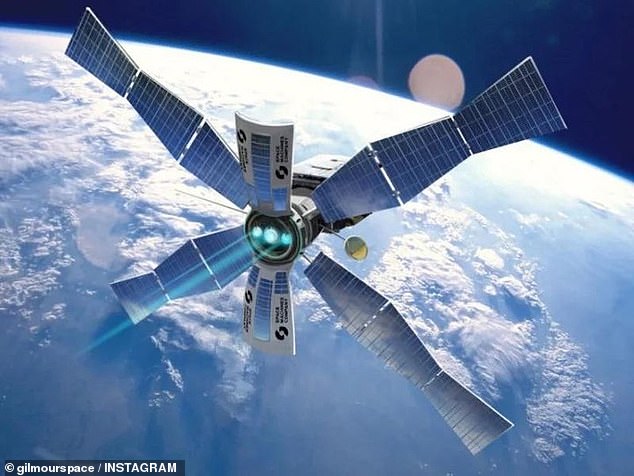 Adam Gilmour wants Australia to be flying into lower earth orbit with the US, China, Russia, India, European nations and Japan by 2030

‘The US, China and Russia are already providing civilian space flight. By 2030, seven or eight countries will be doing it. India is already planning it, Europe will come next and then Japan. Then it should be us.’

The likely trips Australians would take would be to future space stations hanging in ‘low earth orbit’, which is considered the area between 160km and 1000km above the surface of the planet.

Mr Gilmour said launching humans into space would be a good use of taxpayer money because it ‘is the highest technical achievement’.

It would also create new industries, benefit existing ones and ‘result in hundreds, and eventually thousands, of new jobs’.

The ideal launching spot, they say, would be Abbot Point, near Bowen, Queensland.

‘We like Abbot Point because it has good access to many equatorial orbits that interest our small satellite customers.’

Gilmour Space signed a ‘Space Act’ agreement with NASA in 2018 for research, development and education initiatives.

The Australian Space Agency was formed in 2018 and is based in Adelaide.

Among its activities is finding Australian businesses and researchers to be involved in the supply chain for NASA’s Moon to Mars program.

Daily Mail Australia approached the Australian Space Agency for Comment but it was unavailable.