Shunning dairy for almond and soya milk and eating avocados is ‘disastrous’ for the environment, warns Countryfile presenter

By Meghna Amin For The Daily Mail

Countryfile presenter Adam Henson has warned vegetarians that some of their choices may be having a ‘disastrous’ impact on the environment.

The farmer said that beef, sheep and dairy farmers are facing criticism on climate change and people’s health.

In addition to this, he said, many people are being persuaded to go vegetarian or vegan by material they read on social media.

But he claimed the debate was much more complicated than many thought as some vegetarian options can have an equally destructive impact on the environment.

Henson, 55, explained that many shun cow’s milk believing it to be cruel for the animals, but that alternatives result in deforestation and therefore the destruction of species.

Asked about the impact of veganism and vegetarianism on the farming industry, he told Radio Times: ‘My partner is a vegetarian and so is my daughter.

‘But what we discuss around the kitchen table is choosing the right products. So, if you’re drinking soya milk, that might have come from South America and caused deforestation, the destruction of species, the displacement of indigenous people.

‘You’re better off drinking milk from a local dairy farm that’s been bottled there and delivered to your doorstep, where cows are wonderfully looked after and the family contribute to the local society and economy.’

He added: ‘Avocados and almond milk are disastrous for the environment. It isn’t a simple argument.

‘Beef, sheep and dairy farmers are having fingers pointed at them quite a lot about health and climate change, but the industries are doing a huge amount about that.

‘So, I would urge people to eat British food and don’t buy cheap food from abroad. 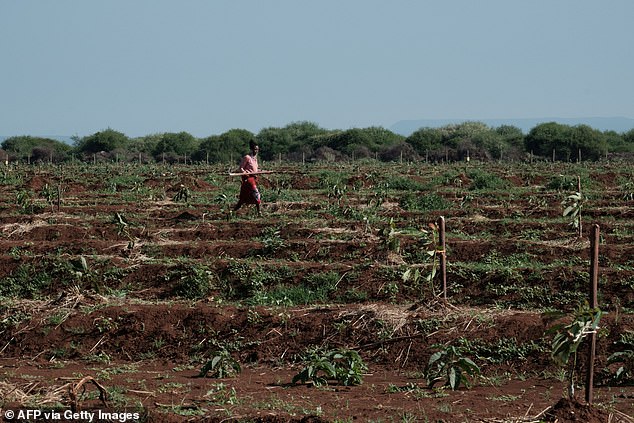 Mr Henson said: ‘Avocados and almond milk are disastrous for the environment. It isn’t a simple argument’. Above: An avocado farm in Kenya

‘It’s about understanding where your food comes from and making informed choices, not having a knee-jerk reaction because you’ve read something on social media.’

Huge global demand for avocados and almonds grown in warmer climates contributes to deforestation and massive water use.

Beef has a notoriously high carbon footprint due to the amount of land and resources required to raise cattle.

Henson, who grew up on his father’s Cotswolds farm, began presenting BBC’s Countryfile in 2001, and has since used his farming expertise on several other programmes, as well as presenting Radio 4’s Farming Today. 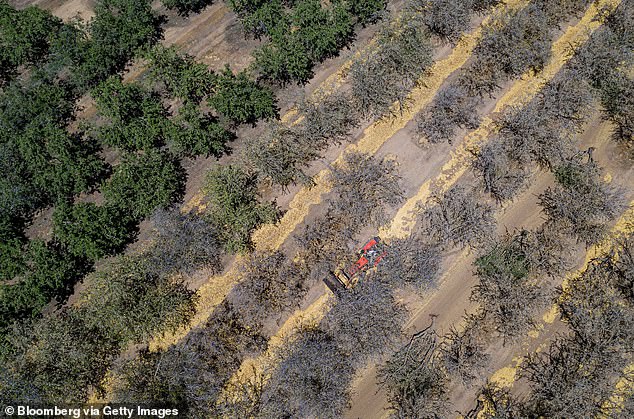 Huge global demand for avocados and almonds grown in warmer climates contributes to deforestation and massive water use. Above: An almond farm in California