‘God Save the King’ was sung at a sporting event for the first time in 70 years – ahead of the third day of England’s deciding Test against South Africa at The Oval.

Spectators were asked to be in their seats by 10.30am for an on-field celebration of the life of Queen Elizabeth II, who died on Thursday at the age of 96.

There was a military guard of honour, a one bell chime and a minute’s silence in remembrance of the Queen, before a history-making national anthem sung by soprano Laura Wright after Charles III was proclaimed King at St James’s Palace earlier in the morning.

All players and coaches are wearing black armbands as a mark of respect and the crowd are not permitted to wear fancy dress.

The ECB confirmed that the Test would resume today after cancelling the second day on Friday following the death of Her Majesty. 98 overs are scheduled for each of the remaining three days.

The decision was taken after consulting guidance from the Department of Culture, Media and Sport (DCMS), which told sporting organisations that there was no obligation to postpone events over the weekend.

Replying to a tweet asking whether fixtures should continue, England captain Ben Stokes said: ‘She loved sport, should go ahead in her memory.’

England and South Africa players, fans and coaches sung a historic rendition of God Save The King at The Oval on Saturday – sung by Soprano Laura Wright 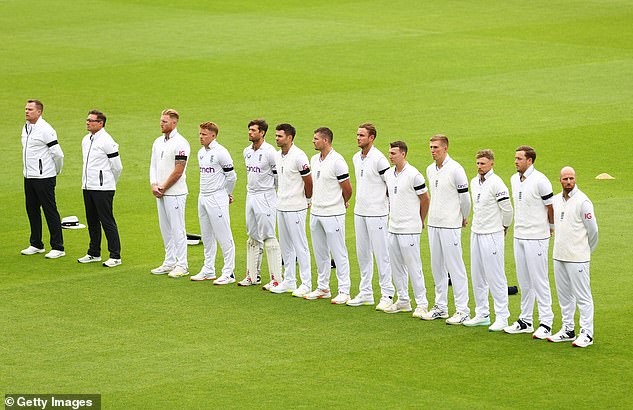 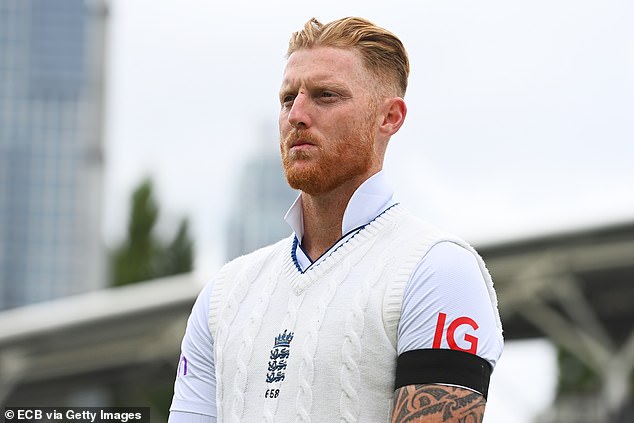 Despite being the ‘third’ day of the Test, today will be the first day of action at The Oval after Thursday’s play was abandoned due to the rain – without a ball being bowled.

The ECB wanted to add an additional day on Tuesday, but South Africa said they were not prepared to extend their stay by an extra day and will head for home as scheduled on Tuesday to prepare for their white-ball tour of India.

The series is level at 1-1, both sides having won a Test apiece by an innings inside three days.

Cricket is taking a different approach to football, with Premier League and EFL games postponed this weekend. 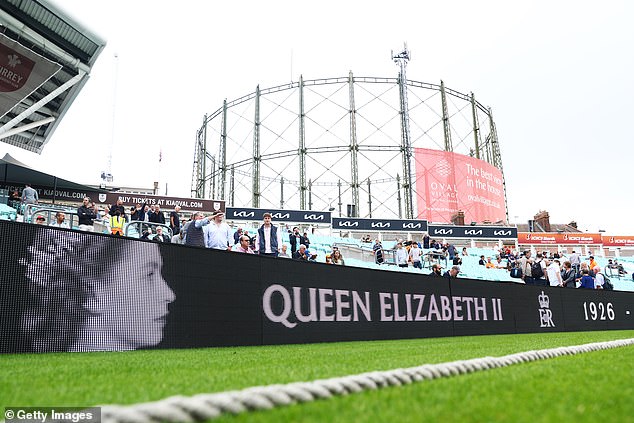 Tributes were paid to the monarch at The Oval, following her death on Thursday aged 96 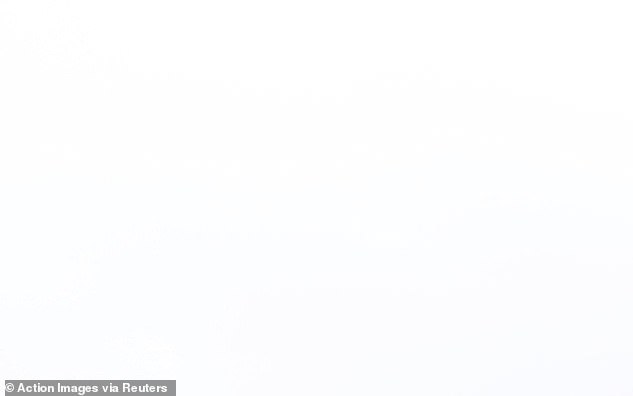 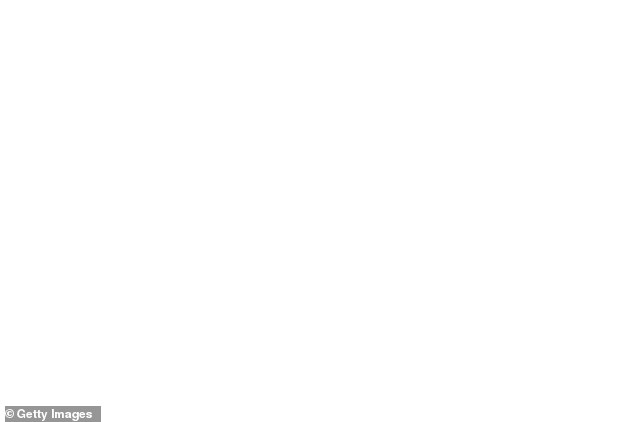 Spectators were asked to be in their seats by 10.30am for an on-field celebration of the Queen

Sportsmail exclusively revealed that English cricket could lose up to £4million if the Test was called off after the Queen’s passing.

Neither the ECB or Surrey County Cricket Club – whose home ground, the Oval, is where the Test is being played – are insured for a cancellation caused by the death of a monarch.

All ticket holders would have needed to be refunded on top of the loss of hospitality and catering income, though that is not now an issue with the game going ahead.

A Test match at the Oval generates around £1.3million in ticket sales and £1million in hospitality, plus around £500,000-per-day in catering and alcohol sales.