Glover Teixeira insisted that his upcoming bout with Jamahal Hill will have plenty of excitement, but admitted he was not the best ‘talker’ in the UFC.

The former light heavyweight champion pointed to his record of ‘Fight of the Night’ awards in suggesting he was capable of putting on a show, but also said he was aware that a war of words and trash-talk is often ‘what sells’ in the sport.

Teixeira’s clash with Hill takes place at UFC 283 in January, after Francis Ngannou’s high-profile departure from the company in search of Tyson Fury, and claims contract extension talks broke down after three of his demands were rejected.

Although the Brazilian-American believed he did not have the following of other fighters – and therefore was unable to attract the same level of sponsorship – he was proud of the fact he had achieved more inside the octagon.

‘I’m super happy to have this opportunity,’ he said in a Combate interview. ‘You can expect aggression, a thirst to win, go out there and impose my gameplan.

‘As you can see, I’m always focused and I always put on great fights. It’s no wonder I’m one of the light heavyweights with most ‘Fight of the Night’ awards. I was awarded the best fight of 2022,’ 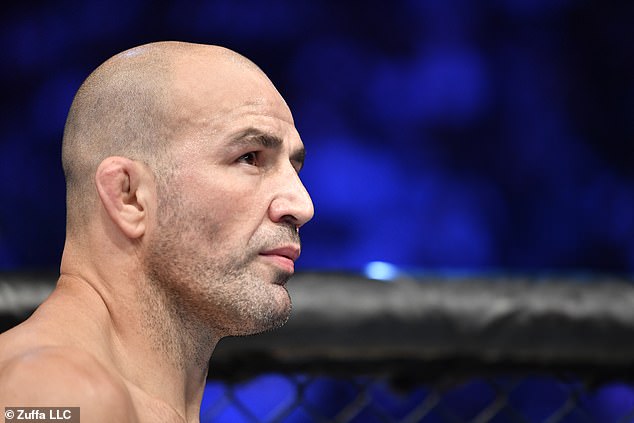 ‘I always put on a show for the fans. I’m not a talker. I don’t have that gift. Unfortunately, that’s what sells. I’m old school. I bring the fight. 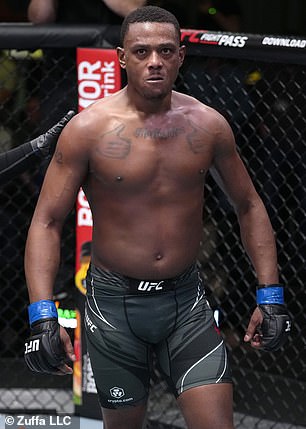 ‘It’s sad that people don’t like that. You can tell by my followers. A lot of guys don’t fight the way I fight, they haven’t done half of what I have, but they have many more followers than me. That gets them sponsors, they get everything.’

UFC’s rise in popularity owes much to the now familiar exchanges on social media and in press conferences, with characters such as Conor McGregor able to remain a key figure in the sport without having fought in 16 months.

Teixeira is one of the elder statesman of the sport, and is already the oldest first-time champion and is the second-eldest champion in UFC history, behind only Randy Couture.

The 43-year-old’s encounter with American Hill on January 22 will be his first since losing the UFC light heavyweight title to Czech fighter Jiri Prochazka in June 2022.

But with Prochazka injured and vacating his only recently acquired title, Teixeira has a chance to win it back when he takes on Hill in the co-main event on Sunday.

But, as he claims, the thrilling clash did win the ‘Fight of the Night’ award – the third in his UFC career – and he was awarded ‘Performance of the Night’ for his previous fight to take the light heavyweight title. 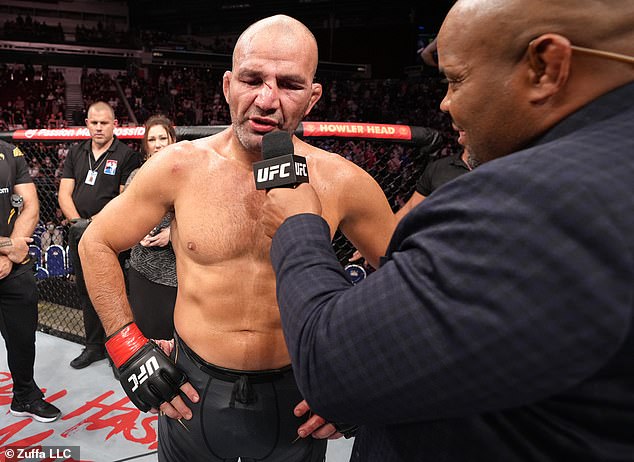