The discovery has led experts to rethink evolution, as these tiny creatures appear to have deviated from what is usually the gradual development of a species, said Professor Hans Larsson of McGill University’s Redpath Museum.

“When I first saw one, I was even skeptical if it was a dinosaur or not. It is just too strange,” said Larsson, describing the Yi and Ambopteryx dinosaurs.

“They’re like half a kilo or less. And they had really weird anatomy.”

He was part of an international team of researchers that scanned dinosaur fossils using laser-stimulated fluorescence to pick up soft-tissue details of their wing membranes.

From there, the team used mathematical models to predict how the animals might have flown, testing different variables like weight, wingspan, wing shape, and muscle placement.

Unable to compete with other tree-dwelling dinosaurs and early birds, the Yi and Ambopteryx  went extinct after just a few million years, having lived in what is now China during the late Jurassic period about 150 million years ago.

The research team’s findings support the theory that dinosaurs evolved flight in several different ways before modern birds evolved, according to a McGill announcement.

WATCH | McGill professor explains what’s so significant about this finding 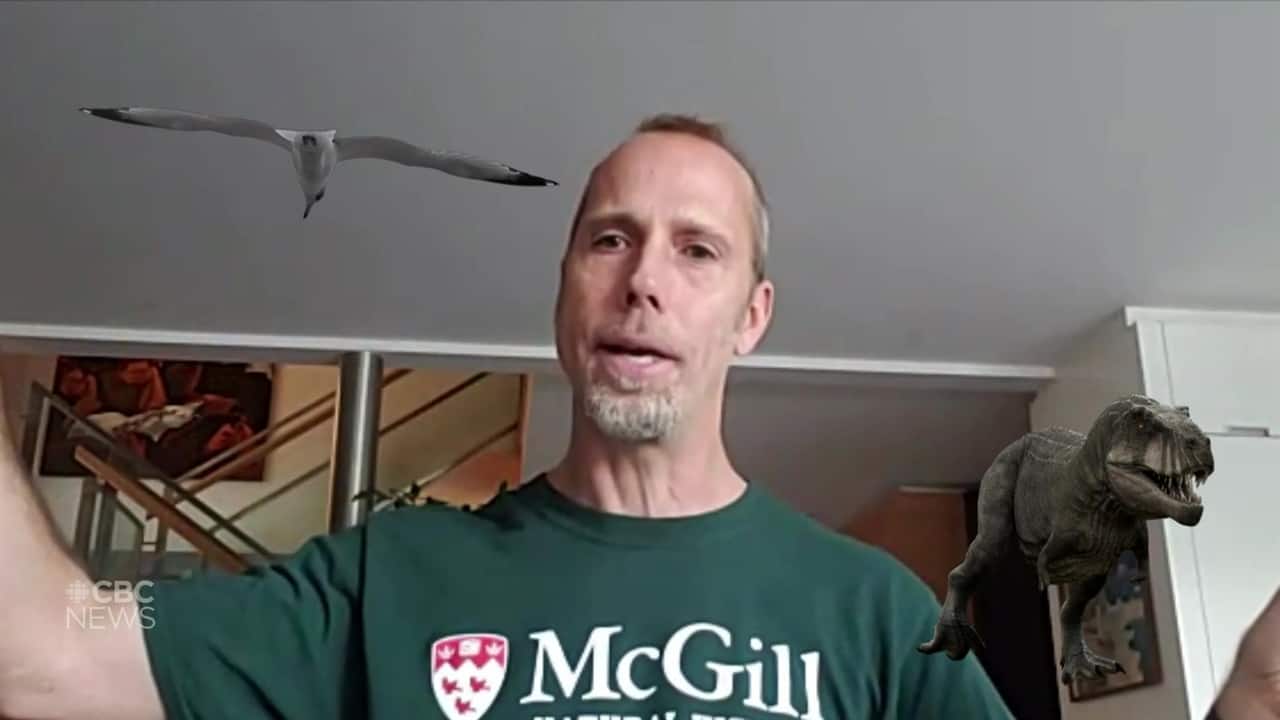 Climb to highest point and leap

Yi and Ambopteryx were at home in the trees and lived on a diet of insects, seeds, and plants.

Although gliding is not an efficient form of flight since it can only be done if the animal has already climbed to a high point, it probably did help Yi and Ambopteryx stay out of danger while they were still alive, the announcement says.

There are many different types of amphibians, lizards, mammals and even snakes that glide between treetops today.

But discovering dinosaurs that did the same is particularly intriguing because it means there is not just one single evolutionary transition from dinosaurs to modern birds, Larsson explained.

“Paleontologists are very confident that birds are dinosaurs,”  he said. “All data points to that. And we have lots and lots of dinosaurs that are basically grading up into the anatomy of birds.”

Researchers are now looking more closely at the musculoskeletal anatomy of these bat-winged and other feathered dinosaurs that evolved around the origin of birds.

Scientists have long believed that the evolution of birds occurred on a linear trend from their ground-dwelling dinosaur ancestry.