Glamorous AFL WAG and model, 26, reveals she’s battling thyroid cancer just a week after her wedding – as she explains why she broke the news with a picture of herself in hospital

Just a week after marrying her soulmate in Covid and lockdown-free Western Australia a glamorous AFL WAG and model has revealed she’s in hospital battling thyroid cancer.

Liv Cripps, 26, broke the devastating news on Friday with a picture of herself lying in a hospital bed giving the camera a thumbs up, with countless tubes and wires surrounding her body.

The new wife of star West Coast Eagles player Jamie Cripps remarked that ‘cancer’ wasn’t a word she ever expected to hear in her mid twenties but she felt it was important to share so everyone checks on their own irregular ‘lumps’.

‘A few weeks ago I was diagnosed with thyroid cancer,’ she wrote on Instagram.

‘So thankful to be surrounded by so many amazing friends and family who have shown so much love and support.’ 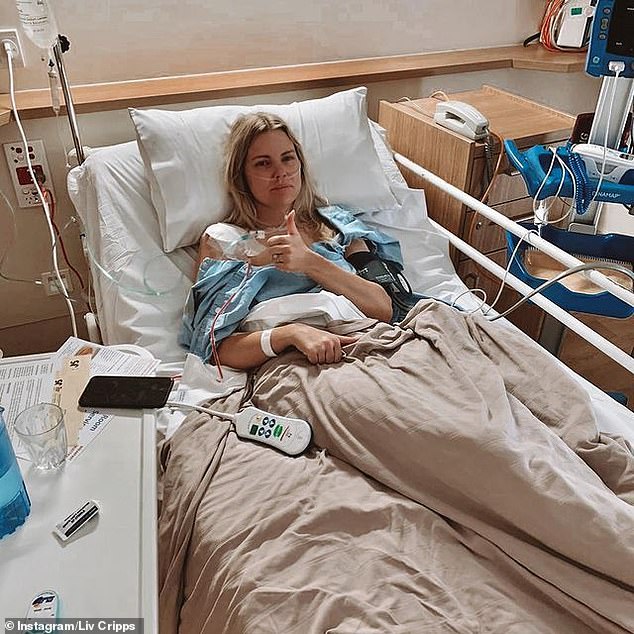 Liv Cripps (Stanley), 26, took to Instagram on Friday to share the tragic news and posted a photo of her from hospital in bed with a thumbs up

Ms Cripps, who is represented by Chadwick Models, said she wanted to share the diagnosis with her 8,000 followers to urge other Australians to get regular health checks.

‘Sharing my story to help encourage others to get those lumps checked because you can never be too sure,’ she said.

According to Cancer Council Australia around 2,900 people are diagnosed with thyroid cancer each year in Australia.

It is the most common cancer diagnosed in women aged 20-24.

The model from Perth has received an influx of well-wishes and support from her friends who were distraught to hear about her health struggles.

Former Miss Universe Australia winner Olivia Molly Rogers wrote underneath the photo: ‘Thinking of you Liv. You’ve got this x’.

While Love Island Australia star and AFL WAG Tayla Damir wrote: ‘Oh Liv. Sending you all the love and strength in the world.’ 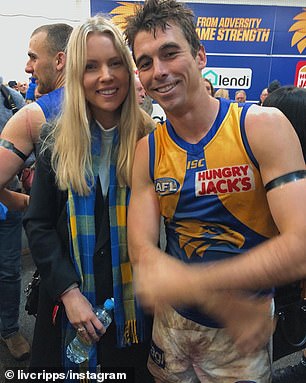 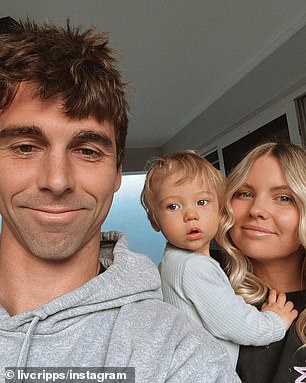 Ms Cripps, who is represented by Chadwick Models, said she wanted to share the diagnosis with her 8,000 followers to urge other Australians to get regular health checks 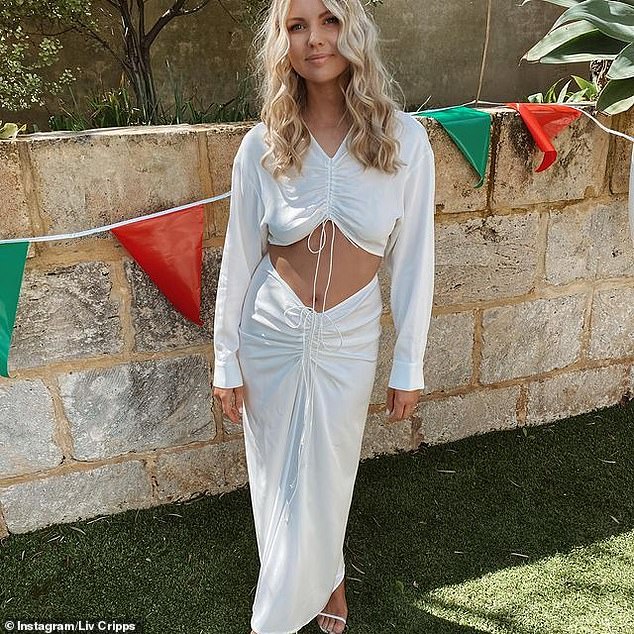 The announcement of her cancer diagnosis comes just seven days after the AFL WAG married Jamie Cripps in a luxurious ceremony in Western Australia.

The couple were surrounded by family and friends as they celebrated their nuptials at Black Brewing Co, a craft beer brewery in Margaret River.

The AFL star got down on one knee and popped the question in Queenstown, New Zealand, two years ago.