Look what I got for Christmas! Women show off the lavish presents given to them by doting boyfriends in new TikTok trend – from gold jewellery to designer bags

TikTok users have been showing that it’s not always the thought that counts when it comes to Christmas presents, it’s sometimes all about the price tag.

Lucky girlfriends in receipt of expensive gifts have been showcasing some of the indulgent Christmas gifts they received from smitten partners this December 25th, including designer bags, perfumes, trainers and jewellery.

Irish user Kayla showcased a present bundle worth hundreds of pounds that included a Dior ring, a pair of Nike trainers, a Guess watch and some designer perfume. Meanwhile Scottish user Catt shared her yuletide haul of a trendy top, a costly pair of trainers from footwear brand Buffalo and a Gucci ring.

Here, FEMAIL reveals some of the more luxurious presents women from across the country have been showing off on the social media platform. 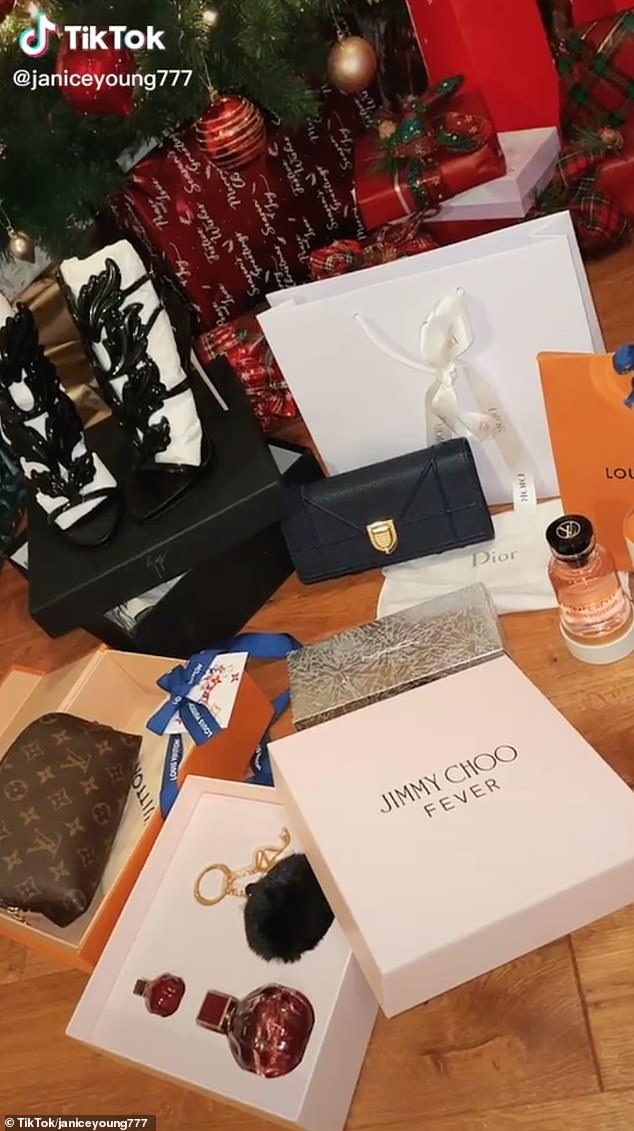 Lucky gal: Janice, from York, showed off her haul of presents from her boyfriend, including Dior and Louis Vuitton bags, designer shoes and Jimmy Choo perfume 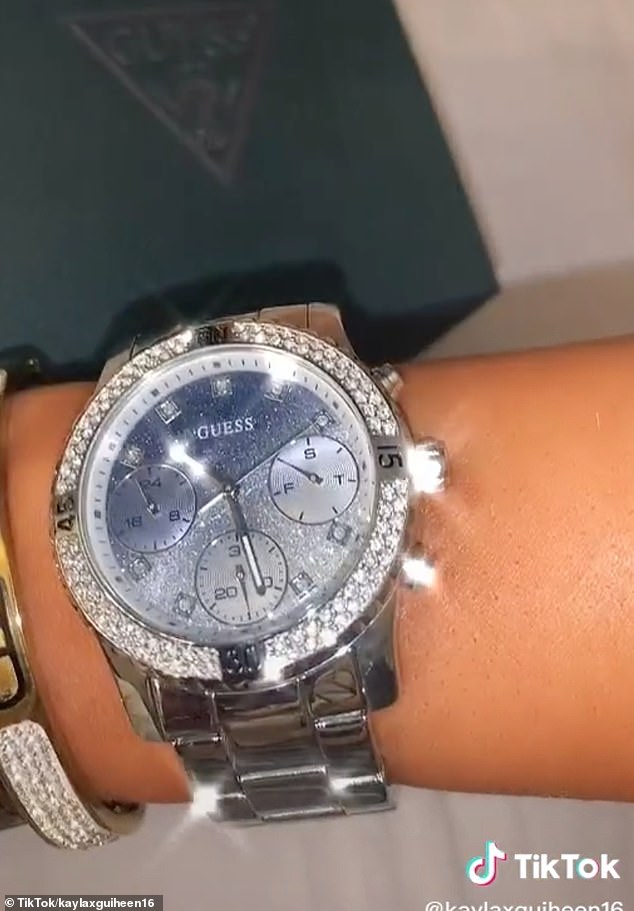 Kayla also received a Guess Gemini watch from her boyfriend, which retails at around £179 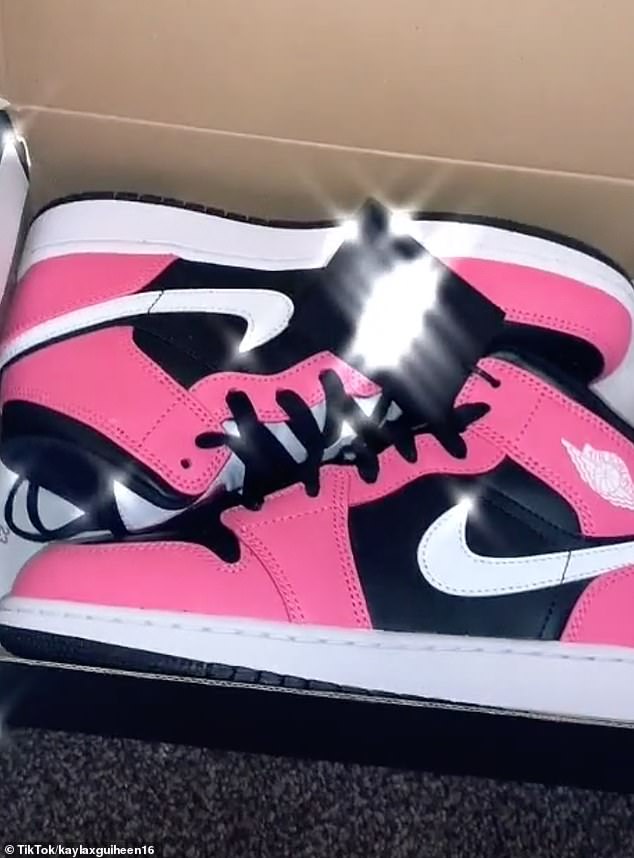 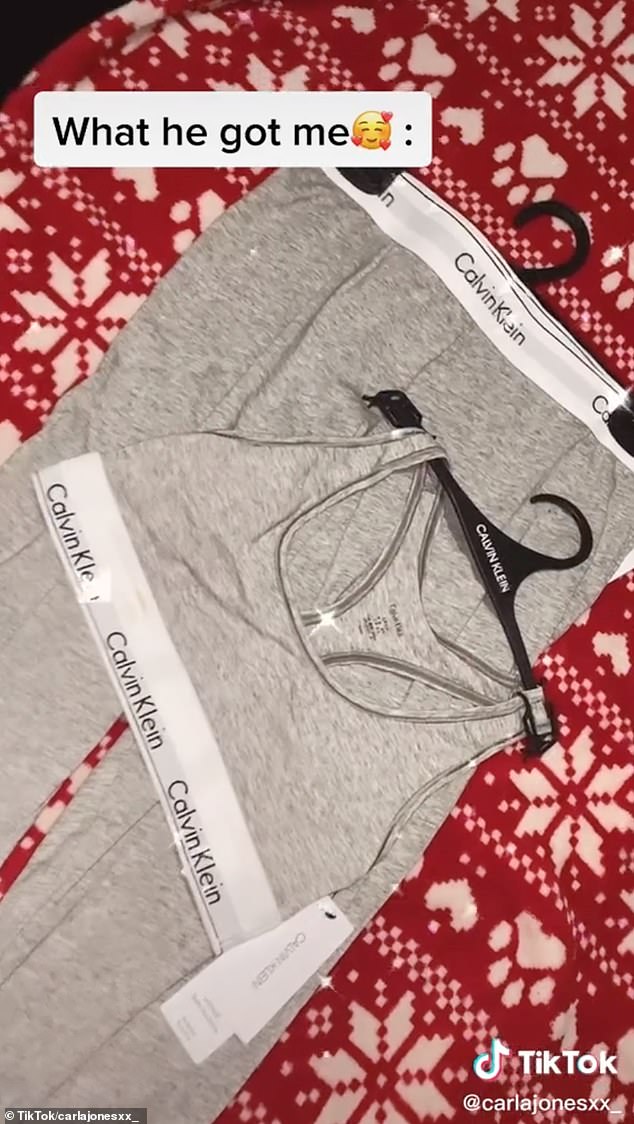 Carla, from Manchester, was treated to a matching Calvin Klein loungewear set, costing around £65, from her beau 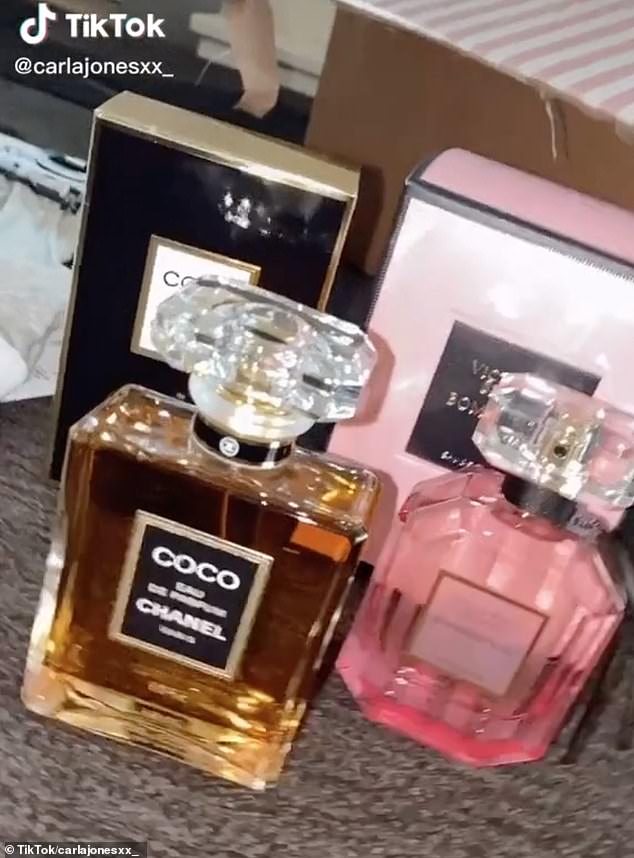 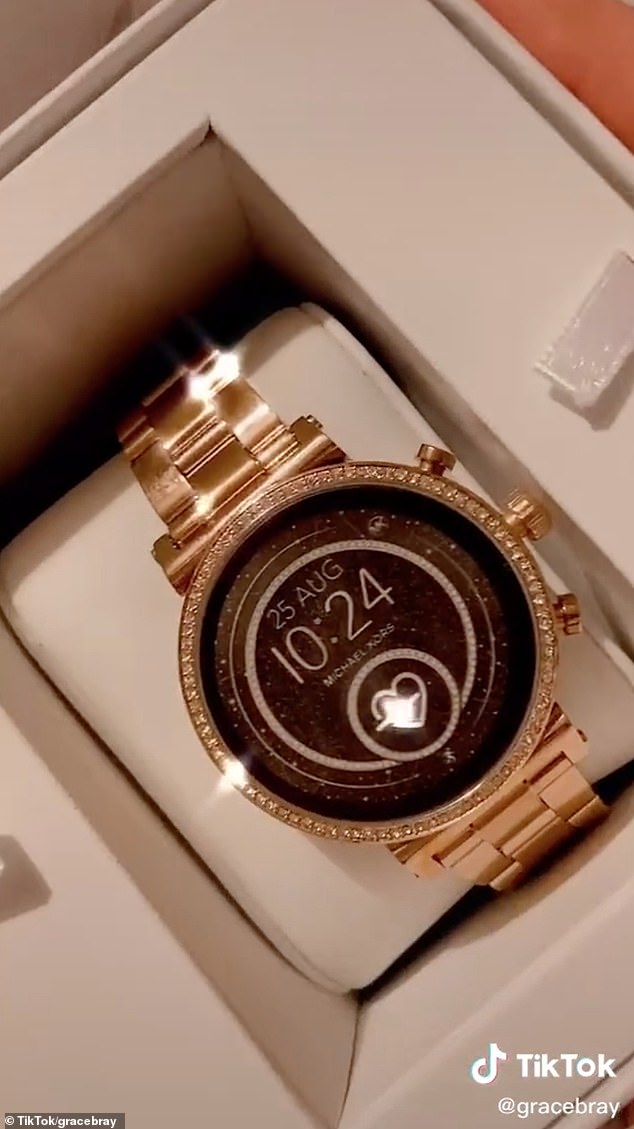 Grace, from Bristol, received a stylish rose gold-plated Michael Kors watch for around £230 from her boyfriend 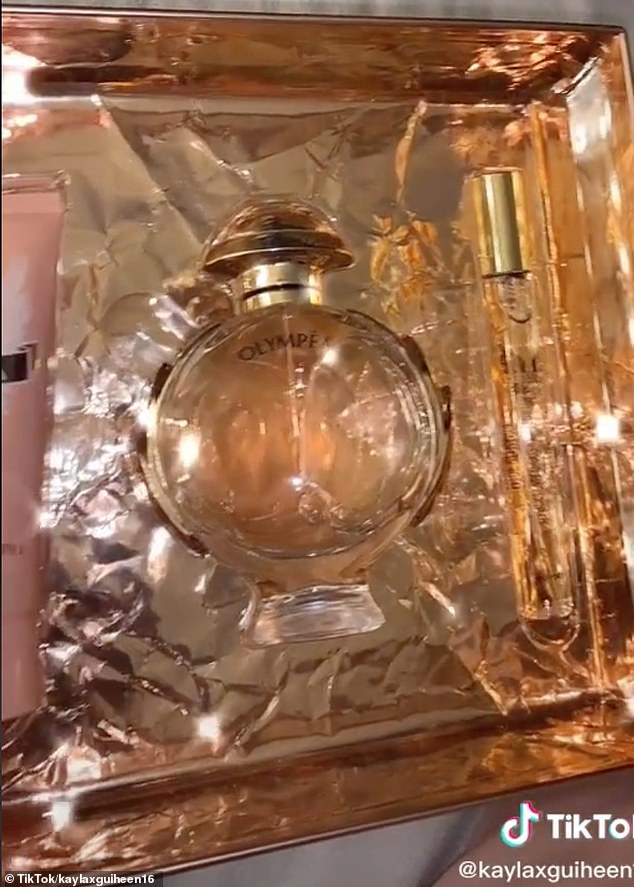 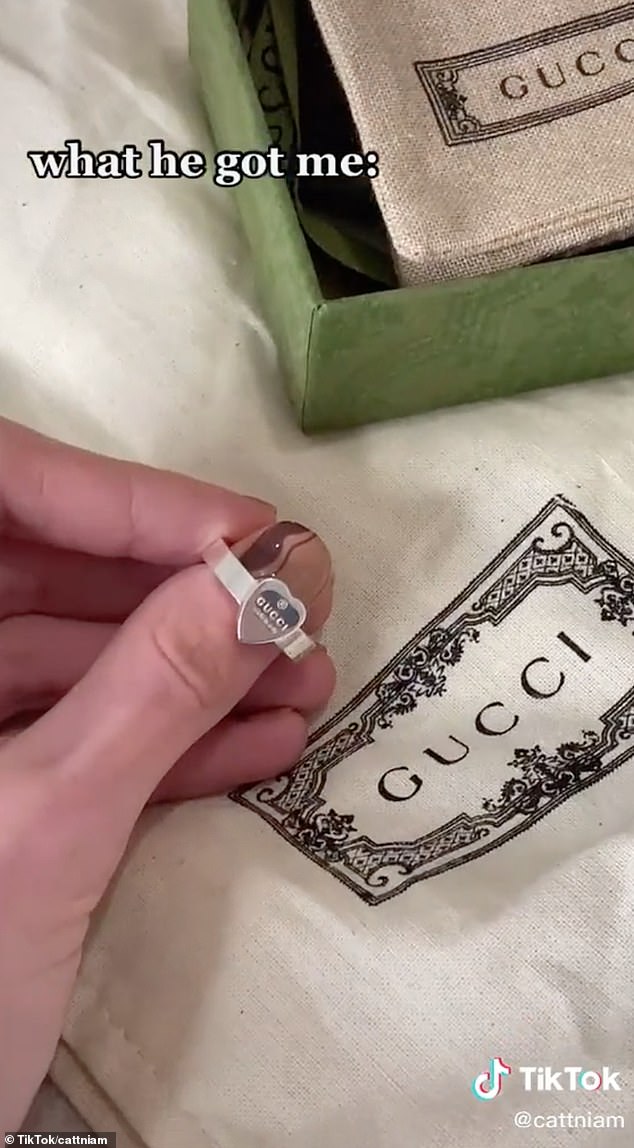 Scottish user Catt, 19, revealed her boyfriend had given her a Gucci trademark silver heart ring for £160 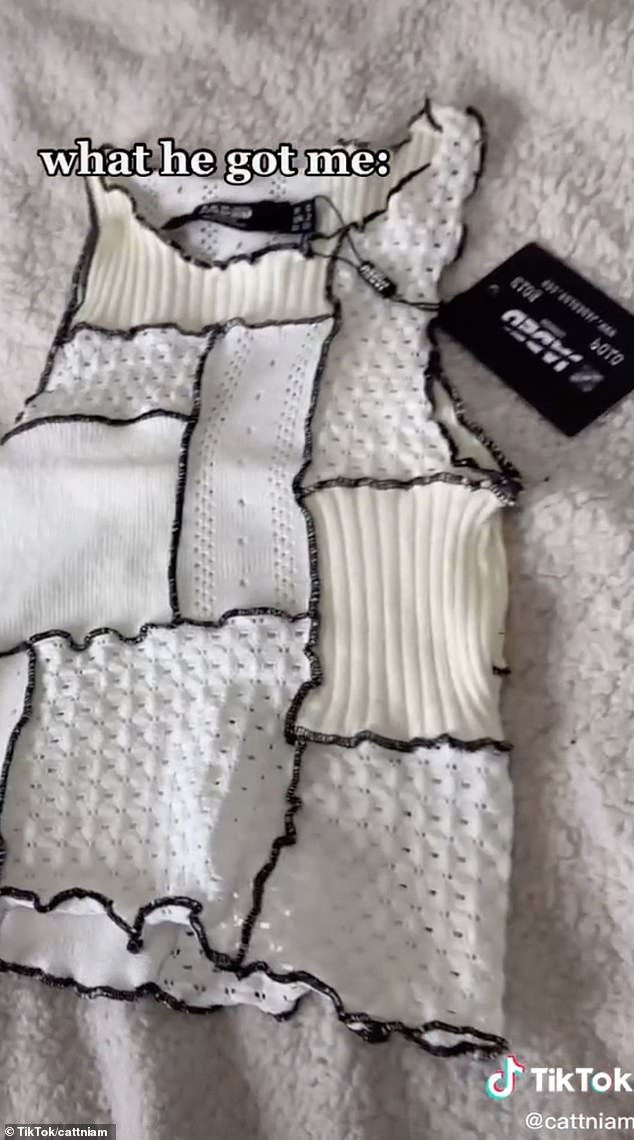 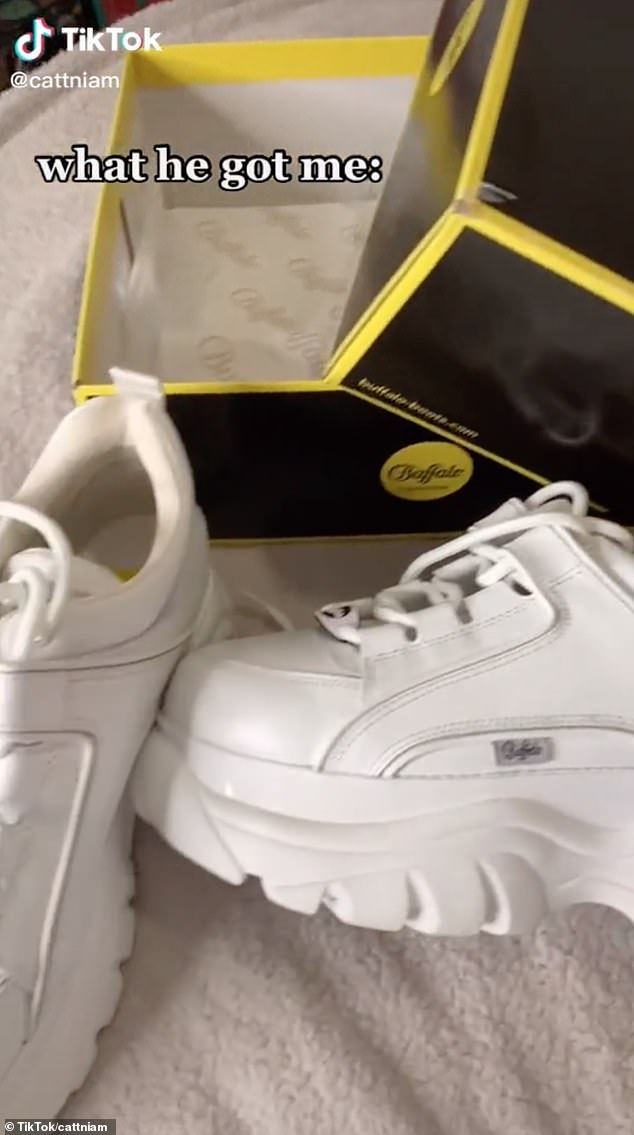 The lucky user was also treated to a pair of Buffalo London classic low-top trainers in white patent, which cost around £150