A young woman has been left traumatised after seeing her reggae DJ boyfriend allegedly beaten so badly he is in a critical condition in hospital.

Darrien Fisher, 23, who performs as DJ Dazz, was allegedly assaulted by four men outside Jackson’s Hotel in Melbourne’s Toorak in the early hours of January 1.

He had been playing at the New Year’s Eve Sounds of Africa party and was leaving with his girlfriend to go home about 3am when he was allegedly punched and kicked by the group.

His girlfriend, 20, who did not wish to be named and was also allegedly assaulted when she tried to help Mr Fisher, said ‘I am very traumatised. I am not mentally OK right now.’

Michael Nous, 19, Mohamed Buram, 20, Ayoub Abdulrahman, 19, and Cleveland Momia, 23 have since been charged with recklessly causing injury in circumstances of gross violence, affray and assault. 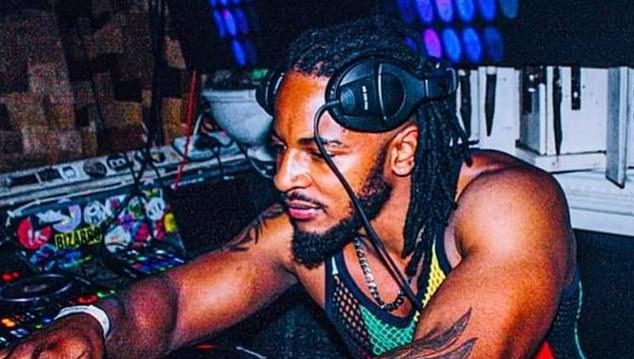 Prosecutors allege the music star ‘politely’ asked the men to move away from his car, which led to one responding with a slur.

The court heard Mr Fisher was was allegedly punched by Momia before the other three are accused of joining in, kicking him in the head, groin and back.

His girlfriend tried to shield him but was allegedly injured in doing so.

Mr Fisher was left blood-soaked and unconscious with the four men accused of fleeing the scene, the court heard. 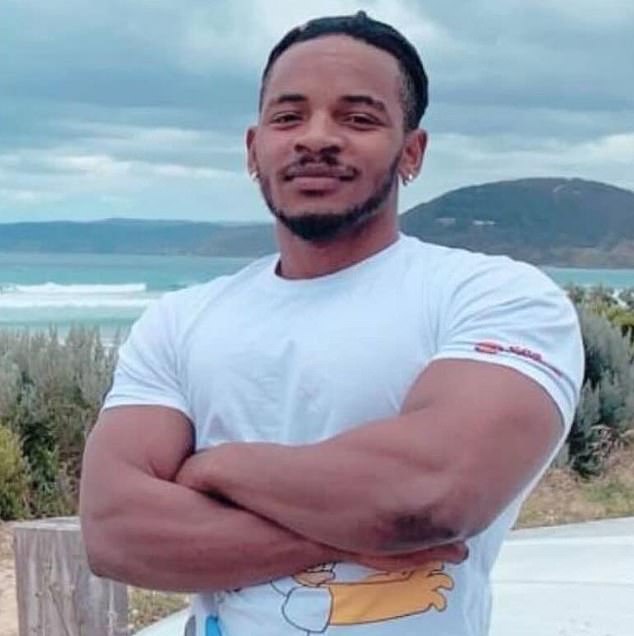 Darrien Fisher (pictured) who performs as DJ Dazz, was allegedly attacked in the early hours of New Year’s Day

The men were arrested nearby after being filmed by a witness running east along Jackson Street, the court heard.

Detective Senior Constable Christos Pappas said CCTV from a nearby Woolworths captured ‘most of the incident’ including the moment Mr Fisher fell to the ground.

Momia, who appeared without a lawyer and requested bail, said he was ‘a bit intoxicated’ and only remembered ‘glimpses, bits and pieces’ of what happened, the court heard.

He claimed Mr Fisher had thrown the first punch in the alleged attack.

Magistrate Robert Stary said the alleged assault was a ‘serious attack on a defenceless person’ The Age reported. 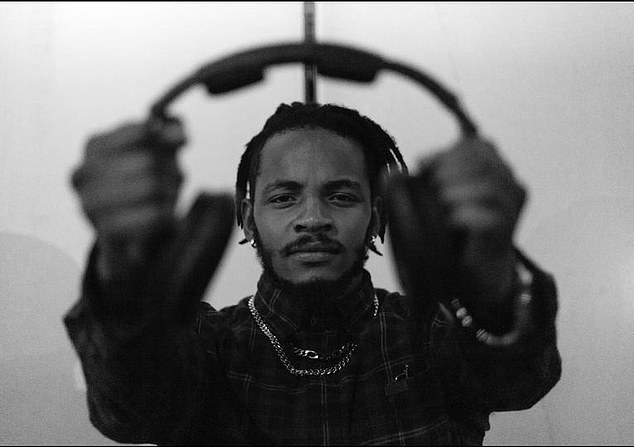 ‘In my view, it’s a serious allegation of recklessly causing serious injury in circumstances of gross violence and, in my view, there are no exceptional circumstances,’ he told the court.

Fellow DJ Dizzy Dee said Mr Fisher is a ‘friendly guy’ who he never saw get into any trouble.

He said Mr Fisher’s girlfriend was seen crying with blood on her dress after the alleged assault.

‘She was really distraught,’ he said.

Nous, Buram, Abdulrahman and Momia will return to court in March.