A woman who was ‘stolen’ from her family in the UK when she was just four years old and raised by travellers in Canada and New Zealand, before settling down in Australia, has been reunited with her biological family.

Susan Gervaise, 57, was taken from her biological family in Pontefract, West Yorkshire in 1969 after the travellers invited her on holiday to a Disney theme park.

The couple, from Scotland, asked Ms Gervaise’s birth mother if she could accompany them on the trip and promised to return her to England afterwards.

The travellers, who had been provided a copy of her birth certificate, instead took Ms Gervaise to Canada, then Australia and later New Zealand. The couple raised her as their own daughter.

Ms Gervaise, who was born Susan Preece, said she had believed her biological family disowned her and that her so-called adoptive parents ‘spoiled’ her ‘rotten.’

She didn’t learn she had been stolen until she was 16 and hadn’t connected with her birth family until 53 years after her disappearance. Ms Gervaise, after tracking down her biological relatives on Facebook, has now been reunited with four of her six biological siblings back in West Yorkshire. 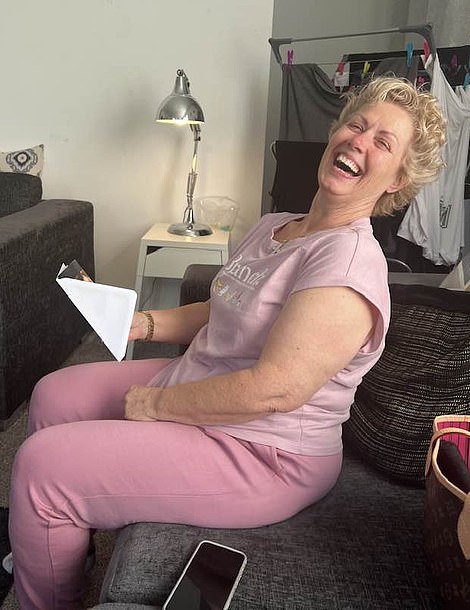 Susan Gervaise, 57, has been reunited with four of her six siblings after she was stolen by travellers and taken to Canada at age four. Pictured: Ms Gervaise as a child (left) and now (right) 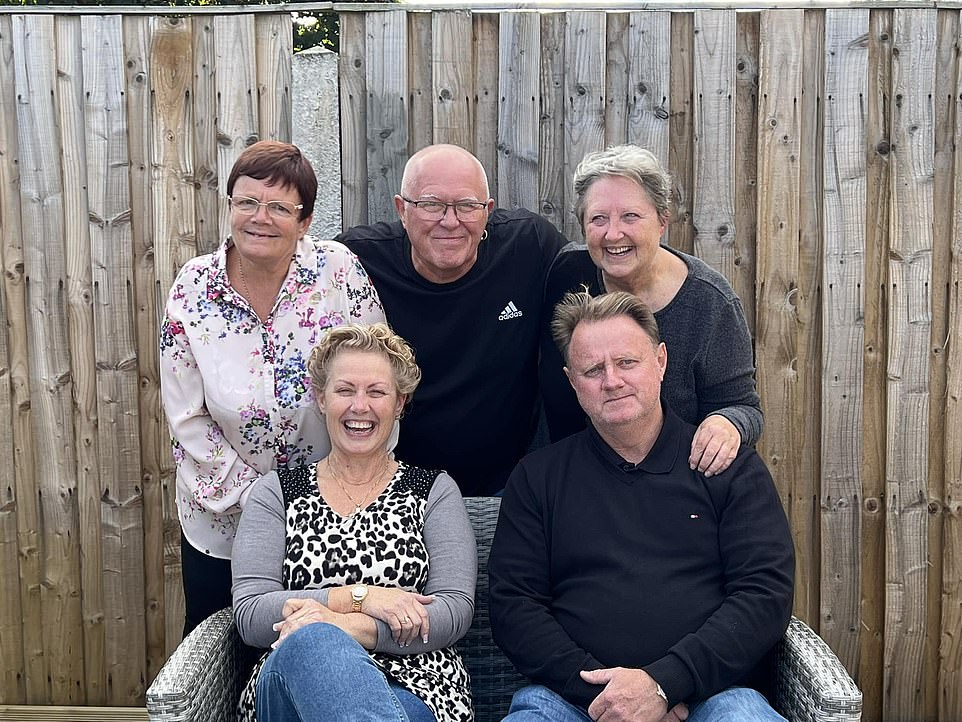 Susan Gervaise (front left), 57, was reunited with four of her six siblings after having tracked them down on Facebook 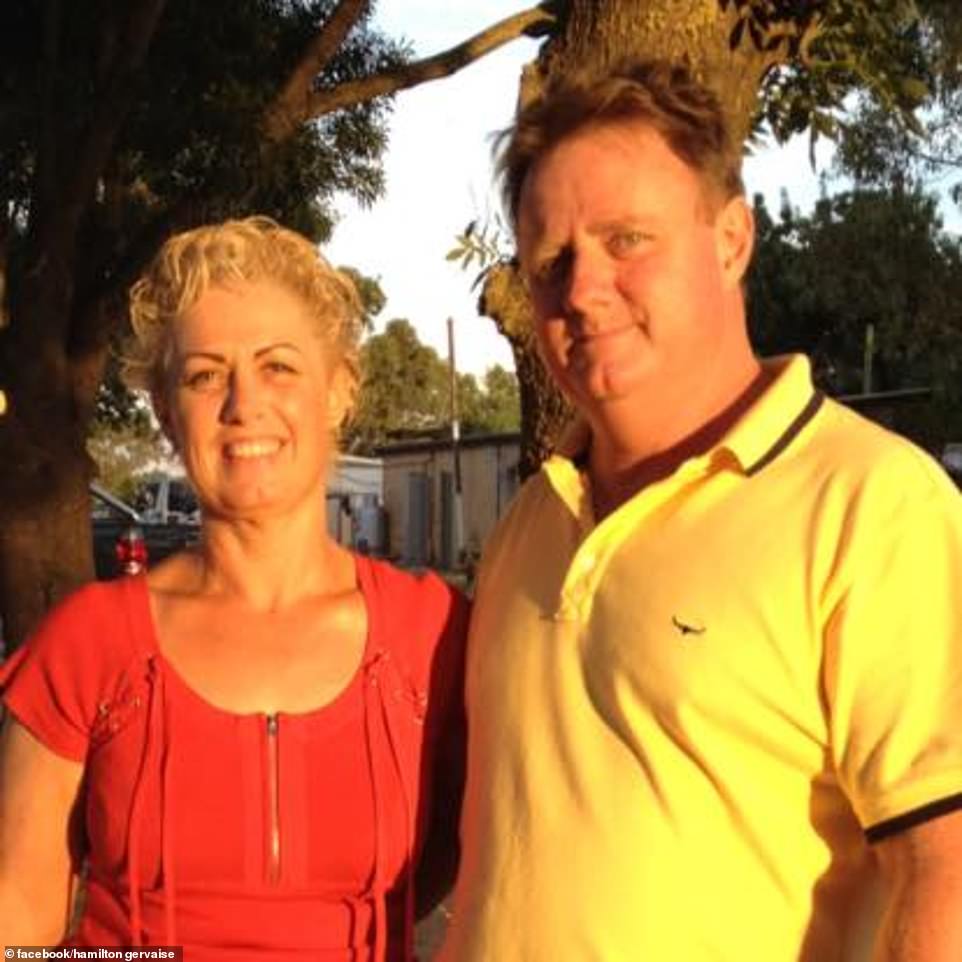 The mother-of-three now wants to show others that there is hope for missing children after she was finally able to put her biological family’s mind at ease and tell them she had always been safe and loved. She is pictured with her husband, Hamilton 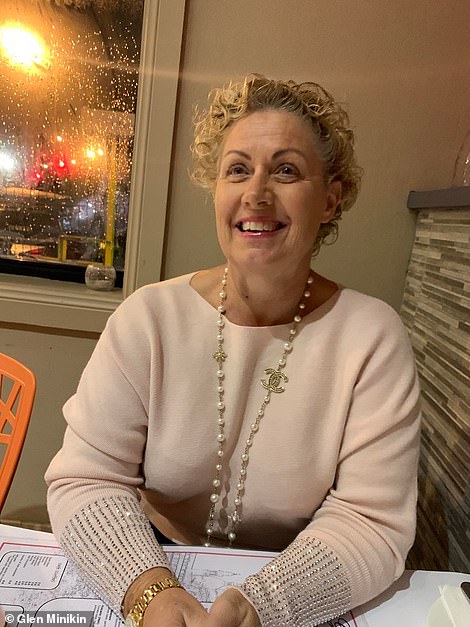 Ms Gervaise, who was born Susan Preece, said she had believed her biological family disowned her and that her so-called adoptive parents ‘spoiled’ her ‘rotten’

Ms Gervaise, a grandmother-of-four, who now lives in Australia, had lived in an old vicarage on a traveller’s site in Pontefract, West Yorkshire as a child in 1969.

She met the couple who ended up ‘stealing’ her at the old vicarage.

‘As a child I lived with my six siblings in an old vicarage on a traveller’s site. We weren’t travellers,’ she explained.

‘My mum was on her own and we were all in and out of foster care.

‘I was befriended by a couple on the site who were from Scotland, the woman, who I call my mum, had MS and they had two sons.

‘I think they wanted a girl. They asked my mum if they could take me to Disney and she gave them my birth certificate so I could be put on their passport.’

At that time, a child could travel internationally with a birth certificate and parental permission.

Ms Gervaise’s ‘host family’ instead added her name to their family’s passport, allowing her to join them abroad.

She continued: ‘They took me to Canada then Australia and later New Zealand. This was always their plan.

‘I lived with the travelling community and lived a cherished life where I was spoiled rotten.

‘My mum died from MS when I was 10, but even then, being raised in the hub of a travelling community I was very loved.

‘I have always been happy growing up. I travelled the world.’ 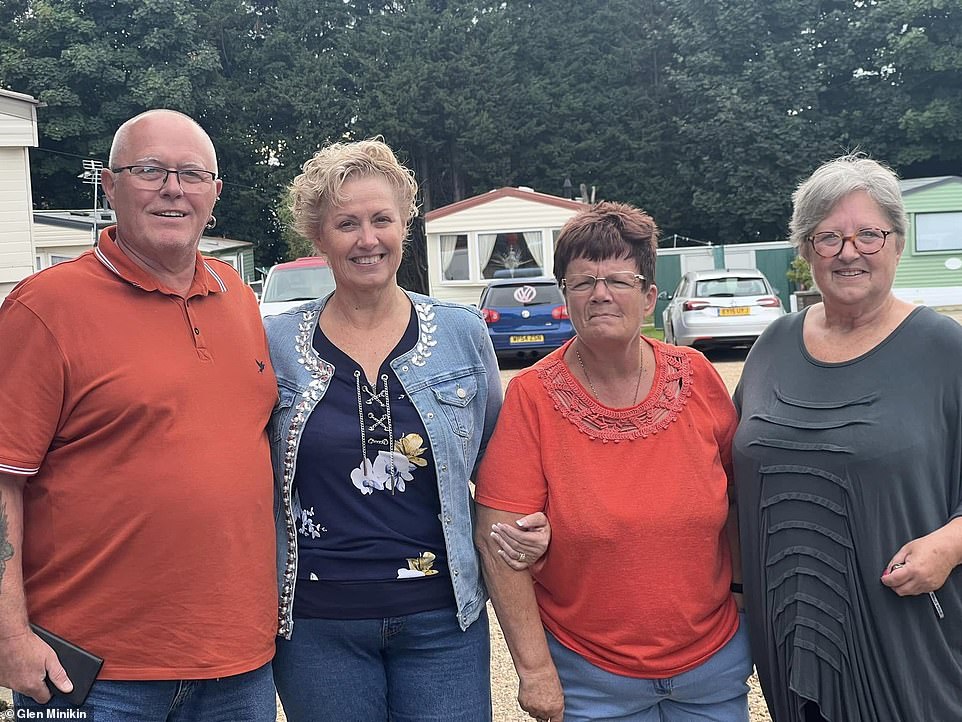 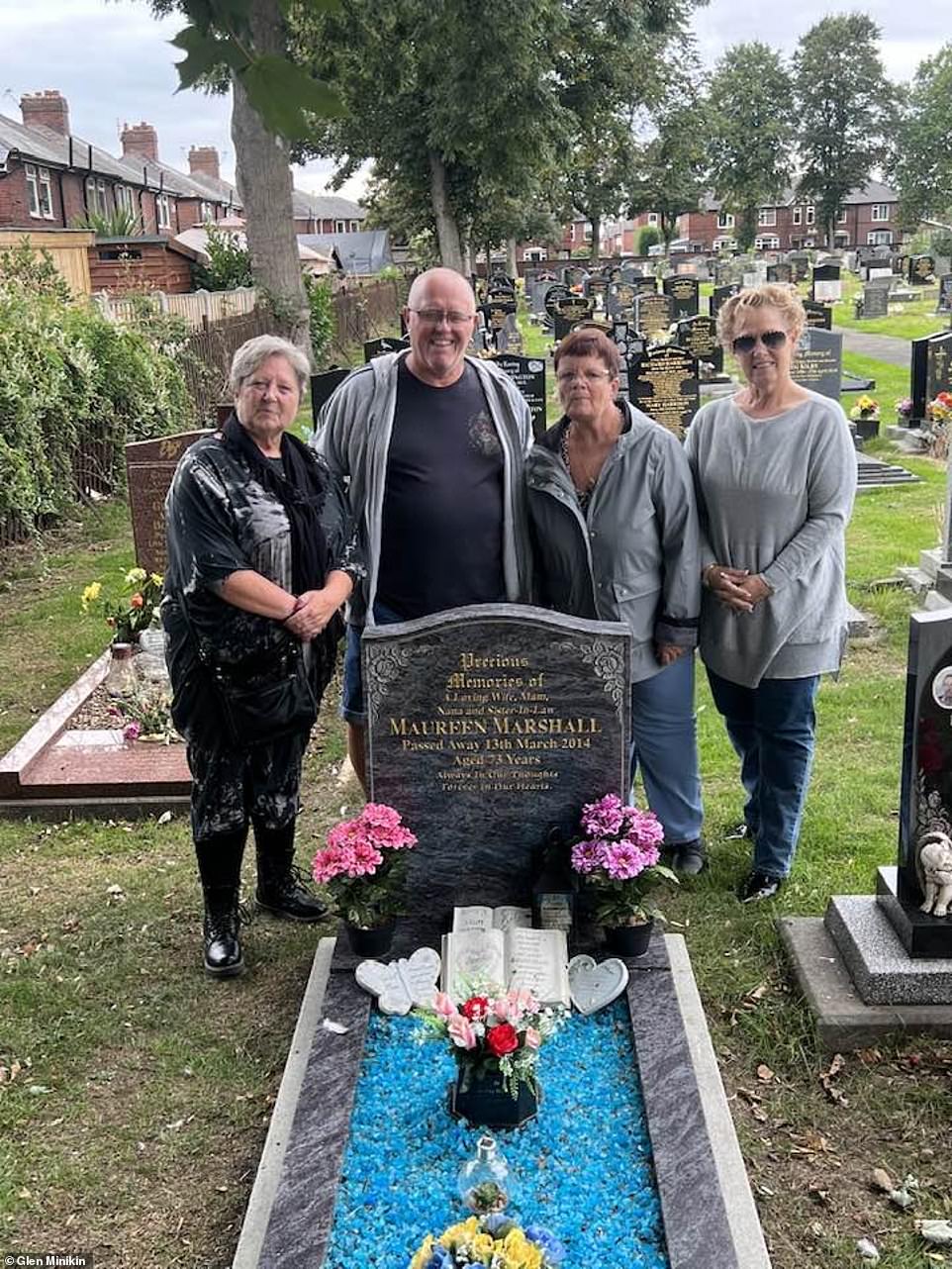 Ms Gervaise always knew she had her birth certificate but kept being told she had been put up for adoption.

She only discovered she had been taken when she needed to get a passport to return to Australia from New Zealand, aged 16.

‘We went to New Zealand nd I didn’t need a passport to get into the country, but when it came to returning to Australia, I did,’ she told The Wakefield Express.

‘I applied, but I needed a signature from my mother or father – that’s when dad told me they didn’t adopt me, I had been stolen.’

Ms Gervaise had to wait until she was 18 to apply for an adult passport and returned to Australia at 19, where she met her husband and had three children and four grandchildren. Her ‘father’ died when she was 21.

‘The enormity of what happened to me didn’t hit me, I just carried on with my life,’ she said.

‘It was only when somebody who was adopted asked me what my family back in the UK would be feeling and that was a lightbulb moment for me.’

After her husband instigated the search and sent out a Facebook appeal on the local Knottingley and Ferrybridge Community page in June, her family were located within 30 minutes.

All of her siblings are still alive and all but one still lives around Pontefract. 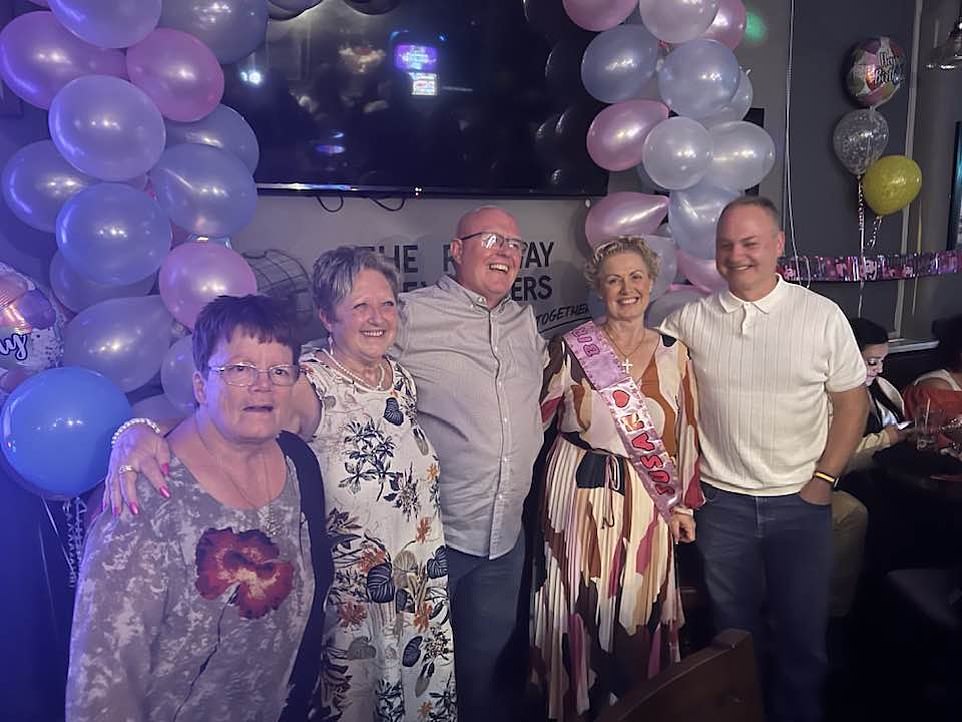 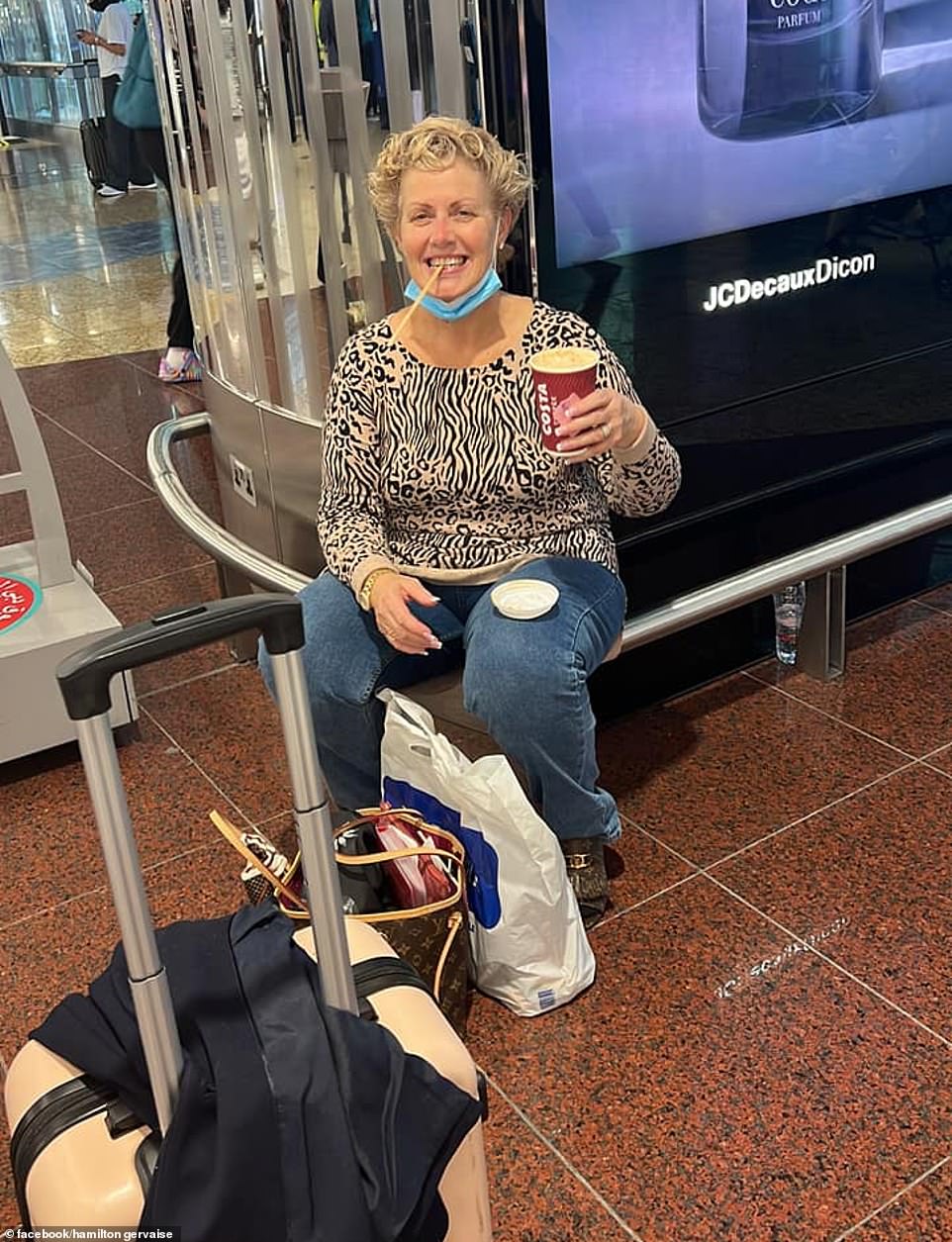 The mother-of-three now wants to show others that there is hope for missing children after she was finally able to put her biological family’s mind at ease and tell them she had always been safe and loved.

She said: ‘When I spoke to my family they were crying hysterically because I was alive.’

The mother, who is in the UK until October 20, coincided her visit back home to meet them during her 57th birthday so she could throw a party with her family.

She said: ‘To this day we don’t know why the police were never involved. I’m thinking it must have been because my mum gave them permission to take me and the fact we were in and out of foster care.

‘But there have been several appeals through Missing Persons over the years and my mum continually returned to the traveller’s site after moving away to look for me.’

Unfortunately she would never be reunited with her biological mother who tragically died eight years ago, meaning she never found out that her daughter was safe.

Ms Gervaise’s niece, Emma McFadyen, said: ‘It was said that Susan’s mother did go out looking for her over the years, but with no luck.

‘After she died there were so many questions that remained unanswered. Things were different back then. There was no paper trail, no police report.

‘We never thought this would happen. It’s been amazing – especially for my mum. She has Parkinson’s and dementia, so it’s amazing she’s been reunited with her sister before she deteriorates. She’s now complete.’

Ms Gervaise said: ‘It gives a message to anybody who has lost somebody that miracles do happen. There is hope.’