They are among the modelling industry’s most in-demand stars.

And Gigi Hadid and Irina Shayk both looked sensational as they walked the catwalk at the Max Mara fashion show for Milan Fashion Week on Tuesday.

Gigi, 26, looked stunning in a black bra top and mini skirt for the show while during the rehearsals she wore a yellow open shirt and leather trousers which highlighted her toned midriff.

The star also sported a matching pair of trousers while she added height to her frame with silver boots.

Styling her brunette locks into a ponytail, Gigi added to her outfit with a black handbag and a pair of sunglasses.

The model was also spotted making her way to the rehearsal session where she donned a pair of black leopard print shoes and a cream face mask.

Wow: During the show, Gigi also sported a pair of eye-catching silver sandals and a light pallet of makeup 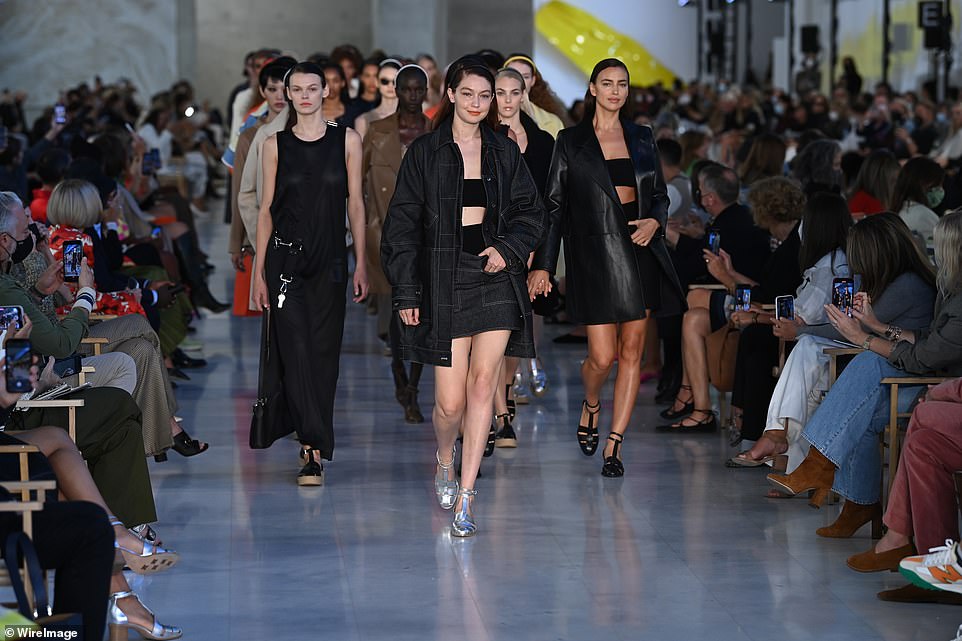 Incredible: Gigi looked nothing short of sensational as she led the models strutting their stuff down the runway 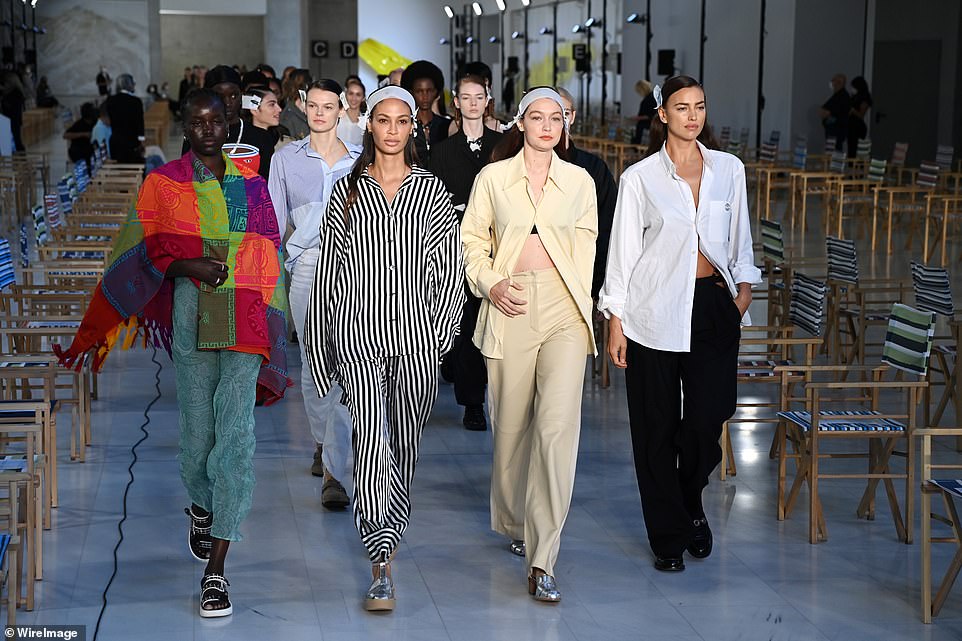 Irina, 35, showed off her modelling skills as she took to the runway in a crisp white open shirt.

The Russian beauty also sported black trousers and a matching pair of shoes as she prepared for the show.

Letting her tresses fall loose down her shoulders, she also wore a light blue feathered piece in her hair.

The youngest member of the Hadid family sported a dark grey printed T-shirt and a matching pair of jeans. 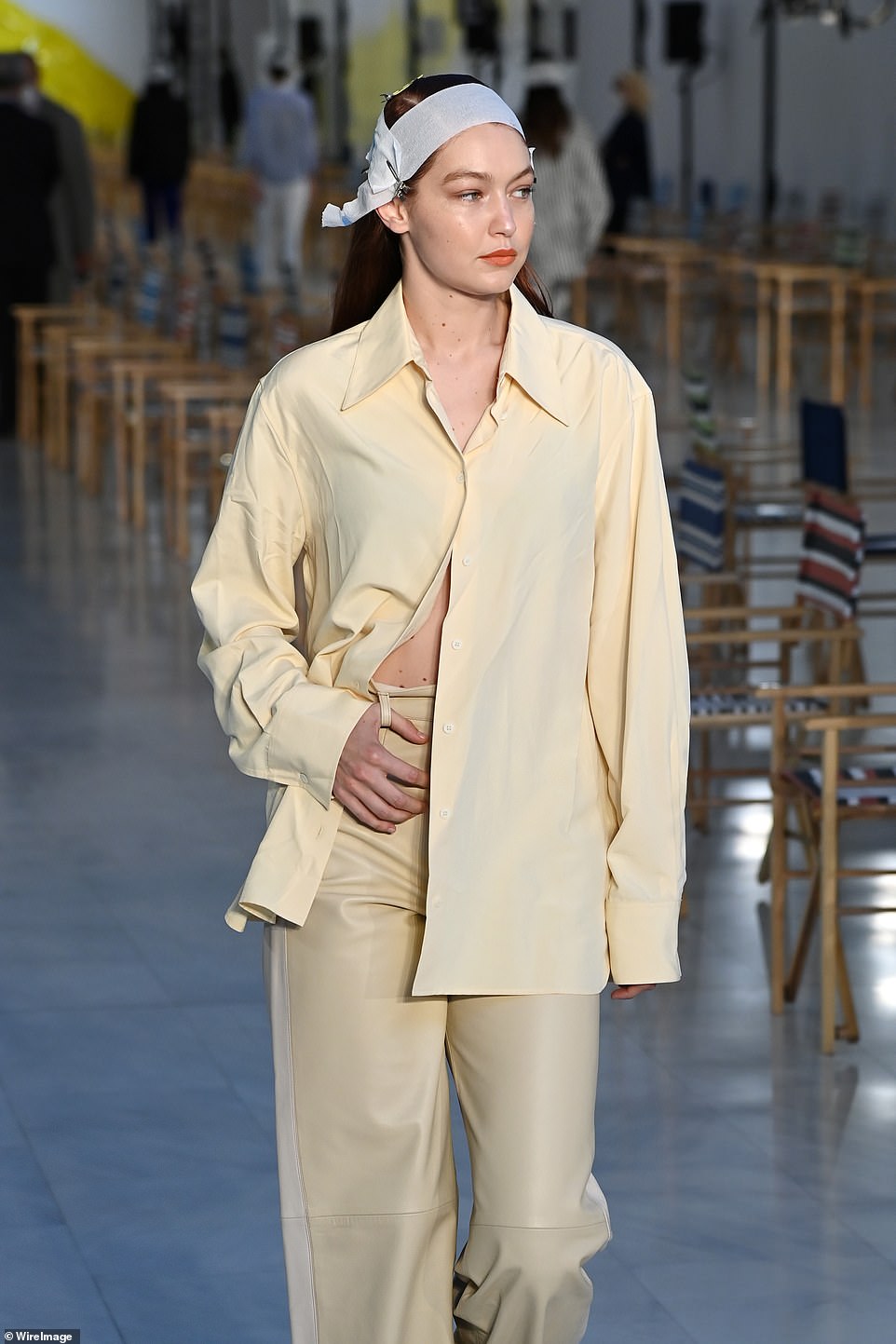 Runway: Gigi, 26, donned a cream open shirt for the rehearsal day which highlighted her toned midriff 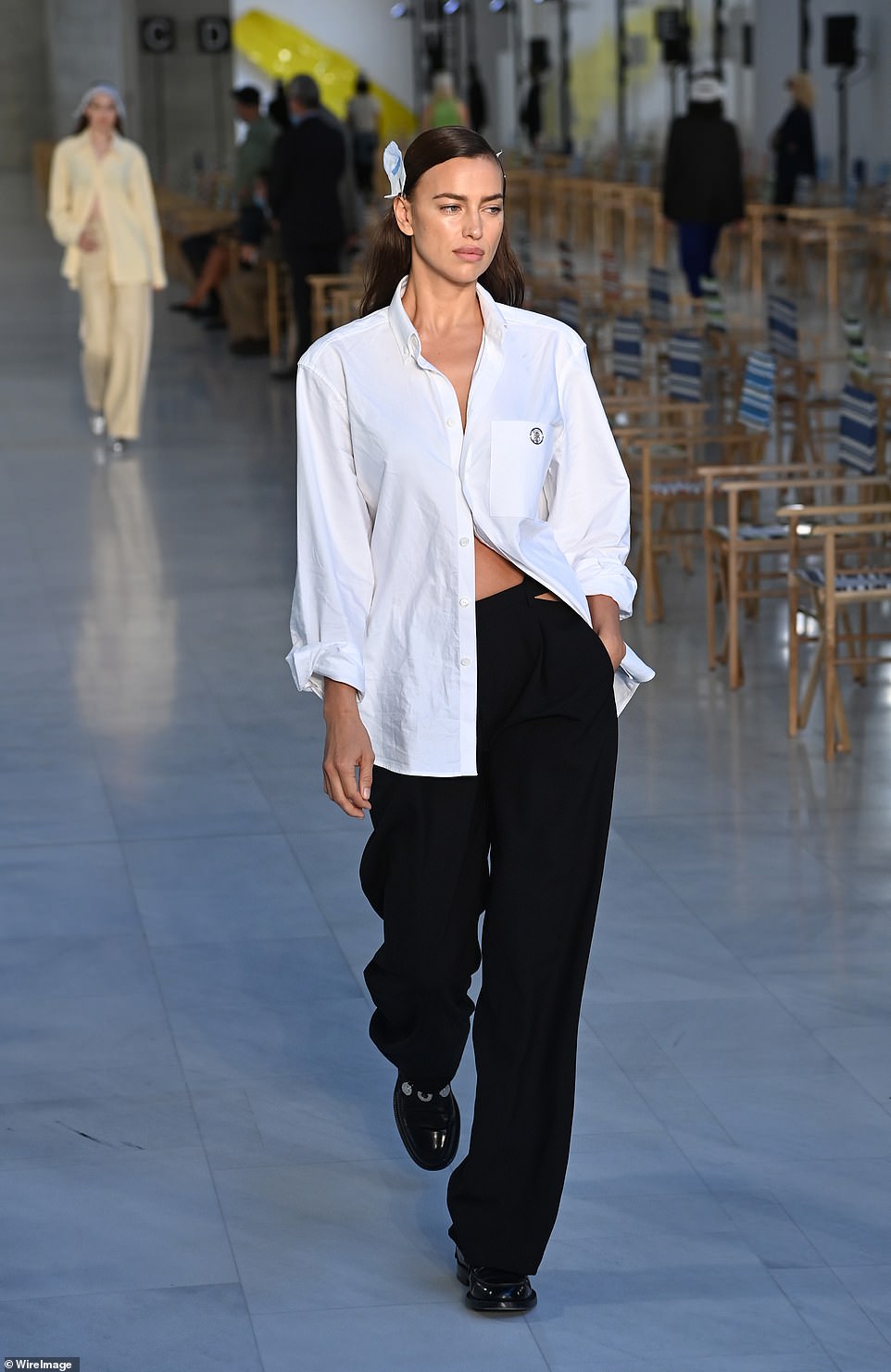 Strut: The Russian beauty also sported black trousers and a matching pair of shoes as she prepared for the show 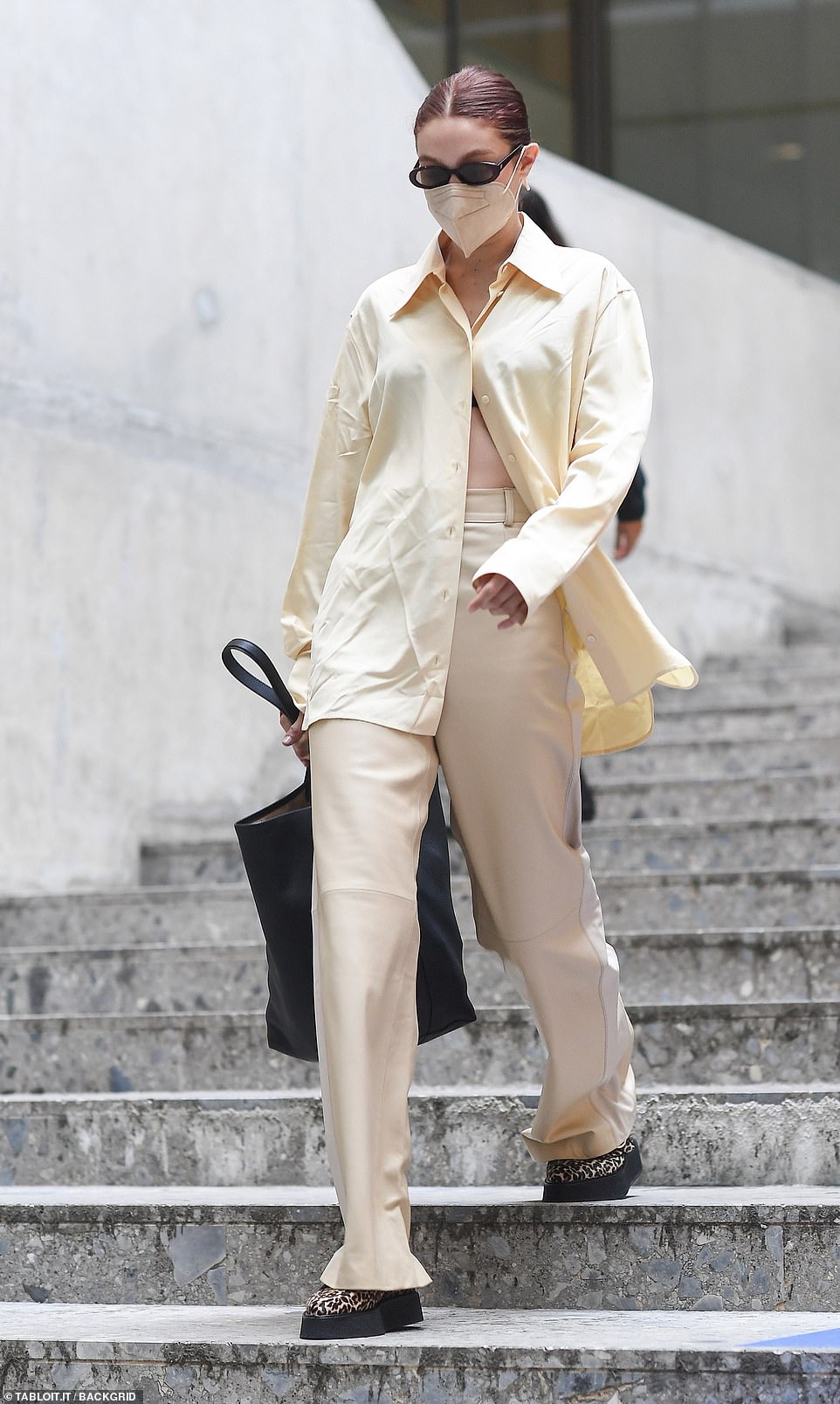 Looking good: Gigi was seen out on a stroll as she made her way to the runway rehearsal 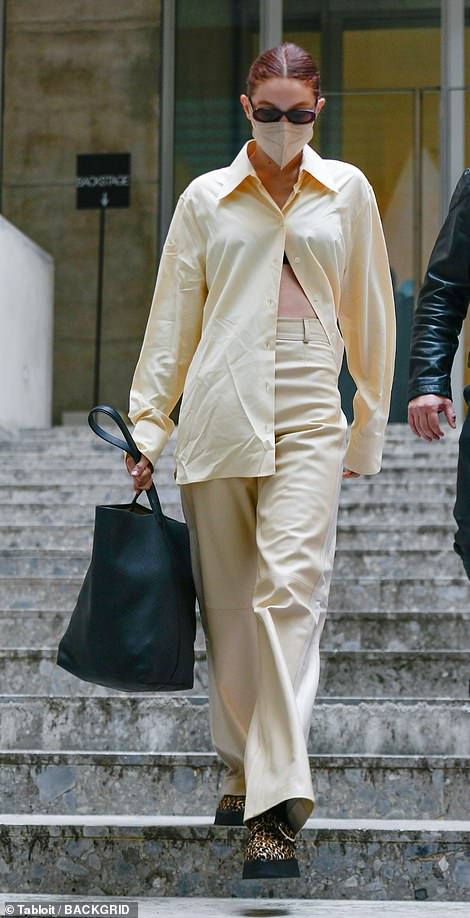 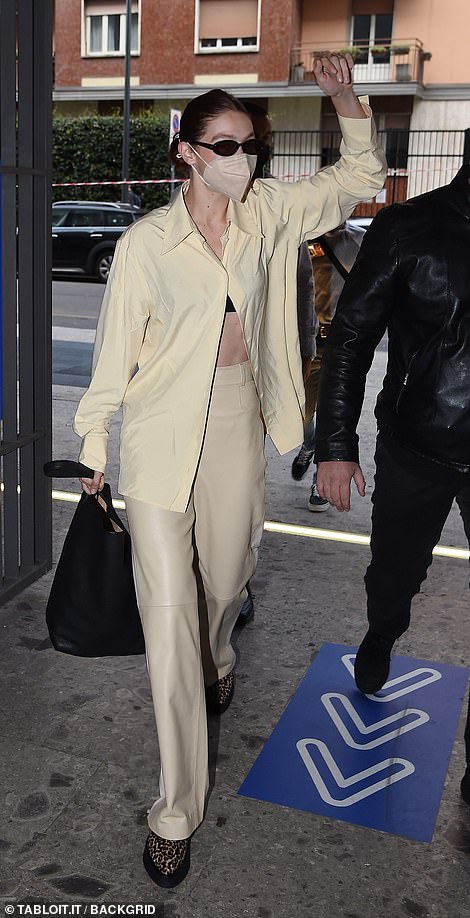 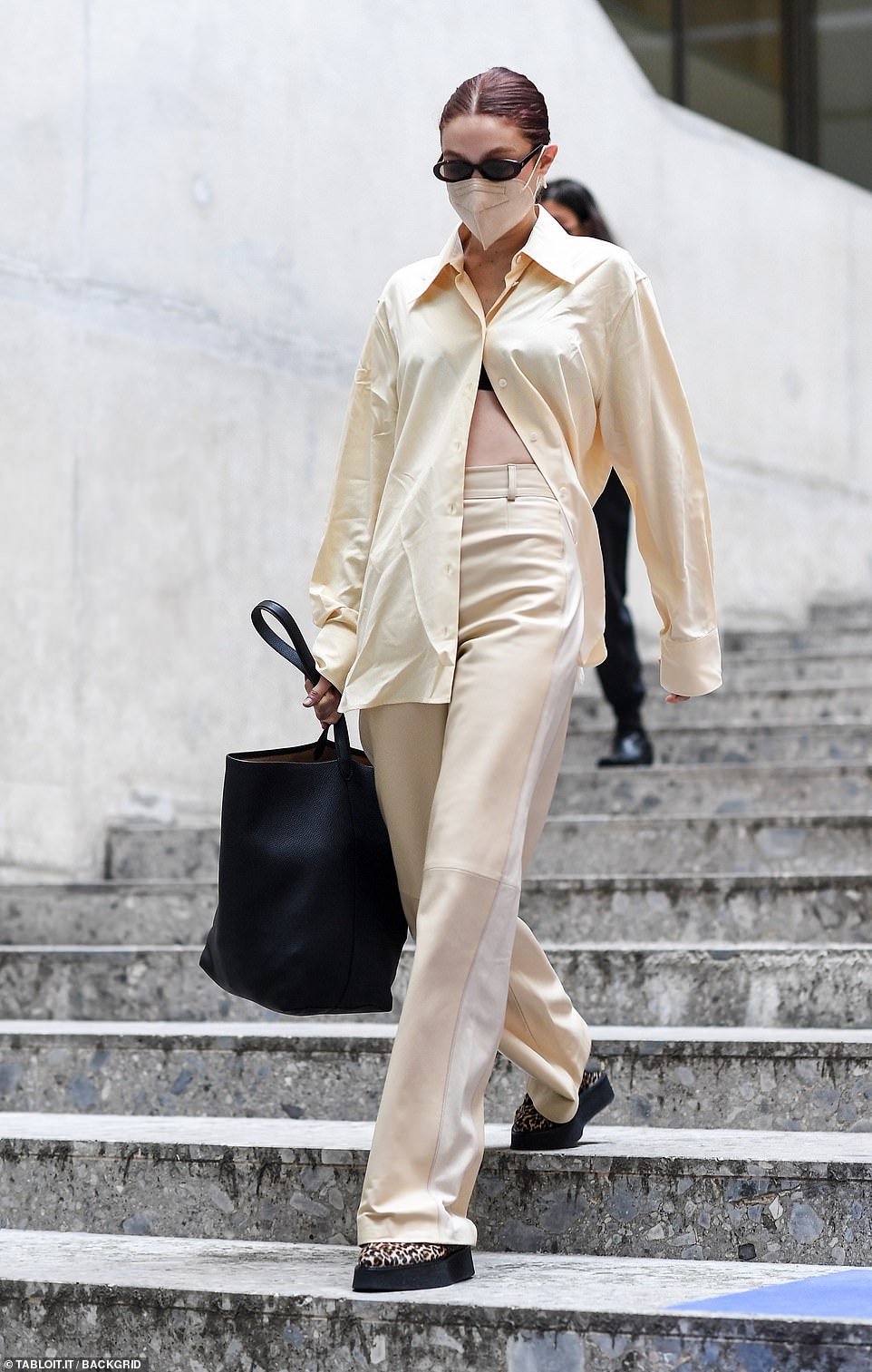 Trendy: Gigi also sported a pair of sunglasses for her day in the Italian city 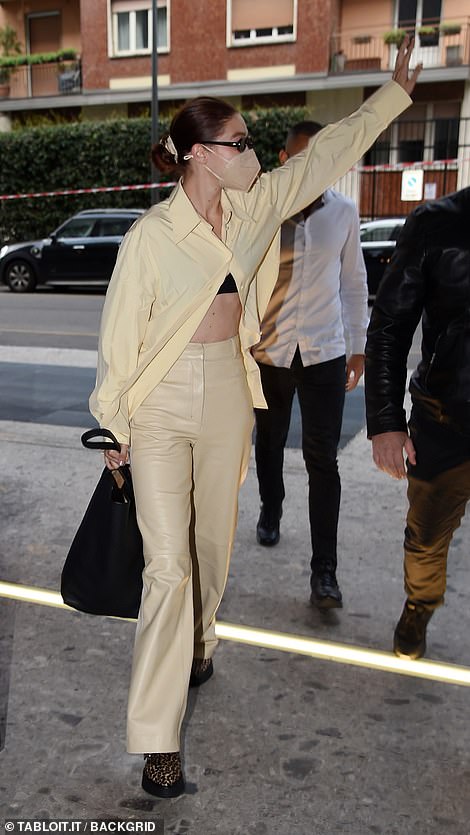 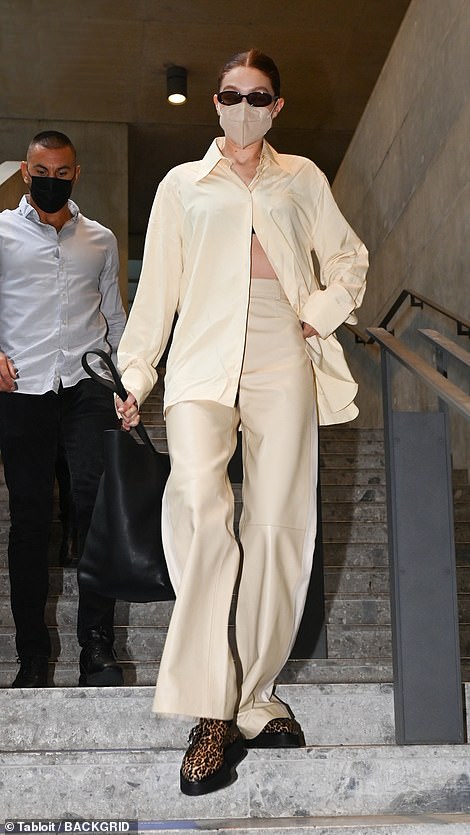 Debut: She signed with IMG Models in 2013 and made her New York City Fashion Week debut in February 2014

Carrying a yellow suitcase, the model, who is in a relationship with singer Dua Lipa, took his pet dog Dexter for a walk.

On Tuesday, Gigi gave fans a behind-the-scenes look at her baby Khai’s first birthday extravaganza on her Instagram Stories. She shares the tot with her former One Direction bandmember boyfriend Zayn Malik.

The party was attended by Hadid’s entire family, including sister Bella and mother Yolanda, and held at her luxury apartment in New York City. 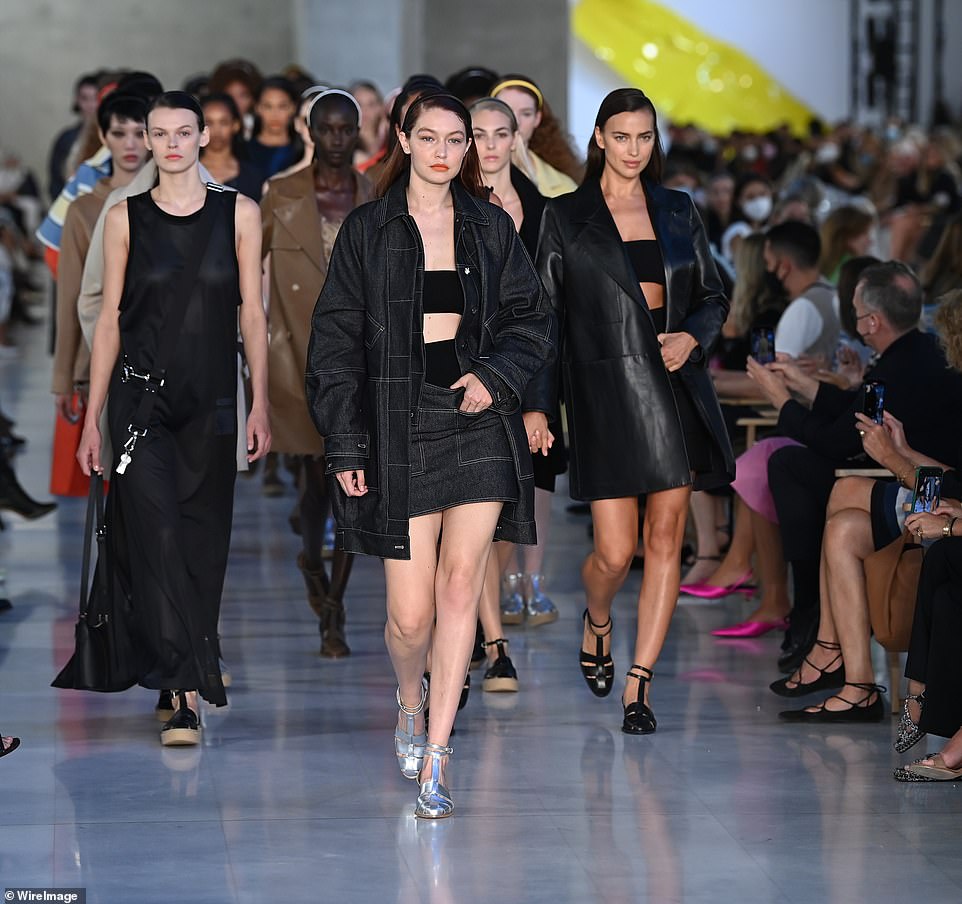 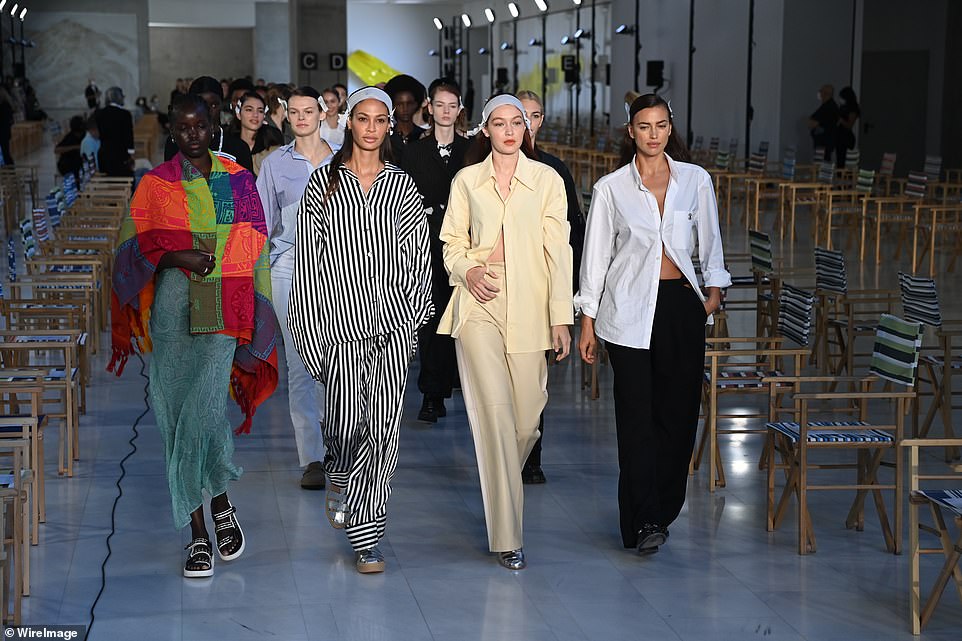 Colourful: Adut Aklech donned a multi-coloured shawl along with a teal dress with a patterned print 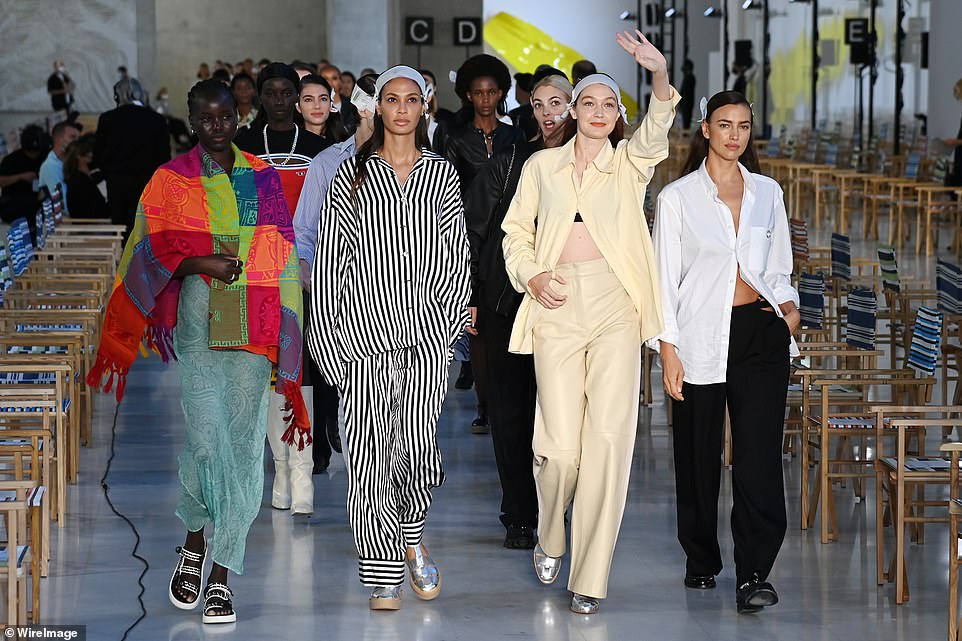 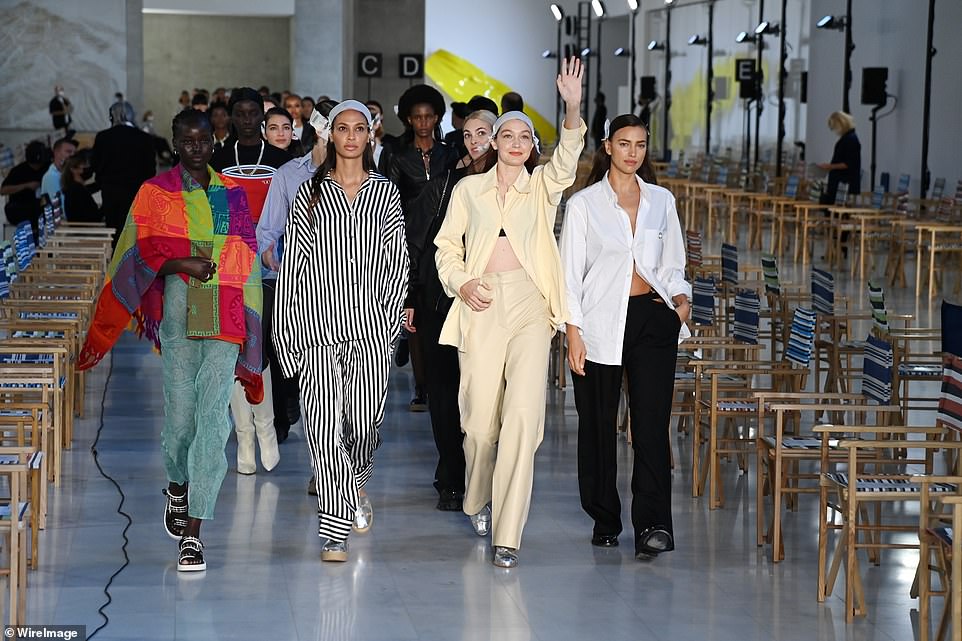 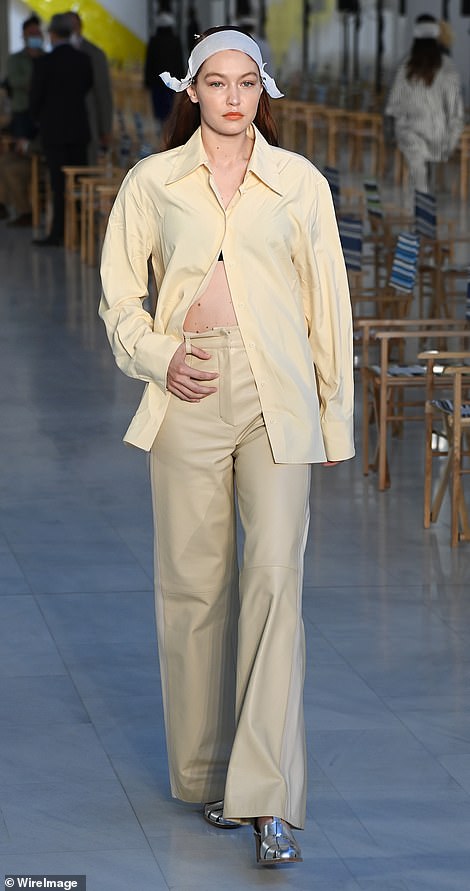 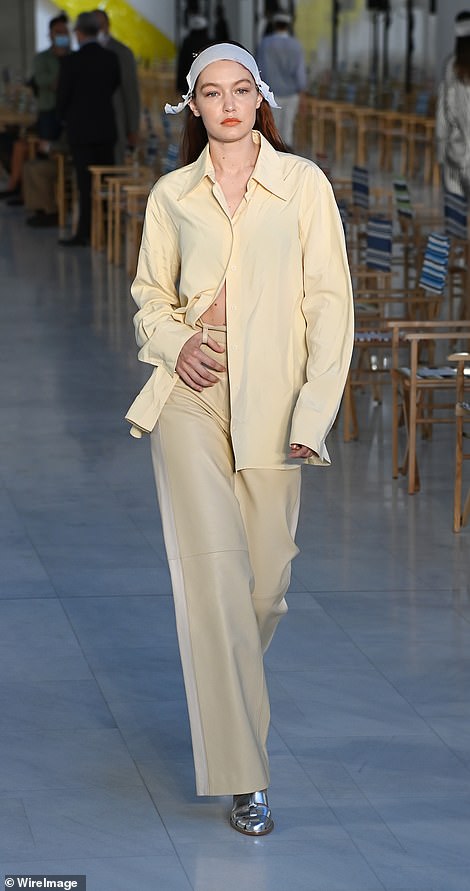 Limelight: In the past, Gigi made numerous appearances on The Real Housewives of Beverley Hills while her mother Yolanda was a part of the cast

The first slide in Gigi’s post showed off the elaborate decorations setup on the patio of her apartment, including four large, gold balloons spelling out Khai’s name.

The balloon creations came in the form of a panda bear from the popular children’s animated show Word Party, which appeared to be the party’s dominant theme.

Some less impressive balloon displays, including a large number one to signify Khai’s first birthday, were scattered around the space. 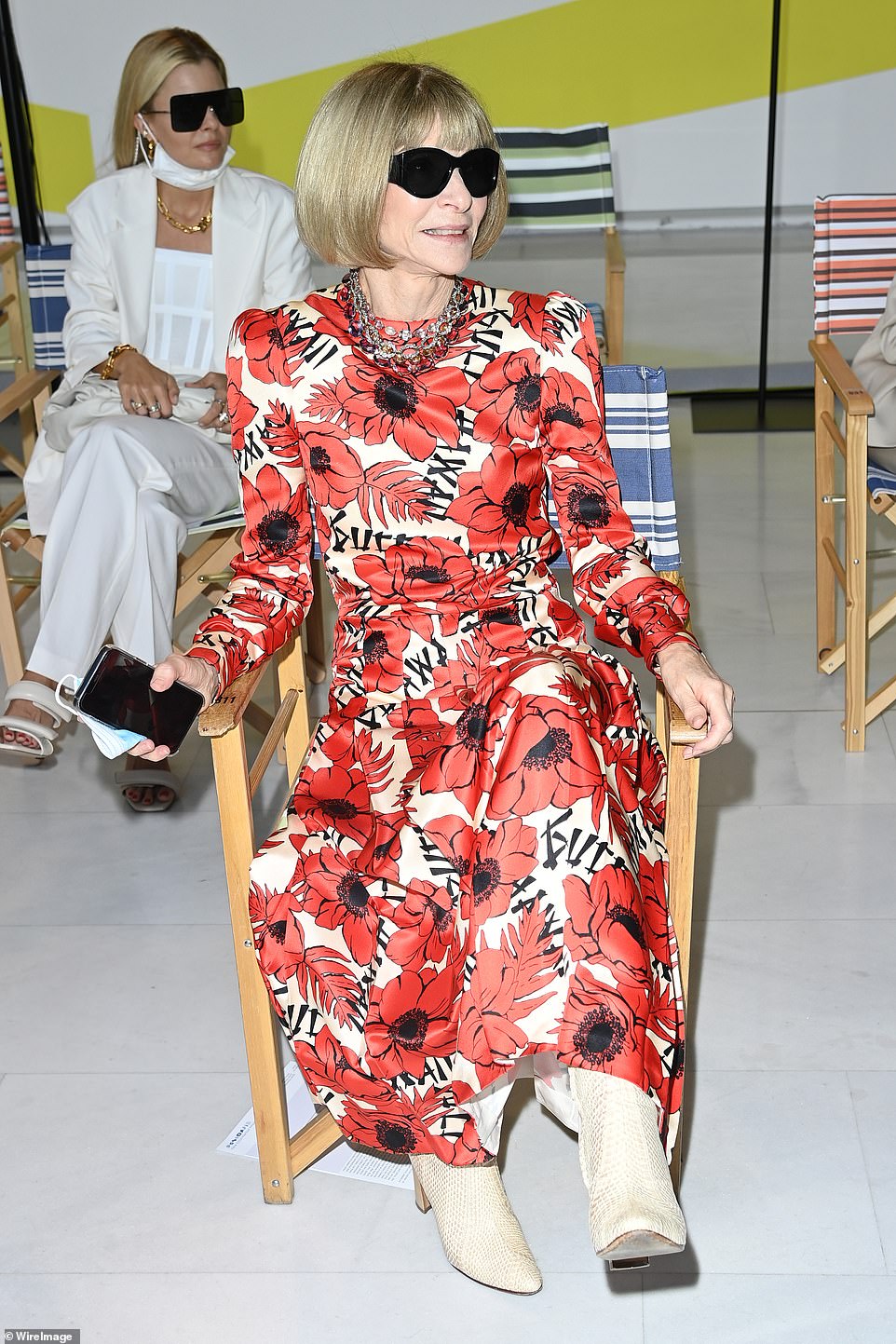 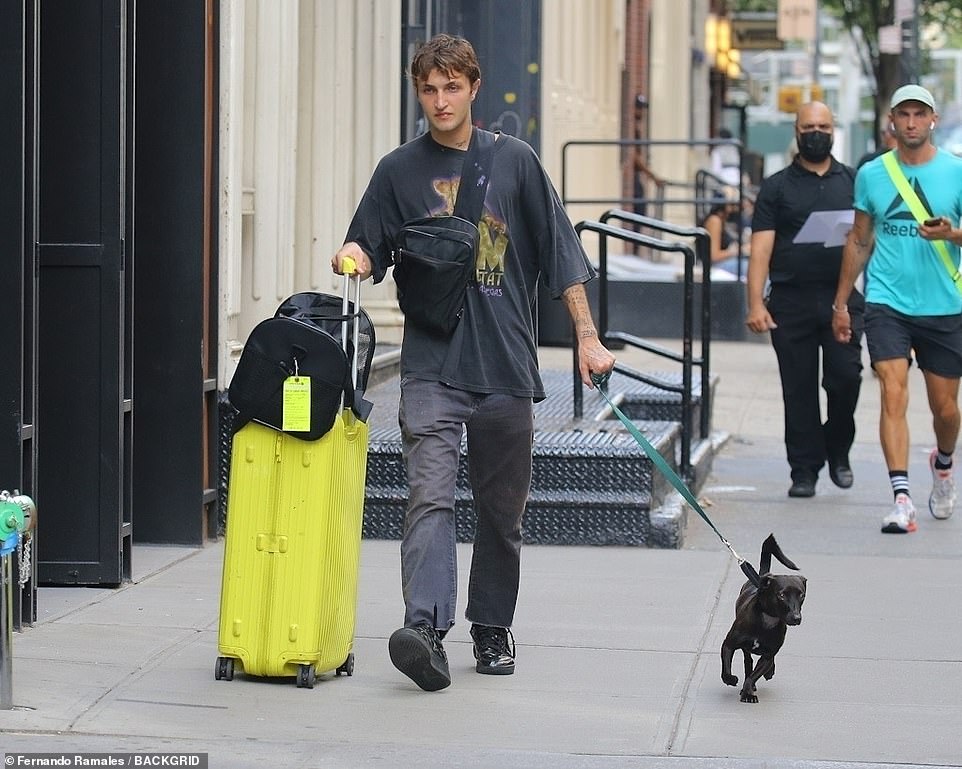 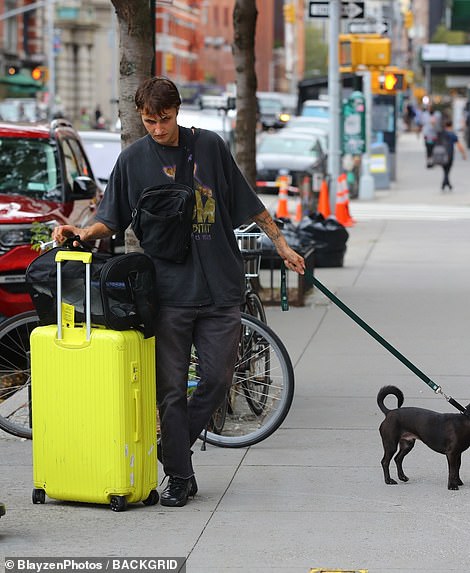 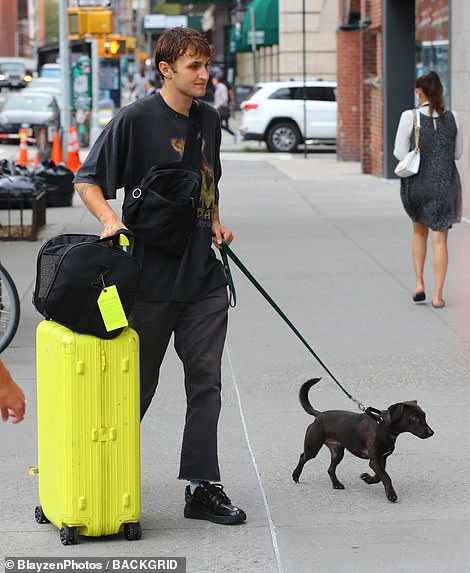 Stroll: The youngest member of the Hadid family sported a dark grey printed T-shirt and a matching pair of jeans 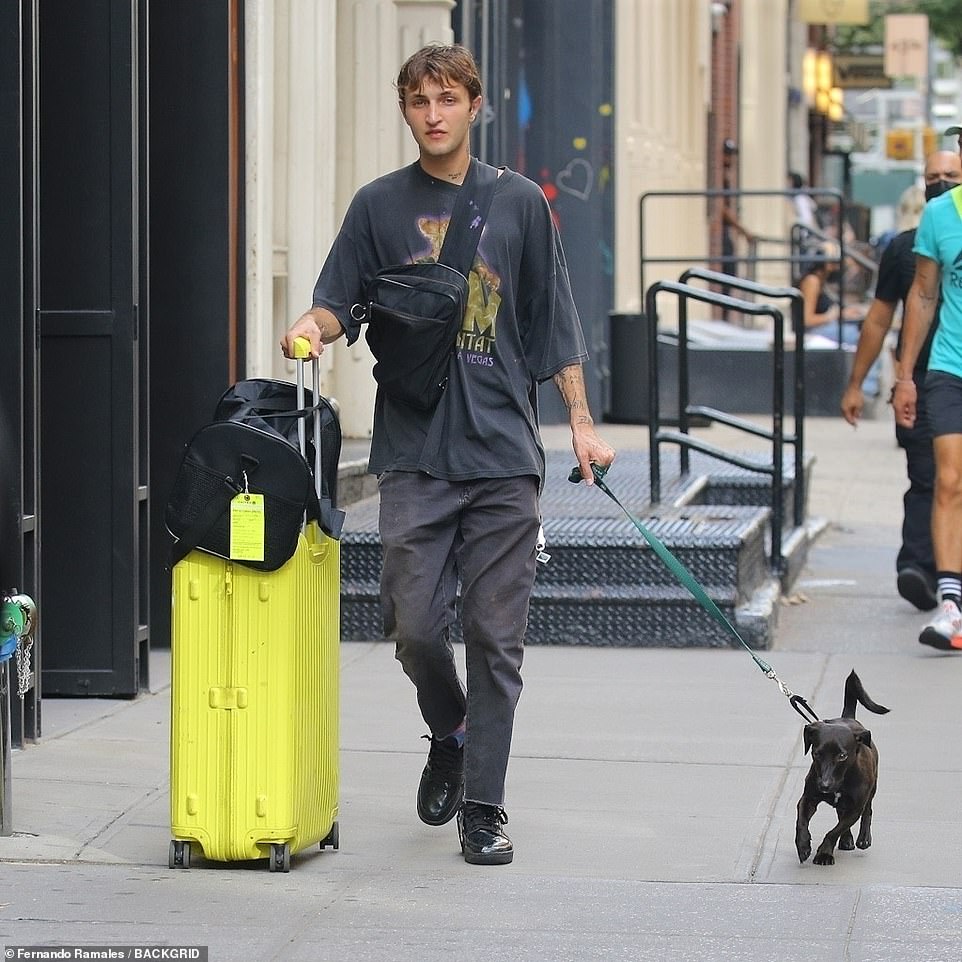 Success: Like his older sisters Gigi and Bella, Anwar has also worked as a model 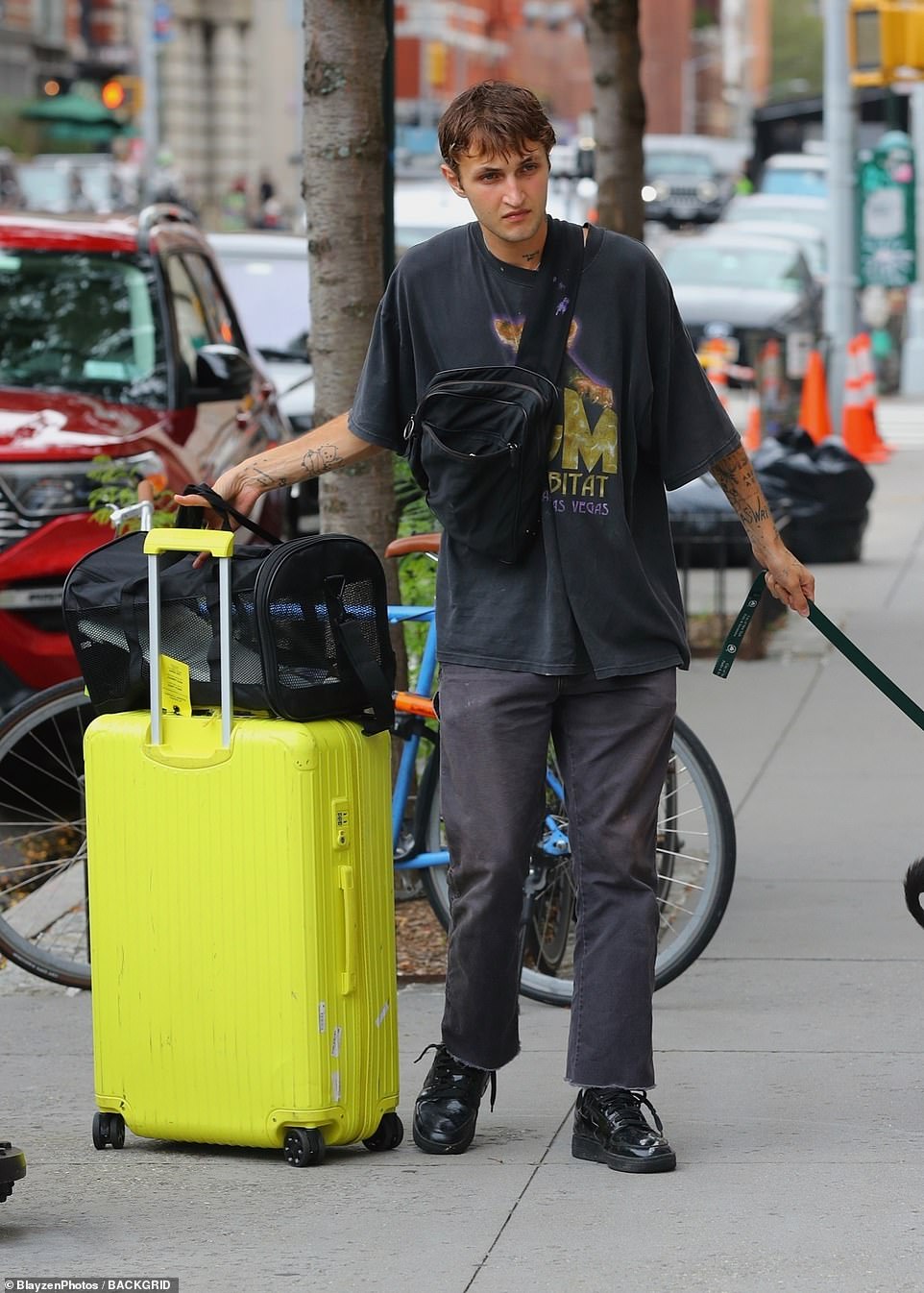 Romance: Anwar is in a relationship with pop star Dua Lipa

Resting in the middle of the patio was a baby-safe enclosure that would allow the little one to hang out outdoors without getting into mischief.

The enclosure featured a small pale pink slide, an adorable hippo figurine, and blocks for Khai to play with as her guests mingled.

There was also a mini inflatable jumper with an attached ball pit for Khai to play in. ‘My baby turned one this weekend,’ captioned the runway maven on one of her posts. 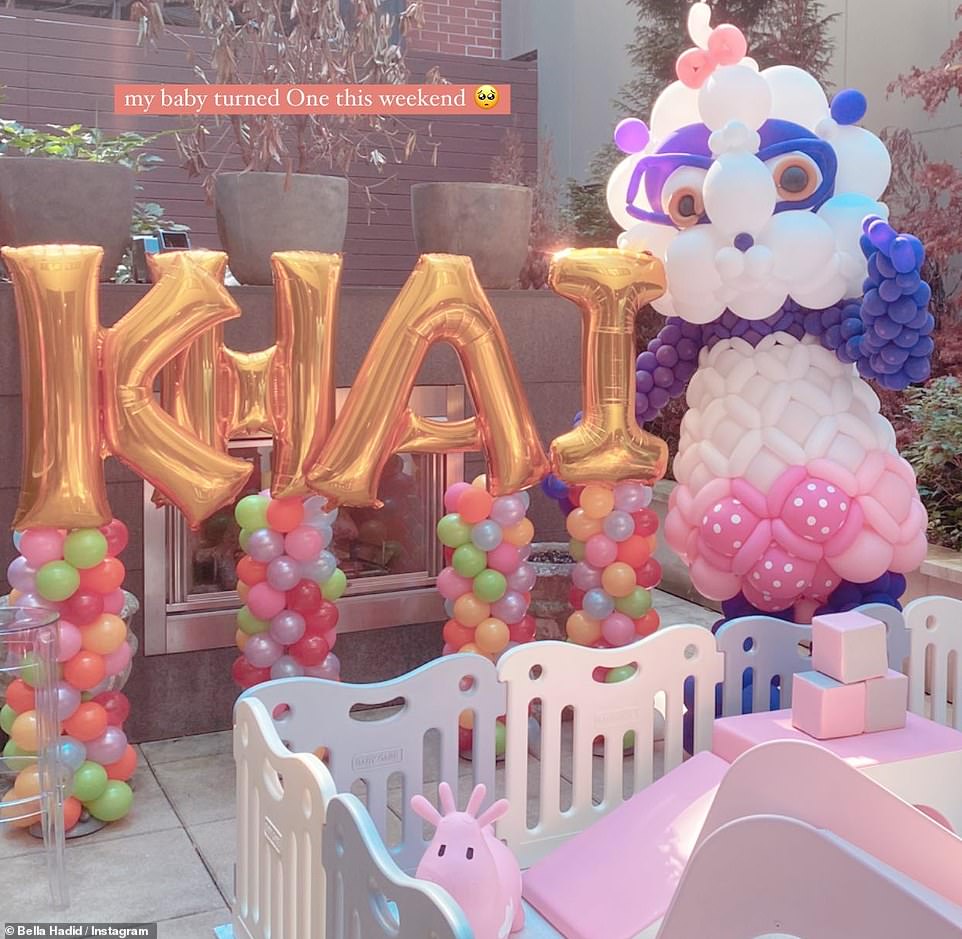 At-home: On Tuesday Gigi gave fans a behind-the-scenes look at her baby Khai’s first birthday extravaganza on her Instagram Stories