Ghislaine Maxwell will earn as little as 15 cents an hour cleaning toilets at the Florida prison where she is serving her 20 year sentence, DailyMail.com can reveal.

The former socialite, who once lived a lavish lifestyle and counted Prince Andrew and Bill Clinton among her friends, will earn the paltry sum at FCI Tallahassee where she has just been moved.

Prison consultants said that Maxwell will clean toilets, bathrooms or wash dishes before being assigned a long term job like managing payroll or reading water meters.

The consultants said that Maxwell could become a target for other inmates unless she acts humbly and stops complaining about her life.

But Maxwell has done the exact opposite so far and has griped relentlessly about her conditions while awaiting trial.

The consultants said that FCI Tallahassee was a ‘big step up’ from the Metropolitan Detention Center in Brooklyn, New York, where Maxwell was held for two years.

They said it would feel like ‘Disneyland’ compared to the MDC, where Maxwell claimed she was served food with maggots in it and woken every 15 minutes.

DailyMail.com can reveal Ghislaine Maxwell will earn 15 to 27 cents an hour cleaning toilets, bathrooms or washing dishes at the new prison

Maxwell has now been transferred to FCI Tallahassee (pictured) where she will serve out her 20-year sentence. It is only a few hours from Epstein’s Palm Beach mansion, where she helped him sexually abuse young girls 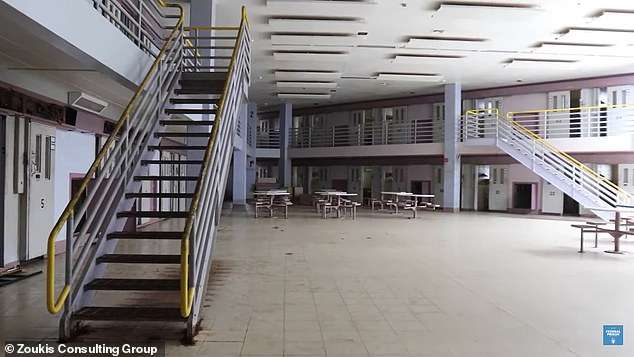 Prison consultants said Tallahassee would feel like ‘Disneyland’ compared to the MDC, where Maxwell claimed she was served food with maggots in it and woken up every 15 minutes

The judge in her trial had asked the Federal Bureau of Prisons to consider sending her to a prison in Danbury, Connecticut, but that idea was rejected.

Holli Coulman , co-founder of Pink Lady Prison Consultants, told DailyMail.com that Maxwell went to Tallahassee rather than Danbury because there are more staff who are better trained to handle her.

Her movements will be controlled and the prison will open doors to allow her access to certain parts of the prison at certain times of the day.

However within her dorm – which has a bathroom, quiet room and TV room – she will be able to move around freely. 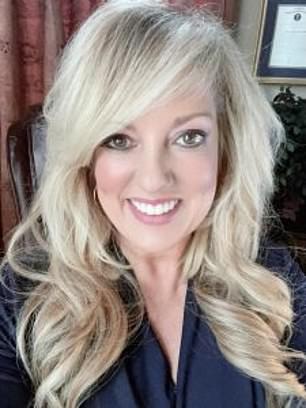 Holli Coulman, co-founder of Pink Lady Prison Consultants, told DailyMail.com that Maxwell could become a target for other inmates unless she acts humbly and stops complaining about her life

According to Coulman, Maxwell’s day will begin at 5am when the lights come on. She will have breakfast at 6am and lunch at 10.30am – the early time is to enable to kitchen to feed the whole population.

Coulman said that the new prison will be a ‘step up from the MDC’ and Maxwell will be able to ‘breath a bit more.’

She said: ‘She certainly did not get one of the worst places. It’s probably the best she could have got under the circumstances.’

But Maxwell will still have a tough time adjusting and will be in with murderers and women who have committed serious assaults.

The facility is run down, humid and some women will ‘hate her’ because of her celebrity, Coulman said.

She said: ‘Others will gravitate towards her because they think she can pay for commissary items for them. It’s not going to be easy for her.

‘There will be women who have been abused themselves and will not like her at all because of her crimes.

‘The prison will assign their best staff to her and will put her with an older woman who is drama free.’

Maxwell will be given a job for her first 30 days for which she will earn 15 cents to 27 cents an hour, Coulman said.

After that Maxwell will be assigned a longer term job such as being a clerk and managing the payroll for a construction crew.

Maxwell, who used to manage Epstein’s properties and arranged massages with underage girls for him, could put to use her organizing skills by doing payroll for the whole complex, Coulman said.

Another likely option is for her to teach GED classes, English as a foreign language or work in the commissary.

Given weights are banned in the prison – they could be used as weapons – yoga is a popular choice for keeping fit and Maxwell could lead a class.

Coulman said: ‘One of the things the women do is put on a talent show, it’s like junior high school. It’s skits and things like that, just to keep themselves amused.’

According to Coulman, her top tip for Maxwell is that she needs to be ‘humble,’ something that might not come easy to a woman who grew up in a 65-room mansion in the Oxfordshire countryside in the UK.

Coulman said: ‘There are some people who won’t appreciate you or even like you. You need to know how to have those conversations, know when to shut up.

‘She must be humble. She’s stepping into a world where a lot of these women have been there for a long time. She needs to know that she will be getting out before a lot of them.

‘The key to surviving is minding your own business, keeping a low profile, but her personality is not that way.’

Maxwell will be required to wear khaki clothes at FCI Tallahassee, and she will be woken up at 5am every day for breakfast at 6am 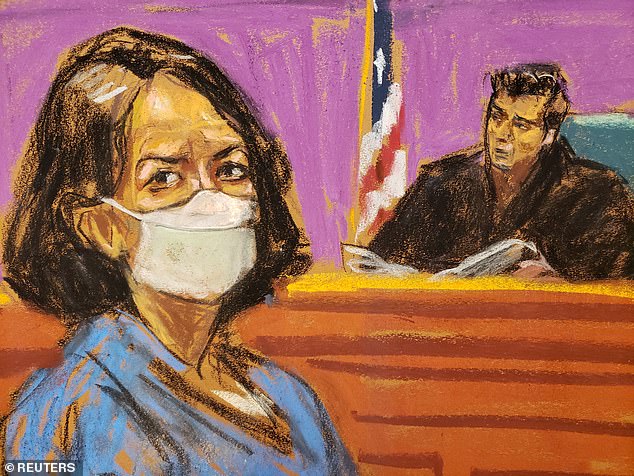 Judge Alison Nathan handed down the 240-month sentence followed by five years supervised release on June 28. She had suggested she serve out her sentence in Danbury, Connecticut

Justin Paperny, founder of White Collar Advice, said his main advice to Maxwell was to be ‘careful about forming friendships.’

He said: ‘People will have been there for years and that prison could cooperate with staff. They may engage in disciplinary infractions. She needs to be careful about those she associates with.

‘She can’t complain. We incarcerate a lot of people, they have been in and out of the system and can’t hire lawyers like she did.’ 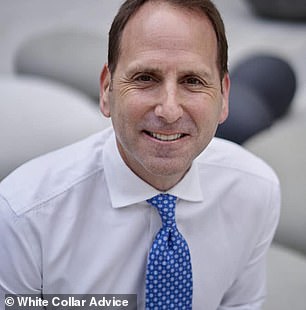 Justin Paperny, founder of White Collar Advice, said his main advice to Maxwell was to be ‘careful about forming friendships’

Paperny said there are women serving longer sentences for non violent crimes than Maxwell will is confined for for a sex crime.

‘It’s essential she doesn’t complain – that could lead to problems,’ he said, adding that given Maxwell’s record of whining, there was a danger that people would not believe her when there was a real issue.

He said: ‘I’d encourage her not to speak with staff more than is necessary.

‘She needs to look at this as a reboot. Now she’s at Tallahassee this will feel like Disneyland compared to what she endured in the MDC’.

Paperny said that former inmates at the facility said it was ‘brutally hot’ in the summer with temperatures reaching 106F in the Florida sunshine.

The medical facilities are bad despite what the BOP claims.

Maxwell will not be in a cell but will be in a space about the size of an office cubicle with two cellmates.

According to Paperny, each cubicle will have a bunk bed, another one on the floor, a locker for each prisoner, and one desk and a swivel chair they will have to share.

He said: ‘The opportunity for education is pretty good there.

‘She can be very, very productive there if she wants, she can give back and build a life there and mentor other prisoners. She’s in a position to teach and give back and I hope she does.

‘If she blames others for her situation then her 20 years will feel like a century.’ 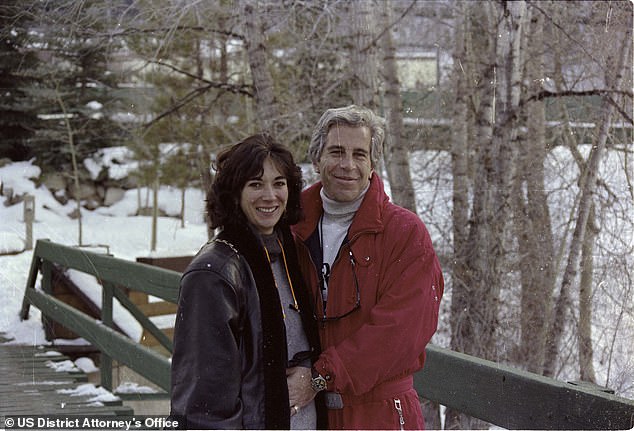 Epstein and Maxwell are pictured in an undated photo. He killed himself in jail in August 2019, while Maxwell was jailed for 20 years for child sex trafficking in June 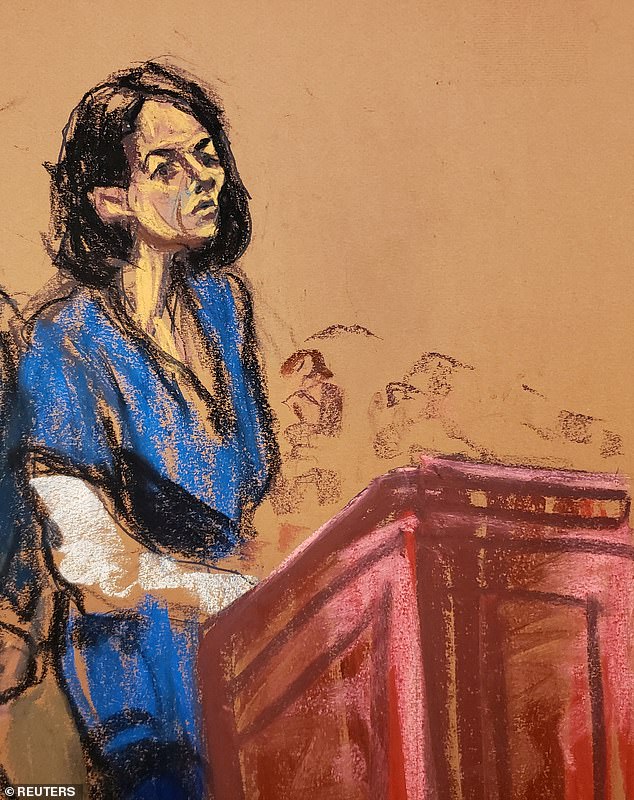 Prior to her sentencing last month, Maxwell made a public statement expressing remorse for her actions 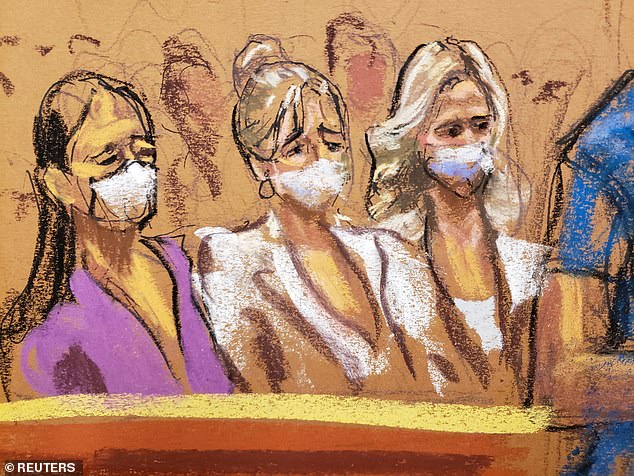 The Bureau of Prisons website indicates Maxwell will be eligible for release on July 17 2037.

Tallahassee and Danbury are both low-security prisons in the federal system. The Florida lockup holds around 500 women prisoners.

Her fellow inmates include Narcy Novack who was convicted of killing her millionaire ex-husband, Fontainebleau Hotel heir Ben Novack Jr. and his mother Bernice Novack in 2009.

Another prisoner at Tallahassee is Jaelyn Young who was arrested with her boyfriend in 2015 as they were attempting to fly to Syria to join Isis.

The choice of prison by the BOP is against the recommendation of Judge Alison Nathan, who oversaw Maxwell’s trial for recruiting and trafficking underage girls for the late pedophile Jeffrey Epstein.

Judge Nathan asked the BOP – following a request from Maxwell’s lawyers – to send her to Danbury.

However the BOP has ultimate authority and decided she should go to Tallahassee.

Despite this Maxwell, 60, will likely welcome the news as she has complained bitterly about her treatment at the Metropolitan Detention Center in Brooklyn, where she has been held since her arrest in July 2020.

Her lawyers have accused prison authorities of breaching her rights by shining a torch in her cell every 15 minutes and subjected her to invasive searches while filming her at all hours.

Maxwell was convicted after a trial in December in which her victims testified that she lured them to Epstein when they were as young as 14 years old.

During the sentencing Maxwell said she wanted to ‘acknowledge’ the pain of her victims but stopped short of an apology.

Her lawyers have already filed a notice saying they will appeal both the conviction and the sentence.