Ghislaine Maxwell was ‘in the process of divorcing’ her husband Scott Borgerson at the time she was arrested, court documents reveal.

According to the documents released Friday, Maxwell claimed her marriage to Borgerson would keep her in the United States and lessen her status as a flight risk if she were released on bail.

But the new documents reveal that they were actually divorcing, which ‘undermine her assertion that her marriage is a tie that would keep her in the United States’.

This comes after it was revealed Borgerson was reportedly ‘devastated’ Maxwell was behind bars and will put up $25m as a security for his wife which will be forfeited if she flees before trial.

Ghislaine Maxwell was ‘in the process of divorcing’ her husband Scott Borgerson at the time she was arrested, court documents reveal. The couple are pictured in 2013 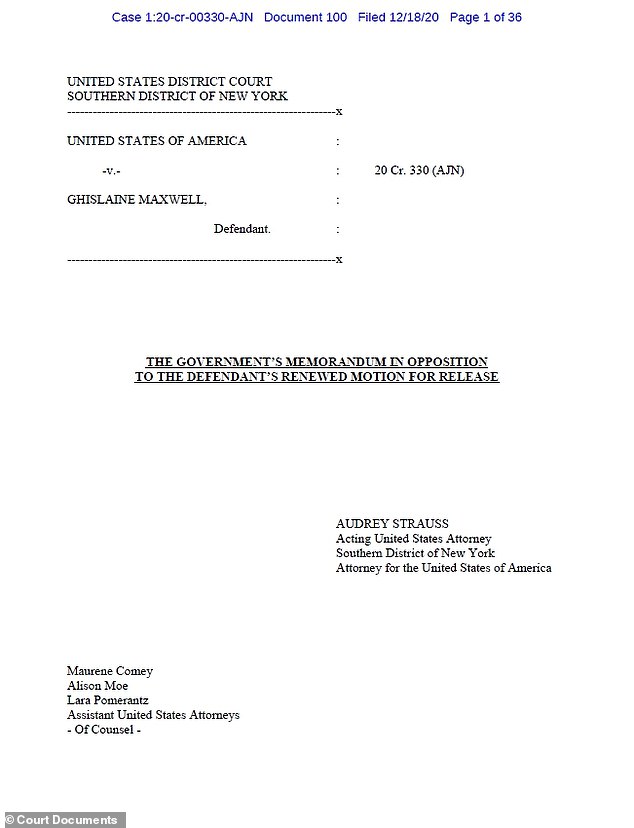 But the documents reveal that she was divorcing him, which ‘undermine her assertion that her marriage is a tie that would keep her in the United States’

According to the documents, Maxwell’s bail motion ‘fails to establish sufficiently strong ties to the United States that would prevent her from fleeing.’

‘While a friend’s desire to avoid publicity may be understandable, a spouse’s desire to distance himself in that manner—particularly when coupled with the defendant’s inconsistent statements about the state of their relationship—undermine her assertion that her marriage is a tie that would keep her in the United States,’ they reveal. 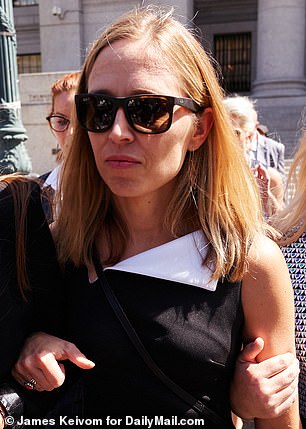 One victim, Annie Farmer, filed a passionate letter in which she pleaded with the judge not to grant Maxwell bail

The women that Maxwell allegedly procured for Jeffrey Epstein to abuse have also urged a judge to not allow for her release from prison before trial.

‘In light of that strong incentive to flee, all three of the victims listed in the Indictment have asked the Government to convey to the Court that they continue to seek the defendant’s detention,’ the documents state.

‘Additionally, pursuant to the Crime Victims’ Rights Act, one of the victims has provided a written statement urging the Court to deny bail, which is attached as Exhibit A hereto. That unanimous view of the victims reflects three related reasons that this factor weighs so heavily in favor of detention.’

One victim, Annie Farmer, filed a passionate letter in which she pleaded with the judge not to grant Maxwell bail.

‘I write this not only on behalf of myself, but all of the other girls and young women who were victimized by Maxwell,’ Farmer writes. ‘Ghislaine Maxwell sexually abused me as a child and the government has the responsibility to make sure that she stands trial for her crimes.’

‘I do not believe that will happen or that any of the women she exploited will see justice if she is released on bail. She has lived a life of privilege, abusing her position of power to live beyond the rules. Fleeing the country in order to escape once more would fit with her long history of anti-social behavior.’

She goes on to call Maxwell a ‘psychopath’ and says that she has a ‘disregard for and ‘violation of the rights of other’. 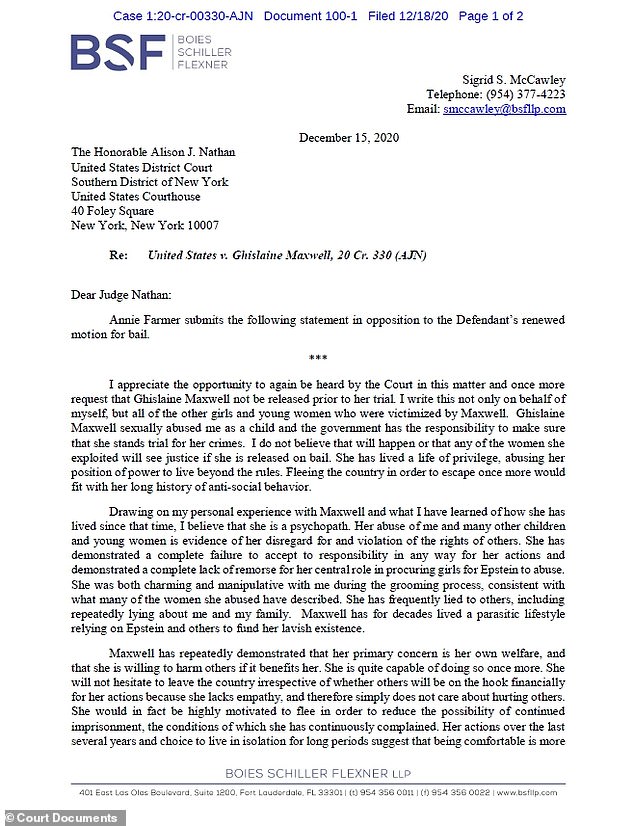 ‘I write this not only on behalf of myself, but all of the other girls and young women who were victimized by Maxwell,’ Farmer writes in her letter. ‘Ghislaine Maxwell sexually abused me as a child and the government has the responsibility to make sure that she stands trial for her crimes.’ 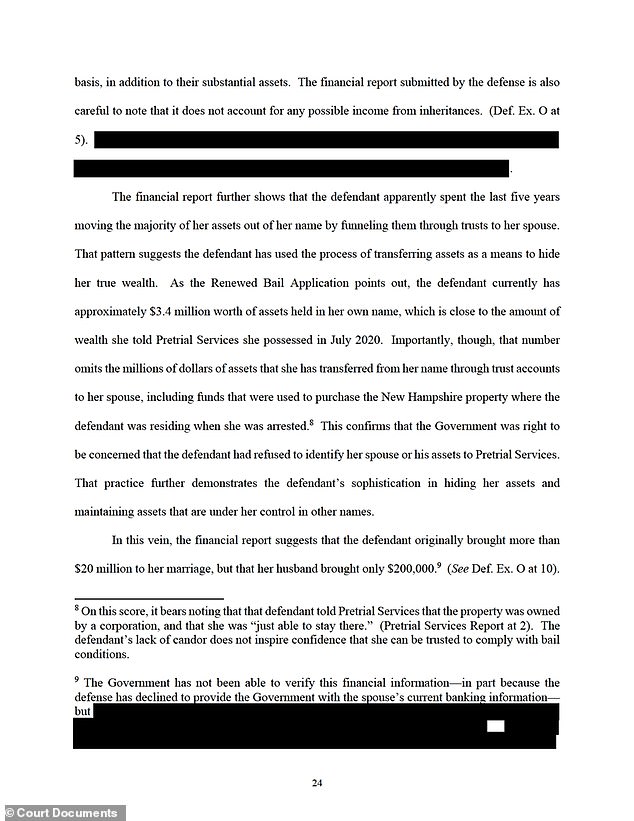 Also called into question were Maxwell’s finances.  The prosecution said in the filing that Maxwell spent the last five years ‘moving the majority of her assets out of her name by funneling them through trusts to her spouse.

‘The pattern suggests the defendant has used the process of transferring assets as a means to hide her true wealth.’

The filing lists Maxwell’s true wealth at about $3.4million of assets to her own name – a number that omits the assets that she has transferred to Borgerson.

‘Maxwell’s lawyers have requested a bail hearing on December 21st with the aim of having the 58-year-old out in time for Christmas.

It comes on the heels of the Federal Bureau of Prisons submitting a letter to Judge Nathan that insists Maxwell is being treated like all inmates at the Metropolitan Detention center in Brooklyn, despite Maxwell’s repeated complaints of her conditions at the ‘hell-hole’ jail.

They even detailed how her weight of 134lbs only fluctuates between 2lbs.

Maxwell has been in custody since July 14th when Judge Nathan, who sits at federal court in Manhattan ruled she was a ‘substantial actual risk of flight’.

The FBI arrested her at a 156-acre property in Bradford, New Hampshire, worth $1m which she bought in cash through a company designed to shield her identity.

The British socialite is accused of procuring girls as young as 14 for Epstein to abuse and perjuring herself in a separate civil case.

She denies the allegations for which she faces up to 35 years in jail.

During the last five months Maxwell’s lawyers and her family have begun what they call ‘Operation Get Ghislaine Out’ because they feel she is being treated unfairly.

But according to a letter filed earlier this month by the Federal Bureau of Prisons, that is not the case.

They claim her weight has been consistent at 134bs and she is in ‘good health’. 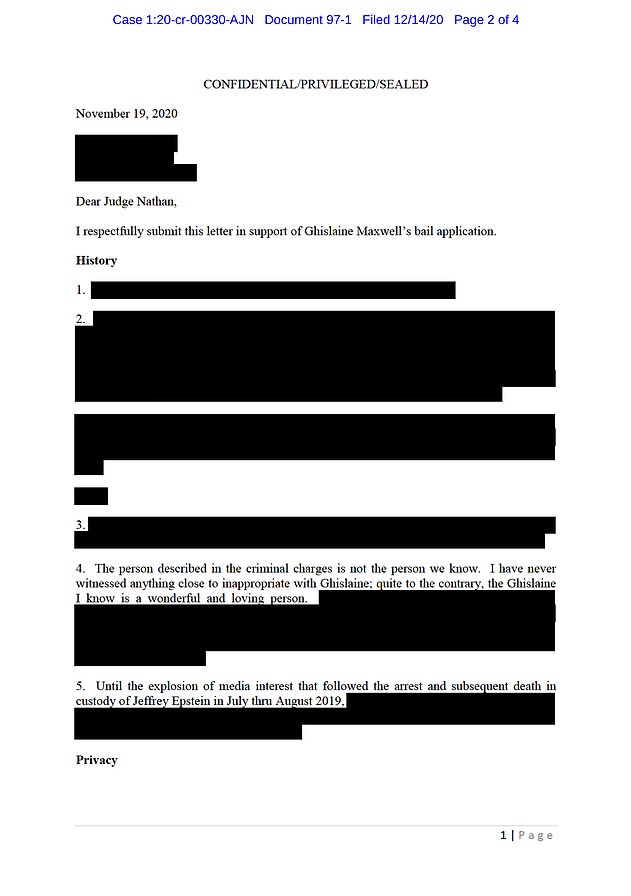 Now Borgerson has begged a judge to free Maxwell, offering a $28.5M bail. Pictured: A redacted version of Borgerson’s letter is shown above 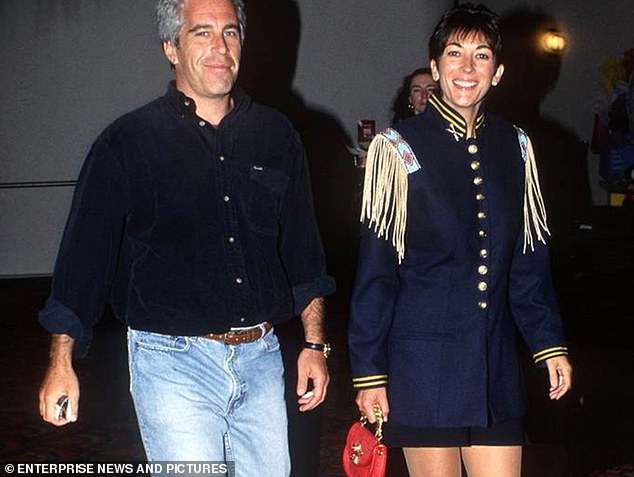 If a hearing takes place it is not even clear if it will be before Christmas.

Documents previously filed to the court stated that Maxwell intends to submit documents detailing her financial affairs over the past five years prepared by an accounting firm.

She will also submit letters on behalf of family and friends including some who will act as sureties to get her out.

Maxwell faces a steep bar to getting bail and in her last attempt Judge Nathan said that the ‘risks are too great’ to allow her to be freed.

Judge Nathan said that ‘no combination of conditions could reasonably assure her presence in court’ because she had the means and the motive to flee the US.

In her ruling, she said that Maxwell ‘not only has significant financial resources, but has demonstrated sophistication in hiding those resources and herself’.