BREAKING NEWS: Gervonta Davis beats Hector Luis Garcia after brutal eighth-round barrage leaves the Dominican telling his corner he CAN’T SEE as he fails to return for round nine

Gervonta Davis defended his WBA world lightweight championship, beating Hector Luis Garcia by TKO after eight rounds – with the Dominican telling his corner ‘I can’t see’ after enduring an eighth round onslaught.

Garcia failed to return for the ninth and did well to make it through the eighth. Davis shrugged off a slow start to improve to 28-0 with 26 KOs and hand Garcia his first professional loss in his 17th match.

The Baltimore native fighting in his second hometown is scheduled to face Ryan Garcia in April in one of boxing’s most anticipated showdowns of the year. 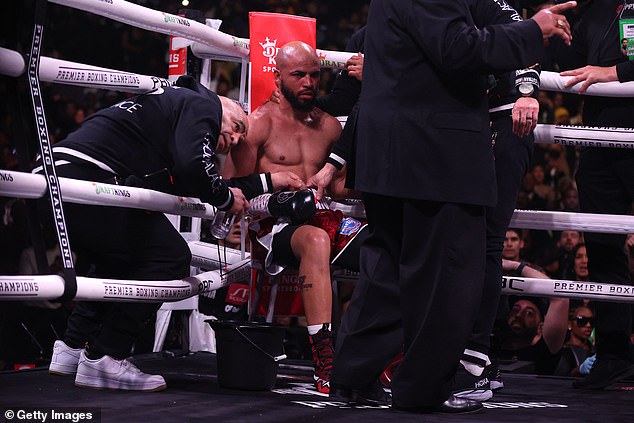 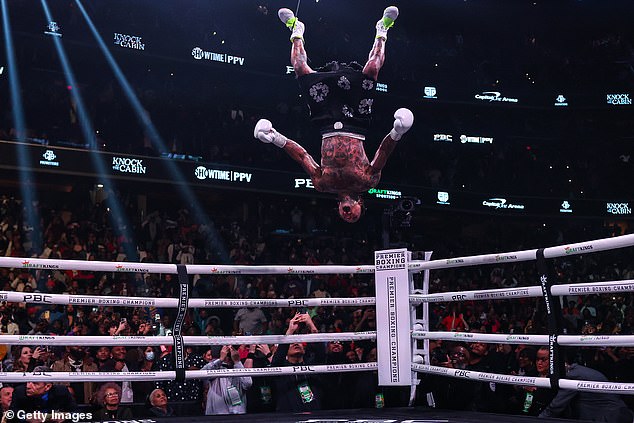 But first, ‘Tank’ Davis had to get through Garcia, the Dominican who he said ‘earned his spot’ thanks to a strong 2022.

After the sellout crowd of 19,731 waited until just before 1 a.m. for the start of the main event, Davis and Garcia waited a little longer to get going, starting with a couple of low-event rounds and very few punches thrown.

Davis found his groove in the fourth round, landing several jabs and bringing fans to their feet.

An altercation in the stands ringside led the referee to stop the action midway through the eighth round, as Davis and Garcia were distracted by the disturbance.

The fight resumed for more than a minute, and Davis put on a show until the bell, landing enough blows to end the match.

He celebrated in equally flamboyant style – climbing the ropes before backflipping onto the canvas. 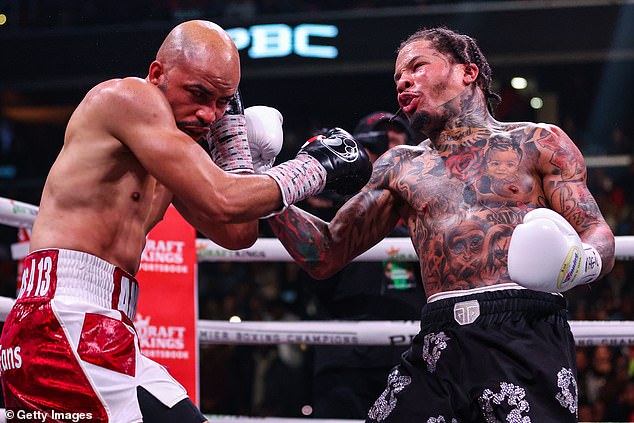 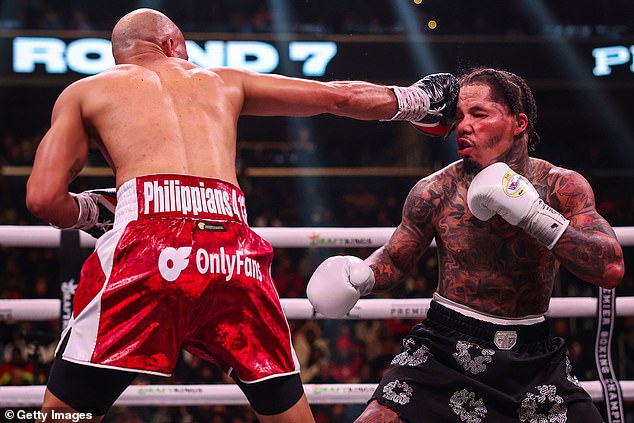 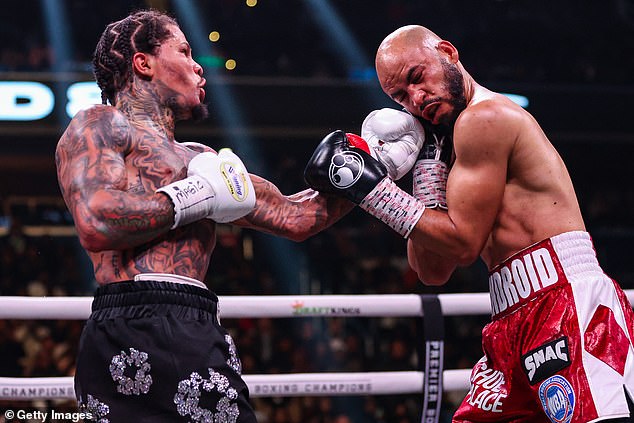 From the fourth round onwards, Davis looked at his best and landed several brutal blows

The fight headlined Showtime’s first major event at the building now known as Capital One Arena since Mike Tyson’s final bout in 2005 against Kevin McBride.

It was in danger of being called off when Davis was arrested and charged with domestic violence in late December, before the woman who called police put out a statement on social media days later saying Davis ‘did not harm me or our daughter.’

Davis said he was not worried about the fight not happening, saying he just wanted to clear his name.