Felix Loch is about to reclaim his title as World Cup luge overall champion.

The two-time Olympic champion from Germany is now virtually assured of claiming the season-long men’s overall title for the seventh time after dominating yet another race Saturday. He was a quarter-second faster than Austria’s Jonas Mueller for the win, his eighth in nine races this season.

Austria’s David Gleirscher was third in Oberhof, Germany, one spot ahead of Germany’s Johannes Ludwig.

Loch now has 855 standings points with three World Cup races left, 290 points ahead of Ludwig — with a maximum of 300 points remaining to be claimed this season. Loch basically needs to just finish one of the season’s final races to clinch the points title, no matter what Ludwig does.

WATCH | Felix Loch wins for the 8th time in 9 races this season: 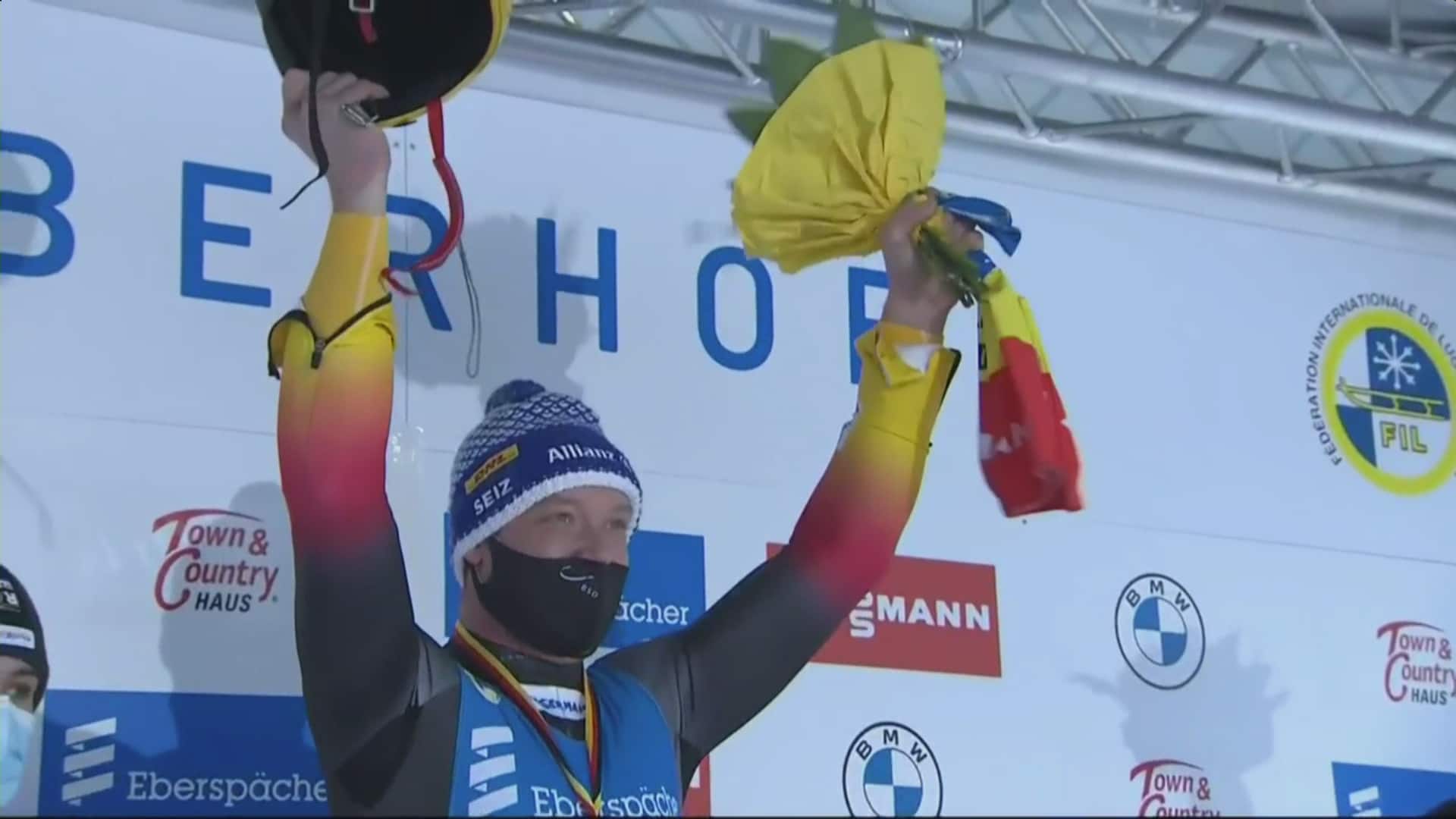 Steu and Koller now have a 96-point lead over Germany’s Toni Eggert and Sascha Benecken with three races left in the overall standings. A German sled — either Wendl and Arlt or Eggert and Benecken — has won the overall World Cup title in each of the last eight seasons, a streak now in jeopardy.

Steu and Koller would be mathematically certain of winning the title simply by finishing third or better in each of the final three World Cup races.

Mazdzer and Jayson Terdiman were 15th in Saturday’s doubles race for the U.S.

The women’s race in Oberhof is Sunday.