Germany’s glaciers are melting faster than anticipated, according to a new report indicating the country could lose its last one in a decade.

Earlier predictions estimated the glaciers would survive until at least the middle of the century, but melting has accelerated dramatically in the last few years.

Researchers used NASA satellite imagery to analyze all the world’s nearly 220,000  glaciers, the first study to do so.

They determined that, if greenhouse gas emissions aren’t limited, glaciers in the European Alps could lose almost all of their remaining ice by the end of the century.

The continued loss of alpine glaciers is one of ‘the clearest indicators’ of climate change, experts said.

The Schneeferner is Germany’s largest glacier. Experts predict it could melt away within 10 years if current climate change rates continue

A glacier is a large accumulation of ice, snow, rock and sediment, usually formed over centuries, that is constantly moving due to its sheer weight and gravity.

Germany’s five glaciers are in Bavaria, in the southeast: The highest and largest, the Schneeferner, is located on a plateau south of the Zugspitze, the country’s tallest peak.

‘The days of glaciers in Bavaria are numbered,’ Glauber said. ‘And even sooner than expected.’ 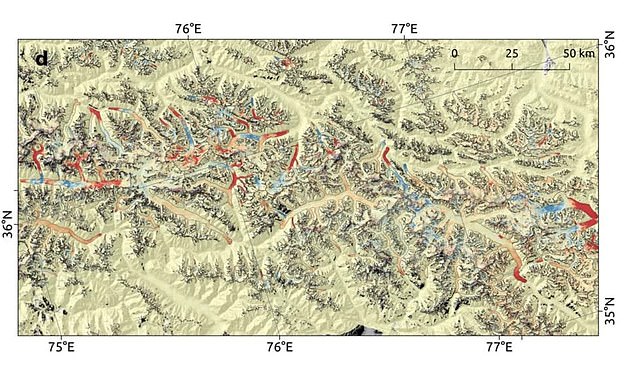 A map indicating the loss of thickness of glaciers in the European Alps between 2000 and 2019 (in red), as well as any  gains (in blue) 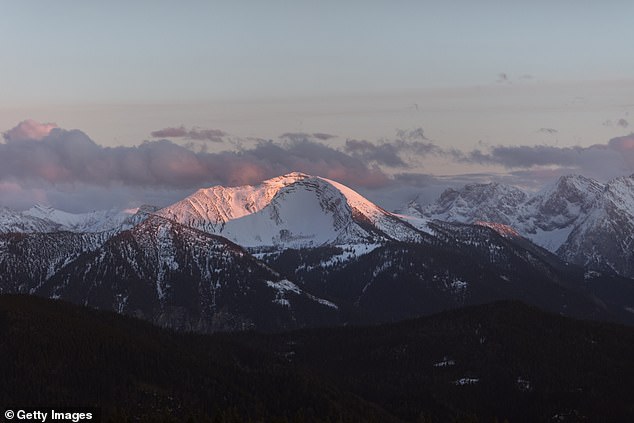 Scientists had previously estimated Germany’s glaciers would be around until the middle of the century but melting has increased exponentially: in the last decade, they’ve lost about two-thirds of their volume and their surface areas have shrunk by a third

Scientists had previously estimated the glaciers would be around until the middle of the century.

But Germany’s glaciers have lost about two-thirds of their volume in the last decade and their surface areas have shrunk by a third, according to a report from Bavaria’s Academy of Science.

Glaciologist Christoph Mayer, who worked on the analysis, said “the causes and reciprocal effects lie definitively in climate change.’

The ice floes are ‘not only a monument of Earth’s history in the form of snow and ice, they are thermometers for the state of our climate,’ Glauber said.

According to a new study published in the journal The Cryosphere, the 4,000 glaciers located in the European Alps could lose up to 90 percent of their remaining ice by 2100 if greenhouse gas emissions aren’t curbed.

Even if they are capped, though, nearly half of the region’s ice will be lost by 2050, thanks to preexisting conditions.

‘Glaciers in the European Alps and their recent evolution are some of the clearest indicators of the ongoing changes in climate,’ said co-author Daniel Farinotti of the  Swiss Federal Institute of Technology in Zürich. 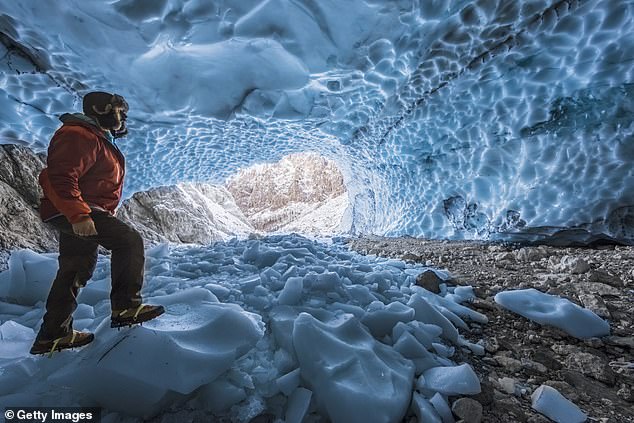 The 4,000 glaciers located in the European Alps could lose up to 90 percent of their remaining ice by 2100 if greenhouse gas emissions aren’t curbed. Pictured: A hiker traverses the Watzmann Glacier in Bavaria, Germany

‘The future of these glaciers is indeed at risk, but there is still a possibility to limit their future losses.’

The picture is grim for glaciers around the world, as well, which are losing mass exponentially.

In the first 20 years of the 21st century, the world’s glaciers lost an average of 294 billion tons of ice each year—enough to submerge Switzerland under nearly 20 feet of water, according to research published this week in Nature.

Globally, glaciers are losing 30 percent more snow and ice annually than they did just 15 years ago. 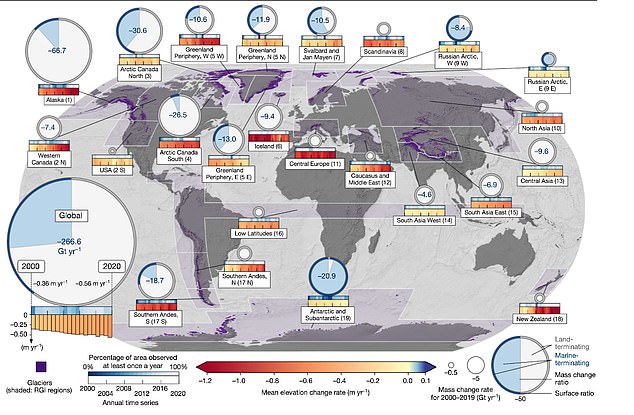 A map of regional glacier mass changes from 2000 to 2019. Globally, the world’s nearly 220,000 glaciers are losing 30 percent more snow and ice annually than they did 15 years ago

An international team used detailed NASA satellite observations to analyze all 217,175 glaciers around the world for the first time, excluding ice sheets in Greenland and Antarctic.

The loss in the Himalayan glaciers ‘particularly worrying,’ said co-author Romain Hugonnet, a geophysicist at the University of Toulouse.

‘During the dry season, glacial meltwater is an important source that feeds major waterways such as the Ganges, Brahmaputra and Indus rivers,’ Hugonnet said.

‘Right now, this increased melting acts as a buffer for people living in the region, but if Himalayan glacier shrinkage keeps accelerating, populous countries like India and Bangladesh could face water or food shortages in a few decades.’