Georgia’s new law restricting abortion access is sparking a growing outcry in Hollywood, with some production companies calling for a boycott of the state and others vowing to support the legal battle against the legislation which takes effect in 2020.

At least five companies say they won’t shoot projects in the Peach State unless the legislation is overturned.

Georgia Gov. Brian Kemp, signed Bill 481 (the Living Infants Fairness and Equality Act) on Tuesday to ban abortions once a fetal heartbeat can be detected. That can be as early as six weeks. The bill is set to take effect in January, 2020.

Among those speaking out are Killer Films CEO Christine Vachon, whose company was behind critically-acclaimed films Vox Lux and First Reformed, and Mark Duplass of Duplass Brothers Productions, which has deals with both Netflix and HBO. Duplass tweeted Thursday: “Don’t give your business to Georgia.”

David Simon, the creator and executive producer behind the acclaimed series The Wire, said he cannot “ask any of my female colleagues to work in a jurisdiction that limits their health care options and impairs their civil liberties.”

Don’t give your business to Georgia. Will you pledge with me not to film anything in Georgia until they reverse this backwards legislation?

Killer Films will no longer consider Georgia as a viable shooting location until this ridiculous law is overturned.

Star Wars: The Force Awakens director J.J. Abrams and Jordan Peele, who won an Oscar for his Get Out screenplay in 2018, called the legislation “draconian” in a joint statement Friday but are taking a different approach.

The filmmakers say they’ll proceed with the production of their upcoming drama-horror series Lovecraft Country in the state but will donate their producer fees — the pay each receives per episode — to support organizations fighting against the ban.

In March, 50 actors including Alyssa Milano, Alec Baldwin, Ben Stiller and Laverne Cox signed an open letter saying they would not support production in Georgia if the anti-abortion bill was passed.

“We will do everything in our power to move our industry to a safer state for women if H.B. 481 becomes law,” the letter said. 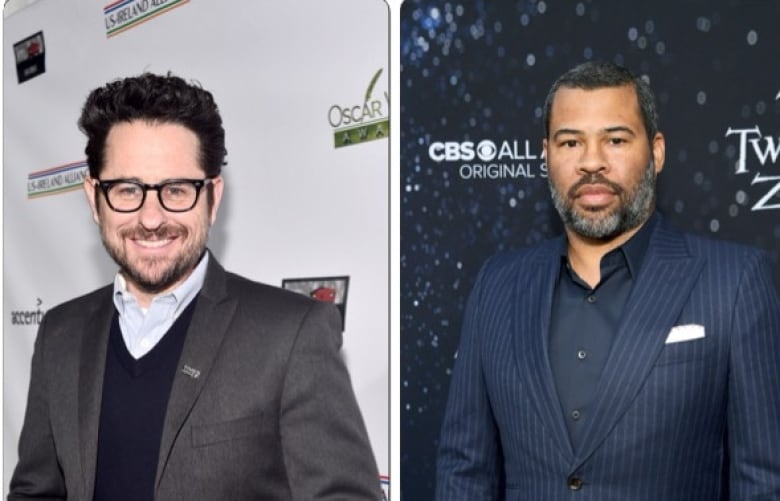 Filmmakers J.J. Abrams (left) and Jordan Peele say they will not move their upcoming production out of Georgia but will instead donate their fees to organizations leading the fight against the anti-abortion bill in the state. (Getty Images)

While many refer to Canada as Hollywood North, Georgia is considered by many to be Hollywood South because of the number of productions it hosts. There were 455 productions in the state last fiscal year.

Fifteen of North America’s top-grossing films in 2017 were shot in the U.S. state, according to FilmLA including Guardians of the Galaxy, Vol. 2 and Spider-Man: Homecoming. That was more than in California and second only to Canada that year. 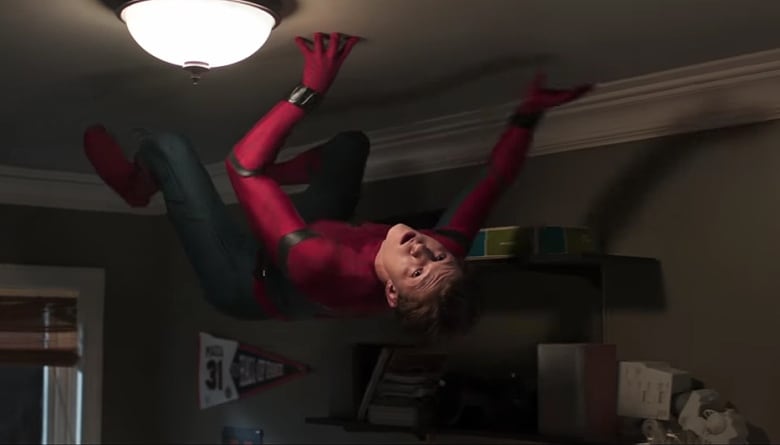 Spider-Man: Homecoming was among several top-grossing films in 2017 shot in Georgia. (Marvel Studios/YouTube)

Georgia offers generous incentives and credits for production companies that film there. It’s also home to Pinewood Atlanta studios, a state-of-the-art soundstage and the largest in the U.S. outside Los Angeles.

In 2018, Black Panther and Avengers: Infinity War (both produced by Marvel Studios and distributed by Disney) were among the blockbusters filmed in Georgia, which has also provided the backdrop for popular television series including Atlanta, The Walking Dead, Stranger Things, Ozark and Insatiable. 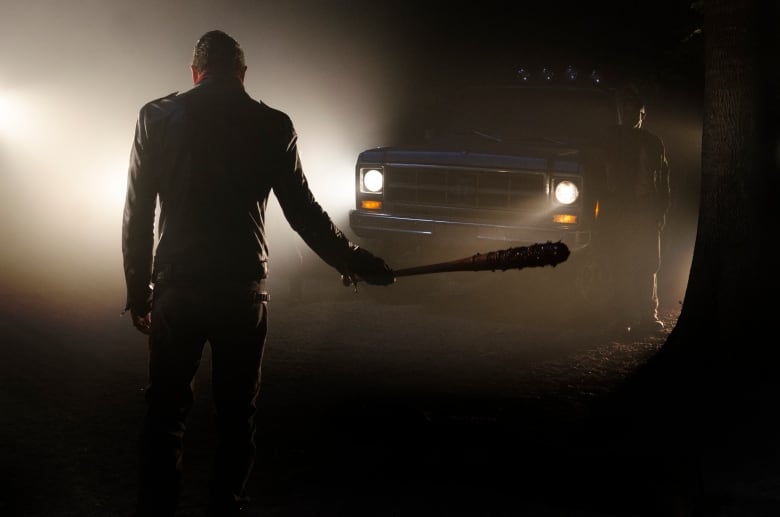 AMC’s hit zombie drama The Walking Dead was among the 455 productions shot in Georgia during the 2017-18 fiscal year. (Gene Page/AMC)

Milano, who stars on Netflix’s Insatiable, told Buzzfeed News she’s bound by contract to finish shooting the current season but will fight “tooth and nail” to move the series out of Georgia should the bill take effect. She said if the series continues for a third season, she won’t return if it remains in the state. The actress has also called for a sex strike to protest the ban. 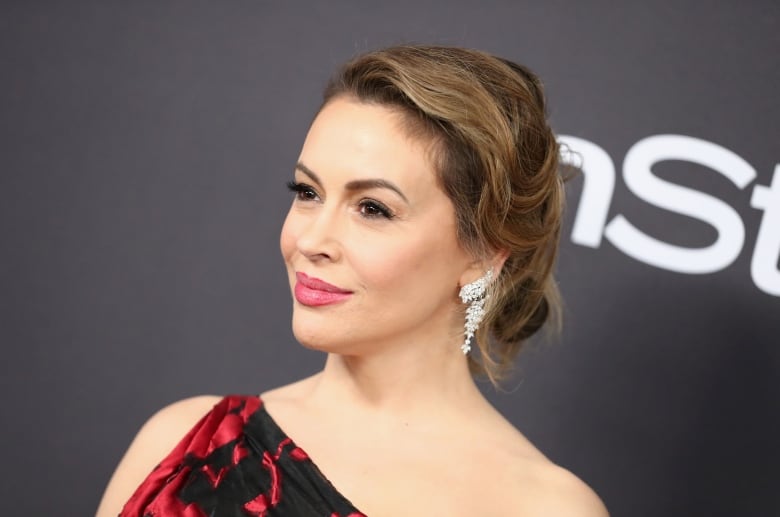 Alyssa Milano, who stars on the Georgia-filmed Netflix series Insatiable, told Buzzfeed News she would not continue for a potential third season if the state enacts its anti-abortion bill and the production doesn’t move in protest. (Rich Fury/Getty Images)

Netflix, however, has remained quiet on the subject.

CBC News has reached out to major studios with multiple productions in the state including Netflix and Disney — but none responded before deadline.

In 2016, both companies threatened to move their projects elsewhere after an anti-LGBTQ bill was signed in Georgia. The legislation was eventually vetoed by the governor at the time. 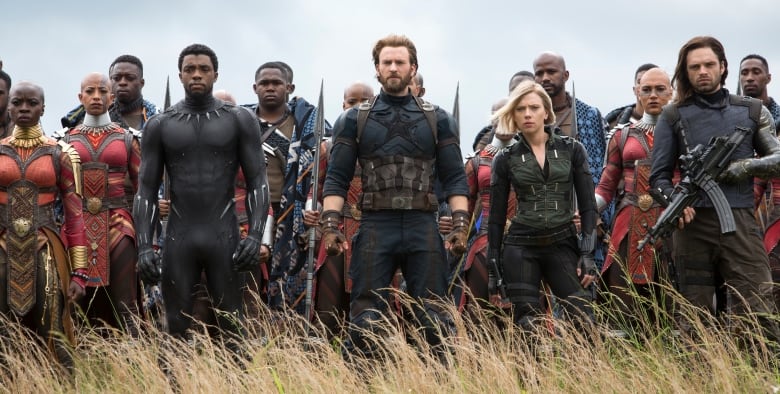 According to the Motion Picture Association of America, film and television projects in the state support more than 92,000 local jobs. The organization told Variety that it will “continue to monitor developments” related to the abortion bill.

“It is important to remember that similar legislation has been attempted in other states, and has either been enjoined by the courts or currently being challenged,” MPAA spokesman Chris Ortman told the publication earlier this week.

The American Civil Liberties Union said it will challenge the legislation in court. Mississippi and Ohio are among the states which have signed similar bills this year. An Iowa judge struck down a “fetal heartbeat” abortion ban in that state in January, deeming it unconstitutional.