George Kambosos Jr opens up on bitter split with Tim Tszyu that left the world champion in TEARS: ‘There is no relationship there’

They trained together for years but George Kambosos Junior has revealed he now has ‘no relationship’ with Tim Tszyu after a split that once saw the lightweight world champ call his father ‘in tears’.

The two Aussie boxers used to train under Tim’s uncle Igor Goloubev at Sydney’s Kostya Tszyu Boxing Academy as they rose through the ranks, with Kambosos learning from him ‘for many years’ as he punched his way through the amateur ranks before turning professional.

But just days out from his lightweight unification bout with Devin Haney, the 28-year-old and his father Jim have opened up on the split with the Tszyu camp.

‘There is no relationship there,’ Kambosos Jr told the Sydney Morning Herald.

‘I do my thing, they do theirs. I wish them all the best. 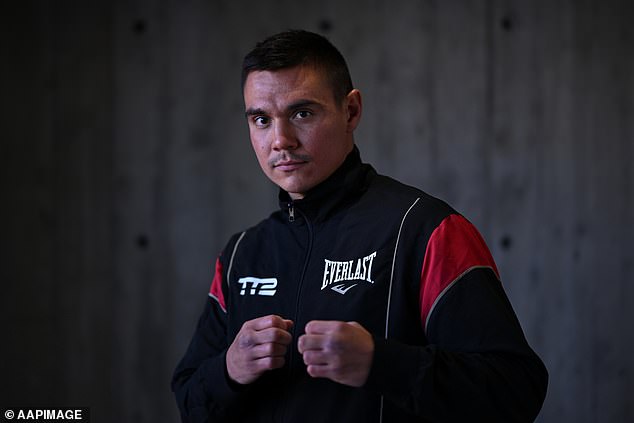 ‘I know Tim’s trying to become a world champion. I’m world champion now. I know what it takes to get to the top. If he were to call me right now I’d put everything aside and say, “This is what I think”. If I can help, I will.’

The blunt statement is a far cry from ‘Ferocious’ Kambosos’ previous comments on Goloubev, who was also in his corner for his first 12 professional fights.

‘I’ll never take anything away from Igor, he was my trainer for many years and taught me a lot as well and you never disrespect that,’ he said after winning the title against Teofimo Lopez in November 2021.

Jim Kambosos explained that the split occurred in the lead-up to his son’s fight against Qamil Balla in 2017, when the Tszyu camp started working with Australian ex-heavyweight boxer Justin Fortune. 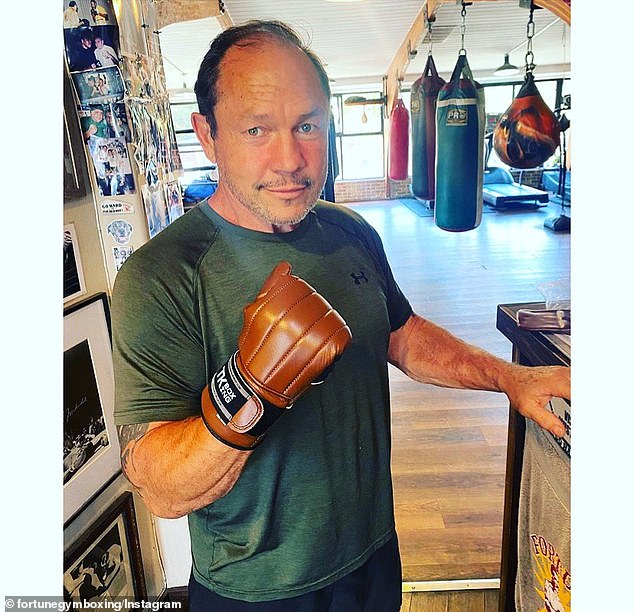 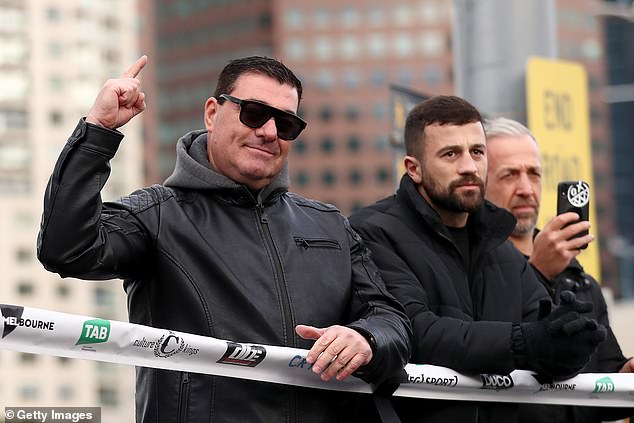 The lightweight champion’s father Jim (pictured, left, in Melbourne on Thursday) said his son was left ‘in tears’ after an angry phone call from Tszyu’s uncle Igor

Fortune helped train Manny Pacquiao, who brought on Kambosos as a sparring partner for years before the Lopez fight changed his life.

‘Igor went red when I told him Justin was going to be in George’s corner for that fight,’ Jim Kambosos revealed.

‘George won the fight, but after we got back to Australia, Igor called him and said, “Don’t you ever come back to the boxing gym. I’m never going to train you again”.

‘George called me in tears.’

The publication claimed the two camps are also divided because Kambosos and his people feel Tszyu has been given an easy run in the sport due to his famous surname, with Tim’s team left unimpressed by the champ’s close relationship with the powerful Main Event pay-per-view company. 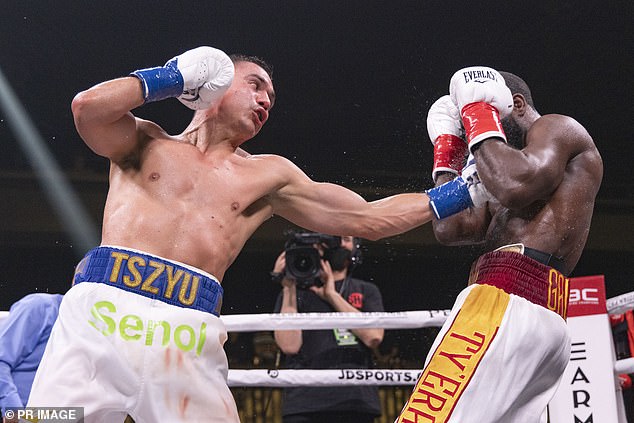 A shot at the super welterweight title beckons for Tszyu (pictured beating Terrell Gausha), who is the mandatory challenger for Jermell Charlo’s WBO belt. Despite the split, Kambosos Jr says he’ll give his former friend advice if he’s asked

Kambosos is just one year older than Tszyu, who is now the mandatory challenger for super welterweight champ Jermell Charlo’s WBO belt.

The pair took very different paths to the top ranks of the sport, with Kambosos choosing to fight overseas as he established himself, while Tszyu’s first bout outside Australia happened in March, when he beat Terrell Gausha in America.