Gavin Williamson must stand up to the school unions like Margaret Thatcher, say Tory MPs – as Education Secretary is under fire for being ‘too weak’ to resist them

Gavin Williamson must take Thatcher-esque action against school unions, Tory MPs have said, with the Education Secretary under fire for having been ‘too weak’ to resist them.

Backbenchers rounded on the National Education Union in a call with Mr Williamson last week, with one saying the ‘NEU is about to become the National Union of Mineworkers of this generation’ and calling for action.

‘We need to get them under control’, a source said he was told.

Several MPs on the call described the NEU as the No Education Union, echoing a joke Mr Williamson is previously said to have made. The NEU last week told primary school teachers not to return to work, before the Government U-turned on re-opening schools.

Meanwhile, two senior Tories said Mr Williamson is ‘too weak’ to stand up to the unions and to Cabinet Ministers pushing tighter lockdowns.

A Government source said Mr Williamson has had a ‘good working relationship’ with other education unions throughout the crisis and accused the NEU of trying to ‘dislodge’ him.

‘We are not going to give them the satisfaction of taking them on politically, because they want a political battle,’ the source said. ‘It is far more effective to let them make their own mistakes. 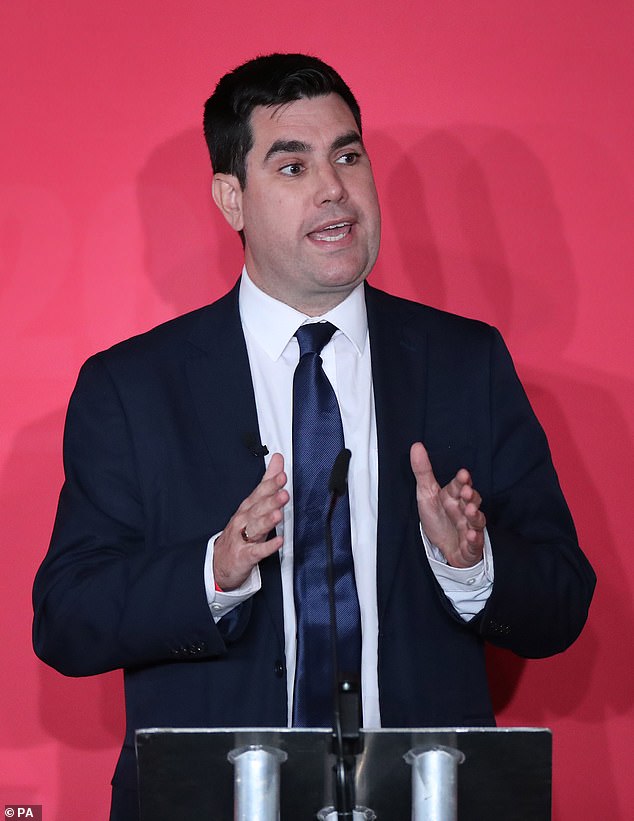 Labour MP Richard Burgon (pictured) lent his support, saying: ‘The National Education Union and its members have my 100 per cent backing in taking this necessary action to protect the safety and lives of staff, pupils and the wider community;

‘The unions have made a fatal mistake in thinking they have taken on Gavin Williamson when actually they are taking on the nation’s parents. The NEU’s leadership is not as powerful as it thinks.’

The NEU last weekend said it would advise its 450,000 members on their legal right not to work in an unsafe environment and called for all primary schools to teach online for ‘at least two weeks’ ahead of last Monday.

Labour MP Richard Burgon lent his support, saying: ‘The National Education Union and its members have my 100 per cent backing in taking this necessary action to protect the safety and lives of staff, pupils and the wider community.’

On Monday, when the Government announced a national lockdown under which most pupils would not return to classrooms, the NEU said: ‘No one wanted schools and colleges to shut again but the evidence clearly pointed to the necessity for this to happen weeks ago.’

Yesterday, it emerged Mr Williamson was not present in the meeting between Boris Johnson and chief medical officers which led to the Government reversing its plans to reopen schools.

The NEU said: ‘Gavin Williamson has been on the wrong side of the argument throughout the pandemic. In the eyes of parents he has shown himself incapable of protecting schools, colleges and students, and he has completely lost the teaching profession’s patience.

‘We advised members last weekend of their rights to refuse to continue going into a workplace which Sage considered unsafe for communities, and the decision by the Prime Minister on Monday night proves we were right to do so.’