The Masked Dancer: Gavin and Stacey’s Joanna Page is the second star to to get the chop after being unveiled as Pig

By Brenda Dennehy For Mailonline

Joanna Page has been unveiled as Pig on Saturday night’s episode of The Masked Dancer.

The Gavin and Stacey star was eliminated from the ITV competition, after being in the bottom three with Cactus and Pearly King, who have yet to be announced.

The panel of celebrity judges were left in shock after seeing the sitcom star unveiled having thought Pig would be a man – which left Joanna taken aback after being unmasked.

Reveal: Joanna Page has been unmasked as Pig on Saturday night’s episode of The Masked Dancer

Guesses for who Pig could be also included Anita Rani and Clare Balding.

Last week, Desperate Housewives star Jesse Metcalfe was the first contestant eliminated, as he was unmasked and revealed to be the dancer being Astronaut.

Pig’s clues were all given in or around their bright pink countryside cottage, which was later spotted to be number 47 –  which was Stacey’s house number in the beloved comedy drama series.

The final clue was: ‘I once made a right pig’s ear of meeting someone I really admired,’ which Joanna later explained as the time she met Dame Emma Thompson while filming Love Actually. 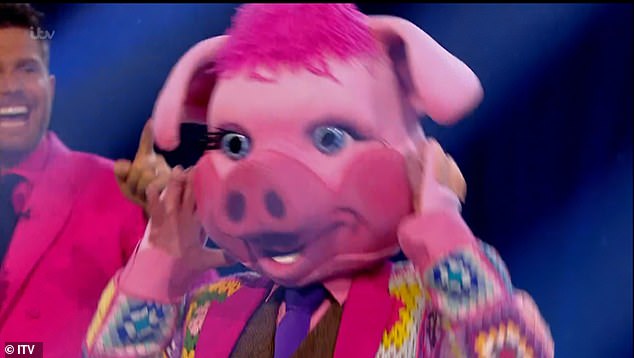 TV fans: Joanna strongly hinted at her time on the sitcom during the clue package

The Welsh beauty described her time on the popular show as ‘amazing’.

Fans were overjoyed at the unlikely unmasking and flooded Twitter with sweet messages. 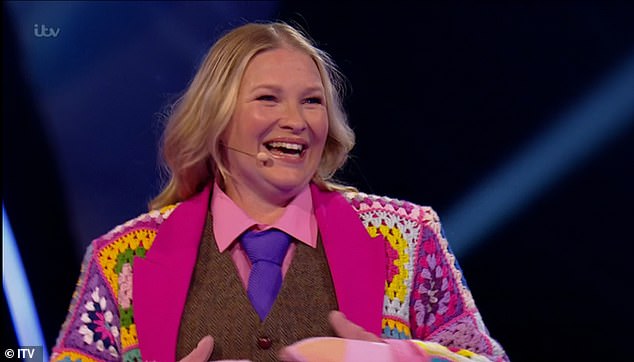 End of the road: The Gavin and Stacey star was eliminated from the ITV competition, after being in the bottom three with Cactus and Pearly King, who have yet to be announced 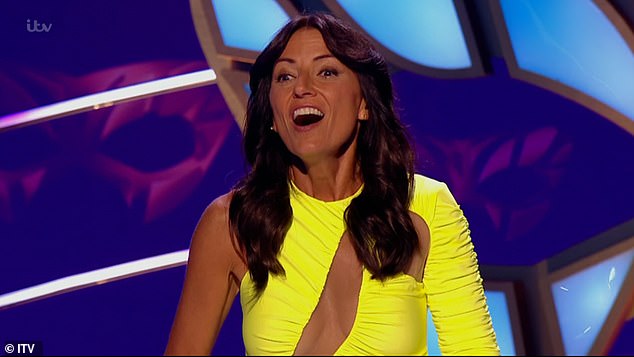 Another added: ‘The Pig was literally the best act of the night. #maskeddanceruk

A third suggested: ‘After seeing joanna page on #MaskedDancerUK I NEED HER ON STRICTLY PLEASEEE.’

‘Wow gutted Pig is out of the competition! Fantastic episode though tonight #MaskedDancerUK,’ a fourth wrote.

A Gavin and Stacy fan joked: ‘I wont lies to you Stace, but you were crackin’ @jopage_’

While another guessed: ‘Pig sounded Welsh in the last bit. #MaskedDancerUK.’ 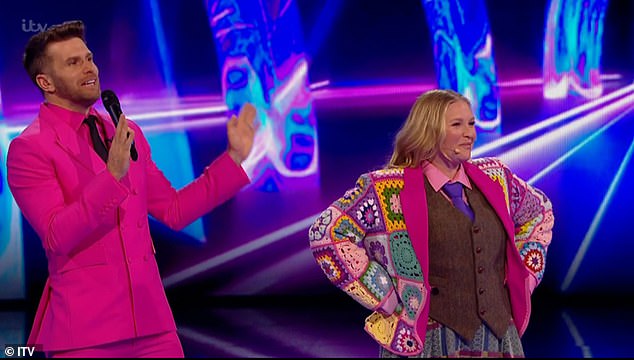 Big reveal: Presenter Joel Dommett stood next to Joanna on stage as the revelation was made

Gushing: Fans were overjoyed at the unlikely unmasking and flooded Twitter with sweet messages

Jonathan Ross, Davina McCall, Strictly legend Oti Mabuse and new judge Peter Crouch will now be left to figure out who the celebrities dancing around in outlandish disguises are.

Natalie Imbruglia was crowned the winner of the 2022 series after being revealed as Panda.

The songstress, 47, beat Charlotte Church who was unmasked as Mushroom in second place and Westlife star Mark Feehily who was revealed to be Robobunny in third place.

Natalie impressed judges Rita Ora , Mo Gilligan, Davina McCall, Jonathan Ross and Joss Stone on the night when she sang Taylor Swift’s hit Blank Space, before performing a duet with comedian Jason Manford, who was Hedgehog in series one. 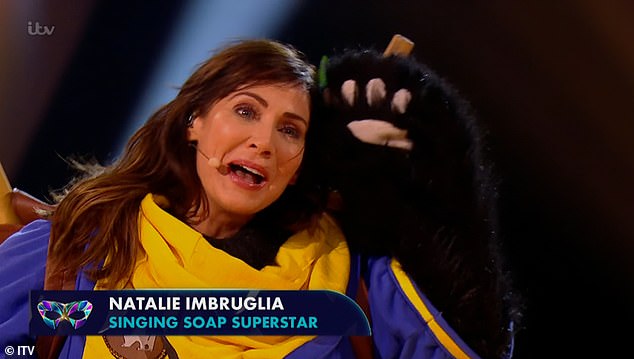 Amazing! Natalie Imbruglia was crowned the winner of The Masked Singer 2022 on Saturday night after being revealed as Panda