‘Everton are the mystery of the season’: Gary Neville remains bemused over the Toffees’ season after tipping them to be his overachievers at the start of the campaign and gives blunt assessment of Rafa Benitez’s sacking

Gary Neville has suggested it remains an ‘absolute mystery’ how Everton’s season under Rafa Benitez went so awry.

The Toffees won four of their opening six games under the Spaniard before he was sacked in January following a run that included only one win since September.

Neville, who was speaking the Overlap, had tipped Everton to be 2021/22’s overachievers before they spectacularly crashed and burned only to survive relegation by the skin of their teeth. 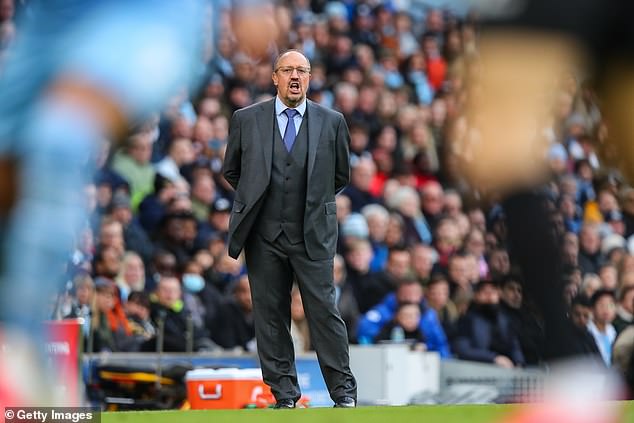 His appointment was a controversial one, but Gary Neville expected it to work – initially

The former Manchester United fullback said: ‘I had them down as my overachievers. I just thought Benitez is such a stable and steady performer that he would get them into eighth, where Wolves and West Ham are, I thought he would do that to them.

‘He is not the greatest to watch at times but he usually gets a group of players organised and together.

‘I couldn’t believe how badly it went. [Manchester] United and Everton are the mystery (sic) of the season for me, absolute mystery (sic).’ 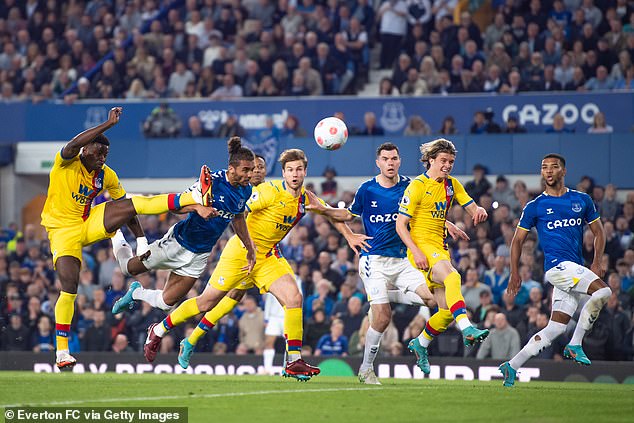 He went on to add that he ‘knew’ it would go badly eventually for Benitez, who has a history of acrimonious relationships with people in the game, but did not expect it to happen so quickly.

‘Benitez has that access to agents to get players in and I thought he could do it on his own,’ he said.

‘He had been at Newcastle where there was a toxic atmosphere and I thought he was perfect to deal with a difficult club like Everton. I knew it would go badly at one point, but I never thought it would happen so quickly.’ 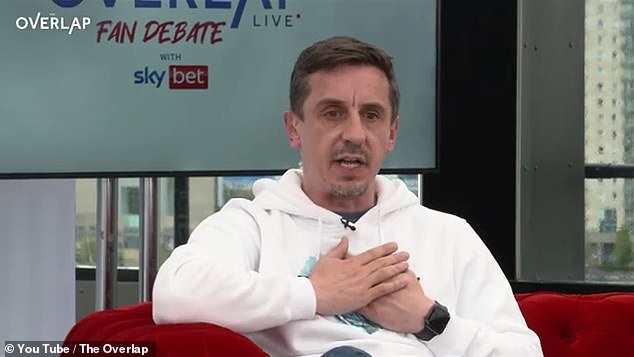 He went on to speak about Everton’s seemingly baffling decision to offload Lucas Digne on the instruction of Benitez, with the player and manager having fallen out, only to then sack Benitez a few days later.

‘That was a shocker,’ said Neville. ‘Selling him and then sacking Benitez was unbelievable.

‘That just told you how bad it was. They sold Digne, sacked the manager three days later and had got rid of one of your best players.’