Gary Neville credits his move into television in allowing him to get rid of the ‘anger’ inside him that he had as a player at Manchester United.

The 46-year-old emerged at Old Trafford as part of the famous Class of ’92 group and he went on to be richly successful under iconic boss Sir Alex Ferguson.

But Neville found football difficult to enjoy and he has opened up on how his mindset and feelings towards the game have changed since moving in to television. 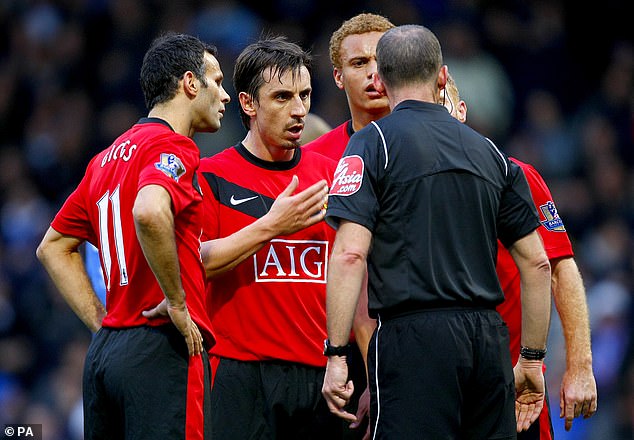 ‘I never once saw football as a joy. Then, when I left football, I could become me and get rid of that. I used to take it home with me at night and it used to ruin my week, as it did all of us.’

Since retiring from professional football in 2011, Neville has gone on to become one of the game’s authoritative pundits, working for Sky Sports. 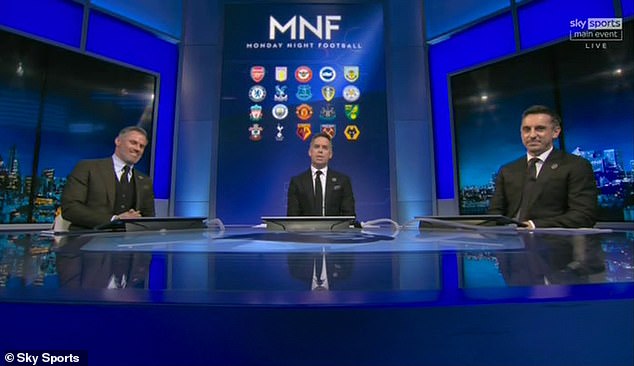 Since retiring in 2011, Neville (right) moved to TV work and said ‘anger’ as a player has left him

Neville has his own podcast and is the face of the flagship Monday Night Football show, alongside one of his foes from his playing days, Jamie Carragher.

Asked if he could have put in a word to stop Carragher, who enjoyed some feisty battles with Neville and Manchester United as a player, Neville dismissed the idea he could veto a potential colleague.

‘I wondered what it would be like at the end of my career when I went to work in television with players who I essentially didn’t get on with. Jamie Carragher famously,’ he explained.

‘I was at Sky for two to three years before, I was doing Monday Night Football and if I’d have said “I don’t want him to come in” it may have influenced Sky at the time but I’d never do that.

‘I always think that way and I have to say it became obvious within 12 months that I was going to have to adapt and change.’

Neville and Carragher have struck up great on-screen camaraderie and have shown a chemistry on TV that differs from the ferocity of their battles as players.

SPORTbible ‘My Stories’ is available on LADbible TV on YouTube.