A gardener with a life-long dear of water was found dead in a millionaire’s swimming pool after he heard his wife flirting with her new lover when she accidentally pocket-dialled his phone.

When she realised what had happened, she left the Wetherspoons meal to race to the £1.3million luxury property in Churt, Surrey, that her husband had been house-sitting.

But by the time she found Mr Rees he was drowned in the water, with medics unable to resuscitate him.

Mrs Rees told an inquest at Woking Coroners Court said of the accidental phone call: ‘It would not have been nice to hear.

‘I declared that he hit me on more than one occasion, that I work a 70-hour week and was exhausted while Gareth was finishing work at 2.30pm – and I was flirting.

‘Glen had been in a tempestuous relationship with his ex-partner and we were agreeing that you cannot help someone who does not want to be helped.

‘I am not a technology person but I think instead of pressing the send button while texting Gareth I accidentally pressed the dial button, I do not know exactly what he was able to hear.’ 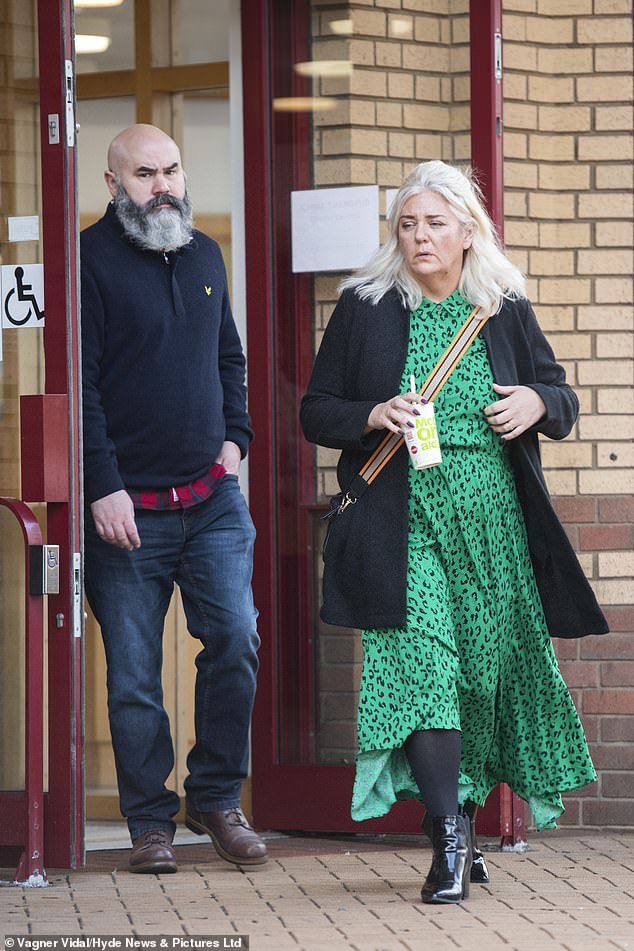 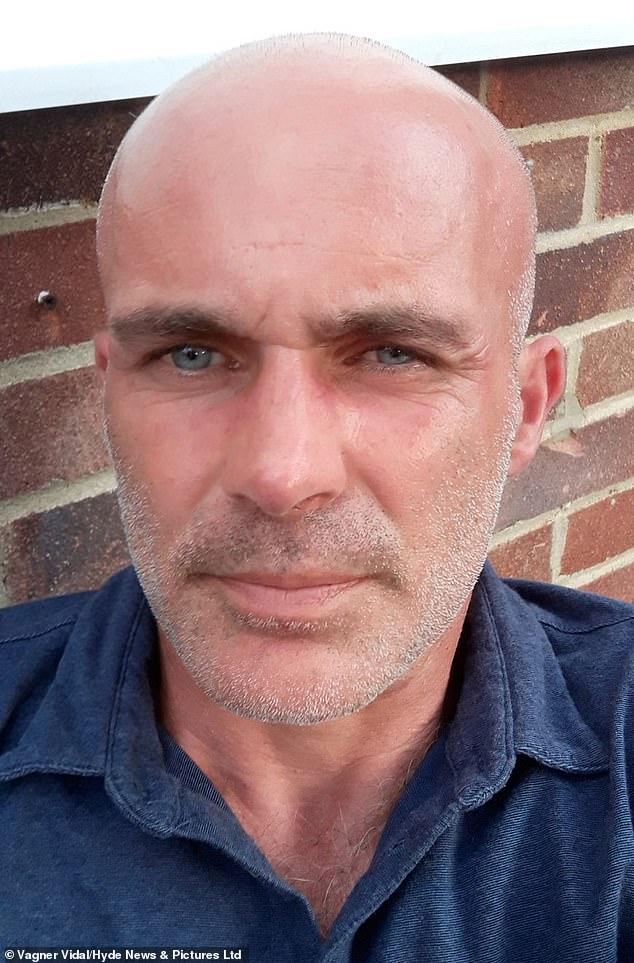 Gardener Gareth Rees, 49, had split up with his wife but was upset about her moving on

After realising the blunder, panicked Claire left her Weatherspoons lunch-date and raced to the £1.3m home where she made the grim discovery outside in the swimming pool.

She added: ‘I feel really bad about it now but my friends and I had joked earlier because Gareth had texted me to say he was going for a dip in the pool. He cannot swim, he hated water, he had a phobia – we thought he was joking.

‘If the pocket dial had anything to do with his death, that is something I have to live with. I have had to make my peace with it.’

The inquest heard that after 11 years of turbulent marriage, the wife had ended her relationship with gardener Gareth and he confided in family that it was as if ‘a weight had been lifted off his shoulders.’

However, just a few weeks after the separation, he suspected his wife was romantically involved with somebody else which left him ‘angry and upset’.

In the early hours of the morning of his death, he had Googled the name ‘Glen Ryan’ searching for the new lover on Facebook, Detective Inspector Jo Smith confirmed to the assistant Surrey coroner.

She said: ‘I found messages from Gareth challenging Claire about moving on so early into a new relationship and that was not what he was going to do. Gareth had told mutual friends that he could not live without Claire.

‘Even though Claire had told Gareth she was not going to meet Glen, I think Gareth suspected that she was as he had Google-searched ‘Glen Ryan Facebook’ and ‘Glen Ryan Southampton’ at 5.47am on August 3, 2019 – the day of his death,’ the detective said. 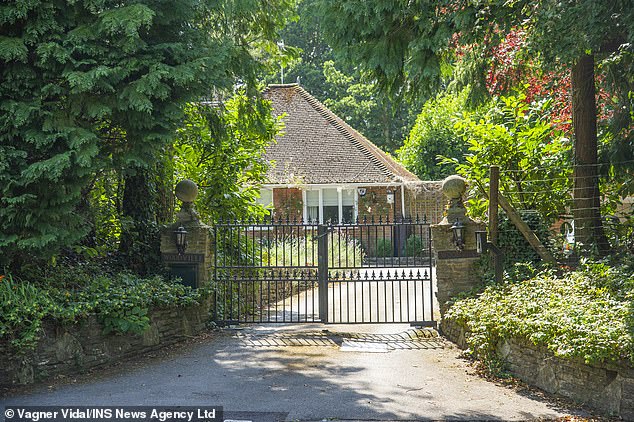 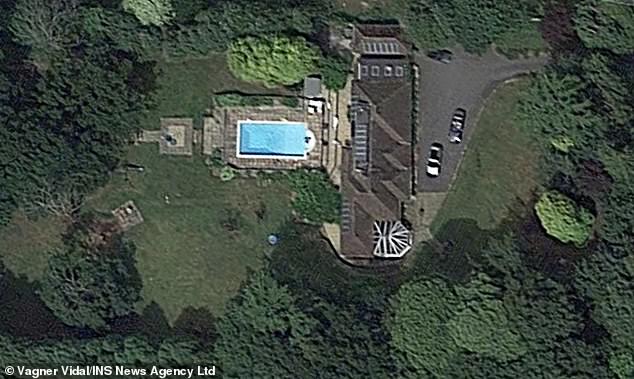 The inquest heard how Mr Rees had been staying in his marital home in Alma Lane, Farnham, Surrey, the week before his death but was house-sitting a luxurious home for friends in Churt on August 3, while the owners holidayed in France when he received the pocket call.

‘I still loved him as a person and the last thing I wanted was for him to be upset so I told him I was coming to the house in Churt,’ Mrs Rees told the inquest.

After searching the property, she discovered her husband drowned in the pool and pulled him out of the water before frantically dialling 999 just after 3pm. Paramedics arrived within 11 minutes but despite constant resuscitation, Mr Rees was sadly declared deceased beside the pool at 3.45pm.

Pathologist Dr Robert Chapman confirmed that he had died from drowning and had drunk over the drink drive limit of alcohol at the time of his death.

Assistant coroner Dr Karen Henderson said: ‘It was clear Gareth was upset that she was moving on, he had overheard remarks about him that were not complimentary and had the realisation that his marriage was not going to be recoverable.’ 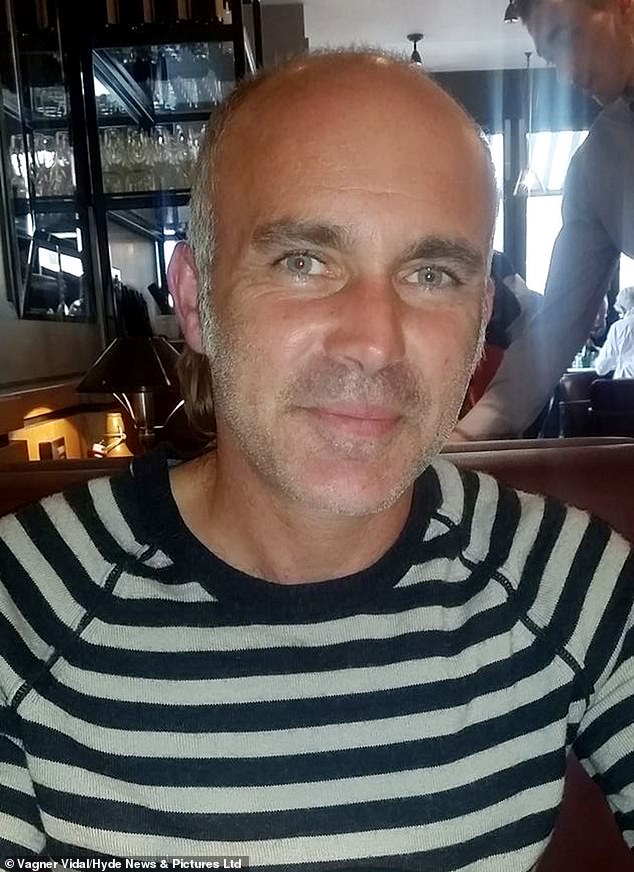 Following the inquest, the husband’s father, Mel Rees, said: ‘We were all so happy when they got married, we thought he needed a strong woman, but I never liked her.

‘When Gareth died at 3.45pm she didn’t even ring us to tell us what had happened, we had a knock on the door from policemen at 11.30pm that night. Her own son had rung Gareth at 6.30pm as she hadn’t told him either but her drinking partner in Spain was told at 5pm.

‘When she eventually told us what had happened she didn’t even cry. She said she didn’t cry when her own mother died but there was no emotion there. We know she used him.’

Wearing a vibrant green dress at the inquest in Woking, Mrs Rees said: ‘Gareth was a lovely person, he was the best step-father to my son. We did have our problems which manifested in the last 18 months, but even on our wedding day I found out he had lied about his parents and he stopped me from seeing them.

‘It was a tempestuous relationship from day one. But my son had already had a turbulent past, I knew from the start that it was not going to work but Gareth was so kind and loving.

‘We had both drifted and it was my son that said he could not cope with the arguing. That was the nail in the coffin. I cannot have more children and he is my world. It was my decision to end the relationship but Gareth agreed.’

Assistant coroner Dr Henderson, in delivering her conclusion, said: ‘Gareth Rees was a much-loved son, brother and indeed step-father and husband. He was at the time of his death fit and well. He had been a printer by trade and later became a gardener as he really enjoyed being outdoors and his dogs.

‘It is not the purpose of this court to rake through the ins and outs of a relationship or attribute any responsibility, it is outside the scope. I accept that there had been difficulties in the relationship between Gareth and his wife.

‘This had culminated in the event in July after which the process of separation had begun. I am satisfied that perhaps Gareth had mixed feelings about it. Perhaps not wanting to move on but in others ways he understood the process of moving on.

‘All of the evidence from his family was that on some level he knew his marriage was not going to work out but he was clearly some stages behind Claire in that regard.

‘On August 3 2019 he attended an antiques fair in Farnham. His wife was concerned in relation to the contents of a dropped phone call which did not paint a flattering picture of their marriage or of Gareth who had his own suspicions in regard to a potential new relationship.

‘Given her concern she went to check on him, there had been a series of text messages that he might have a dip in the pool despite having a phobic fear of water since childhood. There was a further text message at 2.19pm saying she will be popping around and arrived 30 minutes later to sadly find Gareth having drowned in the swimming pool wearing shorts.

‘It was clear he was upset that she was moving on, he had overheard remarks about him that were not complimentary and had the realisation that his marriage was not going to be recoverable.

‘However, I have no evidence that there was an intention to end his life, he had no known history of mental health problems and no note was left.’

The assistant coroner ended the inquest with an open conclusion noting the ‘exact circumstances of his death remain unknown and are speculative.’

Following the verdict, the Rees family claimed the verdict was a ‘disgrace.’

Brother Tom Rees added: ‘The best way to describe Gareth was when I asked him if he wanted to buy a lottery ticket for the £55 million rollover, he said he did not need it, he had his gardening and his dogs, he was very happy.’