Two takeaway food fans have been nabbed as they tried to cross the border into locked-down Auckland with $100,000 in cash and a car boot full of KFC.

While restrictions in the rest of New Zealand were eased at the start of September, Auckland remains under strict stage four lockdown, which includes fast food outlets being closed.

Police said the pair, who are known gang associates, had been trying to enter the city but were pulled over after they spotted a suspicious car travelling on a gravel road and the driver immediately did a U-turn.

Officers searched the car, which had been driven from Hamilton – an hour-and-a-half away – and found the substantial amount of cash and the boot packed with takeaway bags of the Colonel’s finest recipe.

‘The vehicle was searched and police located the cash, alongside empty ounce bags and a large amount of takeaways,’ police said.

The two men, aged 23 and 30, are set to appear in court for breaching the public health order but police said further charges are also likely and an investigation is ongoing.

Since Auckland was placed on alert level four in early August more than 86 people have been charged with 90 offences linked to breaching restrictions. 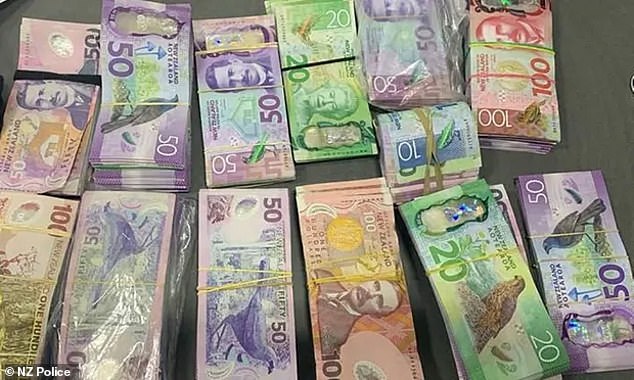 The pair also had $100,000 in cash in their car with police saying an investigation is underway 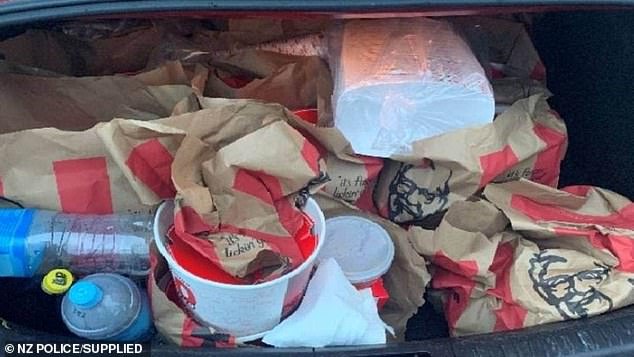 From Wednesday, 1.7 million residents in the Auckland region have shifted to a level three after five weeks in the tough level four environment.

Level three allows for more businesses – including construction and manufacturing – to open, for schools to return, and for restaurants and cafes to serve takeaways.

Aucklanders are desperate for the shift after they have suffered through five lockdowns during the pandemic, enduring 117 days and counting under lockdown orders.

On Tuesday, Director General of Health Ashley Bloomfield reported 14 new cases in the community, including four in Whakatiwai.

Dr Bloomfield said he expected case numbers would ‘rumble along a bit’ and then ‘we’re expecting them to decline’. 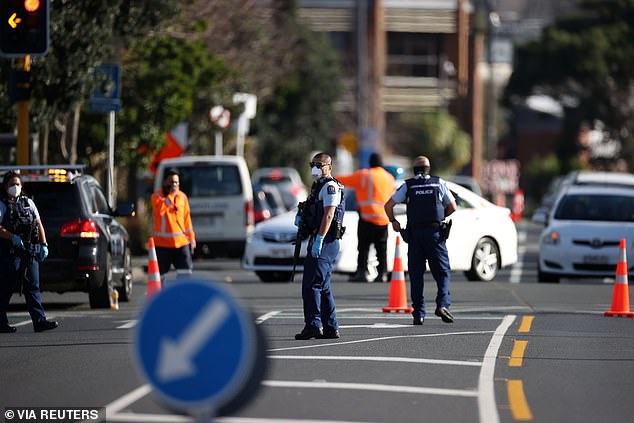