‘He’s in danger of being on a coach back to Leeds’: Gabby Agbonlahor fears for Kalvin Phillips’ Man City future after a ‘poor’ display during his first start for the club in their Carabao Cup loss to Southampton

Gabby Agbonlahor believes Kalvin Phillips is in danger of ‘going back to Leeds’ due to his struggles since joining Manchester City last summer.

The England international made his first start for the club last night since he completed a £45million move from Elland Road.

Phillips struggled during the 2-0 Carabao Cup quarter final loss to Southampton and was hooked off after 63 minutes for Rodri. 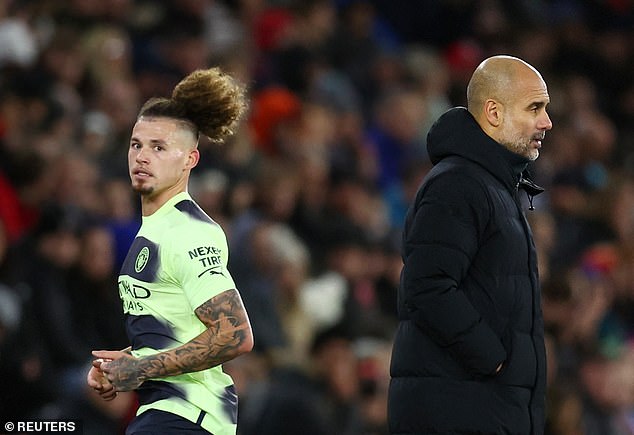 Speaking on talkSPORT, Agbonlahor said the 27-year-old failed to impress in what was a ‘perfect game’ to show why Pep Guardiola brought him to the Etihad.

He said: ‘I feel Kalvin Philips is in danger of being on a coach back to Leeds because he’s had his injury problems, then he’s had his weight problems.

‘Then last night was the perfect game for him to start and show what he’s about, show why Man City bought him. 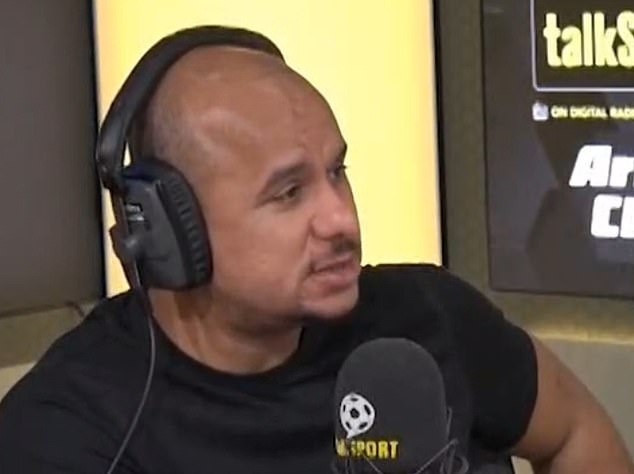 ‘Poor Rodri can’t catch a break. He was on the bench last night thinking “I’m going to get a nice rest today”.

‘Pep’s thinking “Rodri’s played every game, most of the minutes, he’s going to have a nice 90 minutes off.

’63 minutes later he had to bring him on because Kalvin Phillips was that bad. He couldn’t do anything right in the game and he’s in big danger.’

The former Aston Villa forward though didn’t only stick his criticism on Phillips, as he suggested a number of players were ‘poor’.

One of which was England star Phil Foden, who he claimed has been a different player since he signed his contract. 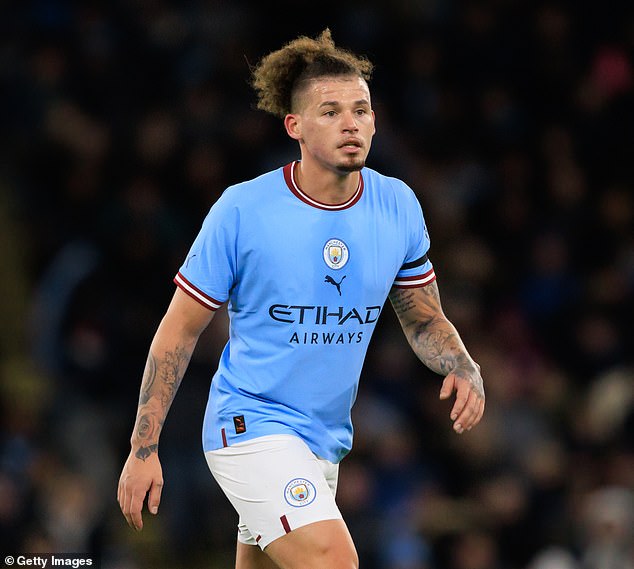 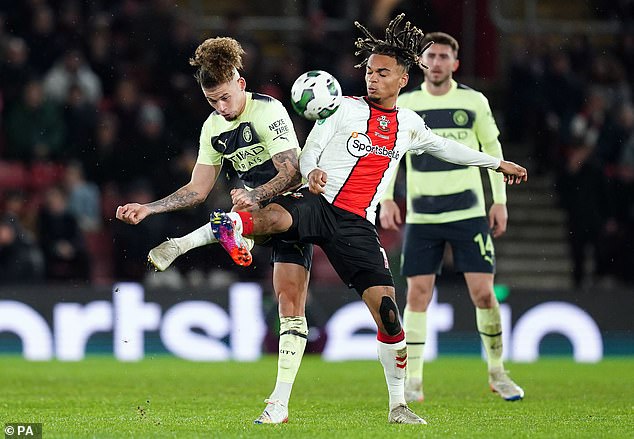 He added: ‘Pep will not be happy, (Joao) Cancelo was poor, Phillips was poor, Kyle Walker was poor at centre-half, (Sergio) Gomez at left-back was poor.

‘Foden, as well he’s not been himself recently. There’s something going on there after he’s signed his new contract he’s not been bang at it so Pep’s got a lot of decisions to make for the weekend.’

Phillips only made his first Premier League appearance for City last week against Chelsea, due to a shoulder injury, as well as weight issues on his return from the World Cup.

Pep Guardiola was impressed with Phillips’ response to the manager’s concern over his weight issues, though his performance against Southampton won’t help him in his quest to get regular football at the Etihad