A football agent who killed a traffic officer and left another paralysed has been let out of prison to go back to his job.

Peter Morrison, 41, sent up to 25 WhatsApp messages while speeding at 81mph in the rain and high winds.

He swerved across three lanes in his Mercedes ML350 and ploughed into the two officers on the hard shoulder of the M6 near Tebay, Cumbria.

Adam Gibb, 51, died and Paul Holroyd, 57, was left paralysed from the chest down in the horror crash in February 2016.

Morrison, of Worsley, Greater Manchester was jailed for seven years which was later increased to nine years as it was too lenient.

But the Prison Service has decided to allow him out on day release from 8am to 8pm to allow him to work for his previous employers YMU sports agency in Manchester.

Paul told MailOnline: ‘It is a farce – I was shocked and dismayed when I found out he’d been allowed out.

‘I thought when he did get out he’d be flipping burgers not going back to his cushy job as a football agent as if nothing had happened.

‘Adam lost his life and I have been left in a wheelchair while he gets to be out and I presume see his family.

‘I am angry that he’s been allowed out more than a year before he is supposed to be on this back to work day release. 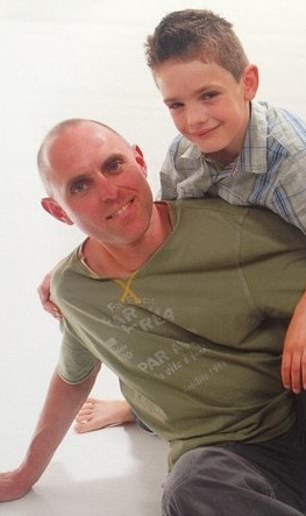 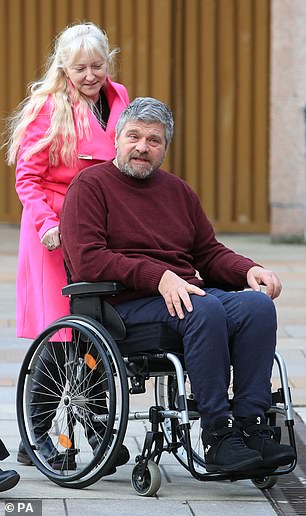 Adam Gibb, 51, died and Paul Holroyd, 57, was left paralysed from the chest down in the horror crash in February 2016 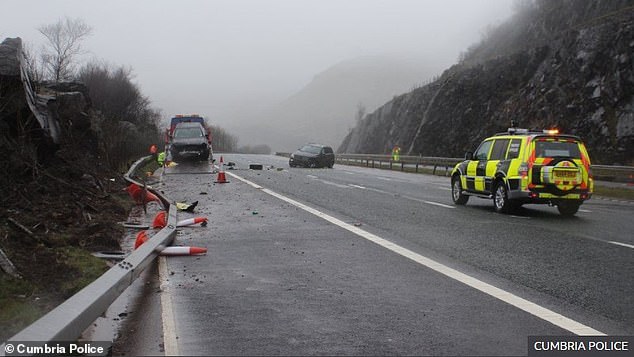 The aftermath of the crash on the hard shoulder of the M6 in Tebay, Cumbria. Morrison swerved across three lanes

‘The justice system seems to favour the perpetrators rather than the victims. It is scandalous.’

Mr Holroyd, of Kirkby Stephens, Cumbria, was paralysed as a result of a  broken back.

He said: ‘I will be in a wheelchair for the rest of my life.

‘I am trying to get on with my life and have started driving but this is it for me.

‘While Morrison is out and getting back to his well-paid job, I am serving a life sentence.

‘It makes a mockery of the justice system. We had no indication he was being allowed out – they could have told us.

‘He seems to be getting an easy ride – that is the real scandal. 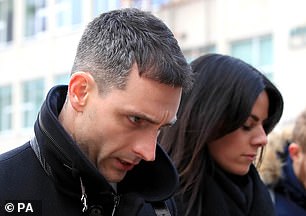 ‘They might as well put him up in the Premier Inn and save on the bus fare.’

Morrison, who is said to be an agent for a number of professional footballers, admitted causing death by careless driving but denied his driving was dangerous.

It’s unclear what Morrison’s precise role at the company is but YMU represents Spurs and one time England midfielder Harry Winks, Southampton defender Kyle Walker-Peters, Man Utd left-back Brandon Williams, as well as Northern Ireland captain Steven Davies, who used to play for Southampton but is now at Rangers.

When Morrison’s mobile phone was examined, it showed he had sent 44 text and WhatsApp messages during the journey.

He last sent a message a minute and a half before the fatal collision to footballer Zach Clough – who was playing for Bolton Wanderers at the time – about a goal scored, and the last reply he received was 45 seconds beforehand.

The court heard from Mr Gibb’s widow who said she would never be able to forgive Morrison for taking her son’s dad away from him. 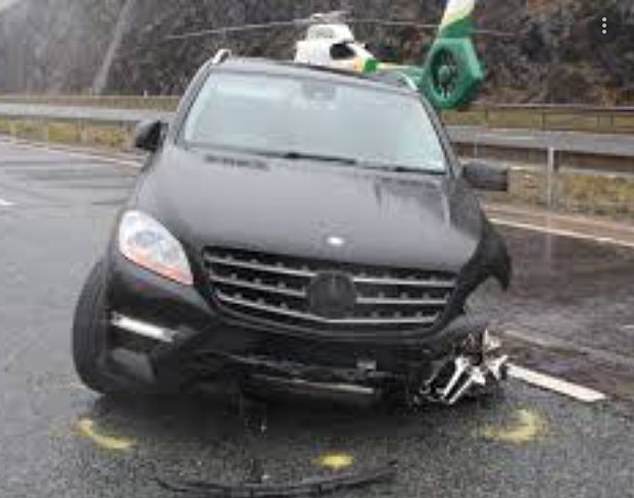 Addressing Morrison Julie Labbatt said the day she found out Adam, who she had been with since 1991, had died was the ‘worst of her life’.

She said: ‘I had to tell my son his dad had been killed while at work and he would never see him again.

‘He was a loving dad to Matthew and his death had a big impact. No longer does he have his dad to talk football to or go to the football with.

A Prison Service spokesperson said: ‘Killer drivers destroy lives, which is why we introduced longer sentences for this devastating crime.

‘Offenders released on temporary licence are subject to strict conditions and risk assessment – any breaches can result in more time behind bars.’