Piles of coronavirus tests were “dumped” in communal areas in two blocks of flats in Liverpool, residents claim.

According to photos shared with the Liverpool Echo, over 60 unused tests were piled up in the foyer of Rydcroft flats on Vale Road in Woolton.

Dozens of tests were also pictured in Dovecroft flats, which is next door.

According to an Amazon spokesman, the parcels were left in the foyer while the tests were delivered door to door.

Some residents were not home and so their test kit was left in foyer, the company added.

The tests were spotted by a woman who asked not to be named on Tuesday, November 11 at around 4pm.

Dozens of tests were pictured dumped in the foyer of two flat blocks in Woolton, Liverpool by residents who wished to remain anonymous 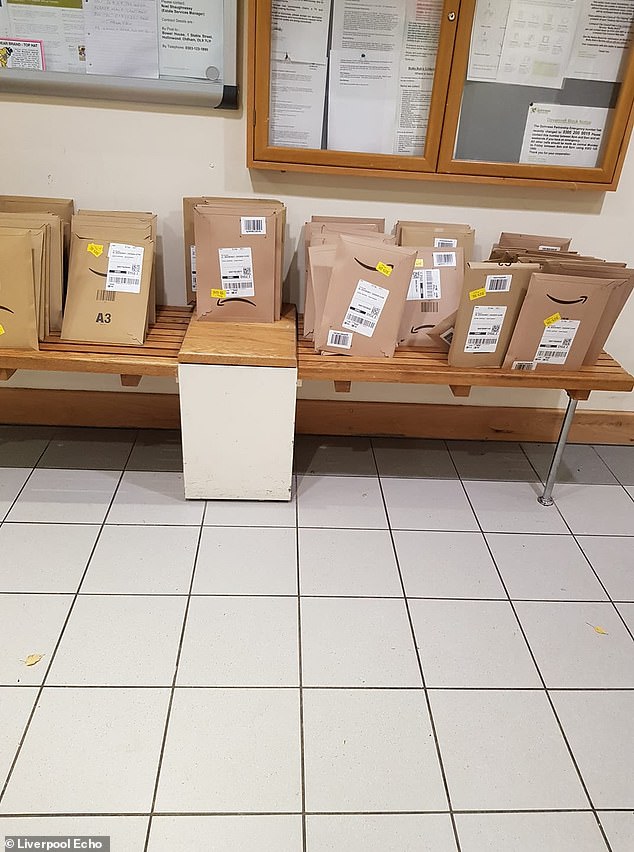 Speaking to the Echo, she said: “I was disgusted to come back from the local shop to find this amount of tests dumped.

“Especially after recent months when hardly anyone could get a test.

“We have many disabled and elderly people in these blocks of flats, many are shielding and won’t even know the tests have been left in the foyer.” 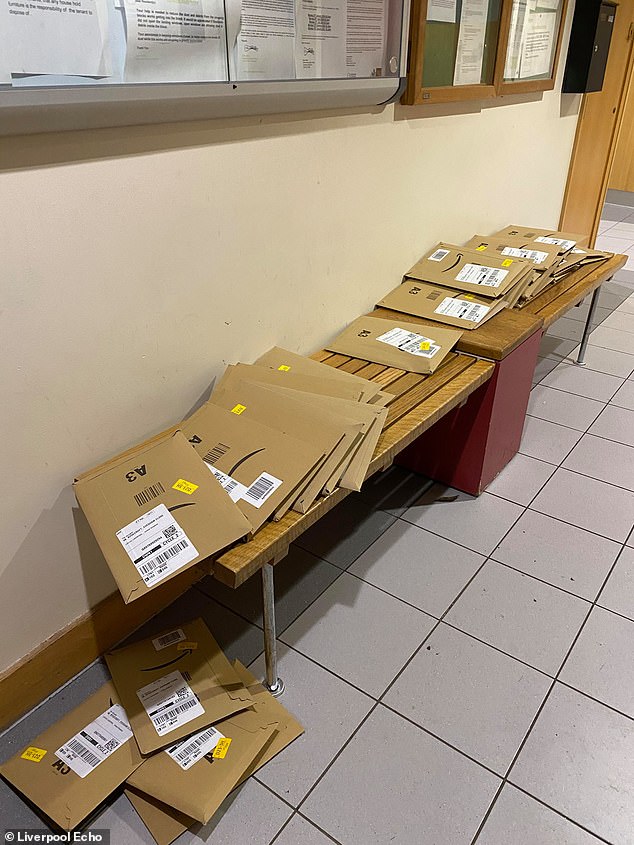 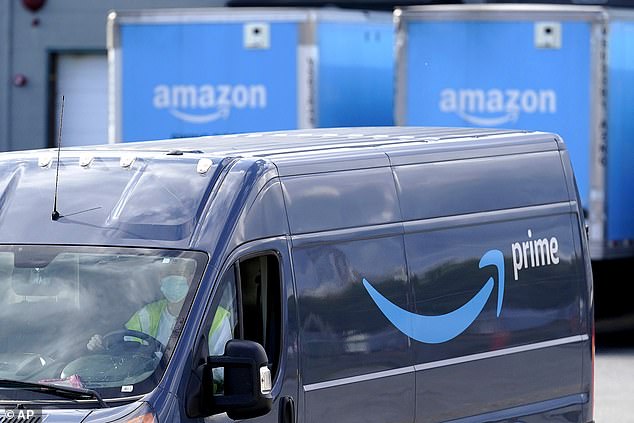 Liverpool is the first city in England to roll-out a mass-testing scheme, including people displaying no symptoms.

The UK government has asked Amazon and other retailers to help fast-track testing for coronavirus.

Amazon said in a statement: “Some residents were not home to accept their packages and these were left in the lobby for them to collect upon their return.

“We have very high standards for our delivery service providers and how they serve customers. In this instance the packages were left in the lobby while the driver delivered them door-to-door.

“Some residents were not home to accept their packages and these were left in the lobby for them to collect upon their return.

“We have reminded our delivery service provider that our expectations are for them to deliver directly to residents rather than leave packages in communal spaces.”

However, the woman said the parcels were left overnight and many are still there today.

A resident said she has now delivered the parcels herself using a shopping trolley.