Furious locals have slammed developers behind a massive warehouse development – part occupied by Amazon and Kellogg’s – which they say has created ‘chaos’ in the area.

Critics of Florida Farm in Haydock claim the site  – built on 900,000 sq ft of green belt – has created less than 10 per cent of the up to 5,000 jobs developers promised.

They say the development, which is home to an Amazon ‘sortation’ centre, is bringing hundreds of lorries past their home each day.

And they claim drivers are using the grass areas around the site as a public toilet – including chucking out bottles of urine from their vehicles.

Now residents rallying against the site are asking: ‘Is it worth it?’

Retired solicitor Paul Parkinson, a Haydock resident who led a campaign of 2,000 locals objecting to the development, is one of those to hit out at the site.

He said: ‘Was the creation of two, three hundred jobs worth the destruction of 60-plus acres of green belt? It’s a very poor return.

Furious locals have slammed developers behind a ‘monster’ warehouse development – part occupied by Amazon (pictured: The Amazon sortation centre) and Kellogg’s – which they say has created ‘chaos’ in the area. 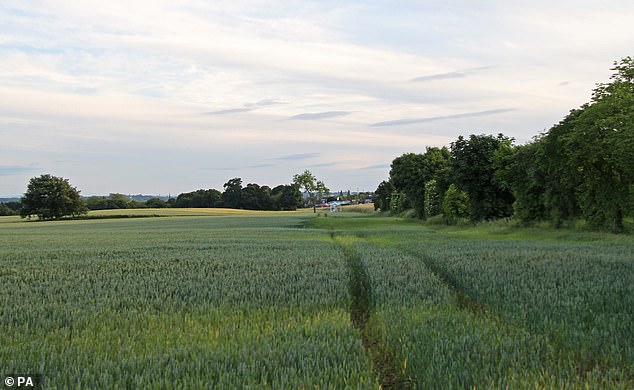 Critics of Florida Farm in Haydock claim the site – built on 900,000 sq ft of green belt (pictured: The land before the development) – has created less than 10 per cent of the up to 5,000 jobs developers promised 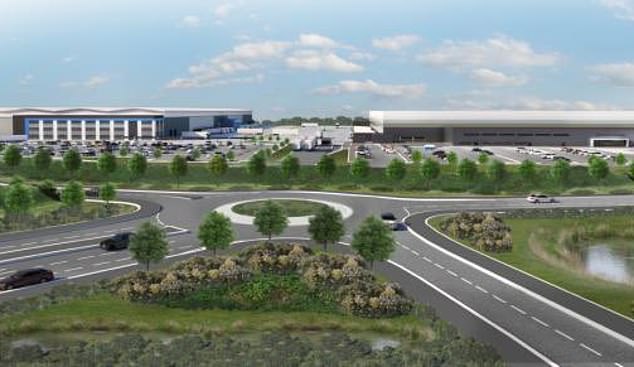 They say the development, which is home to an Amazon ‘sortation’ centre, is bringing hundreds of lorries past their home each day. Pictured: The original plans for the Florida Farm site

Mr Parkinson said local authority, St Helens Borough Council, who accepted the proposal had been ‘taken to the cleaners’.

The council approved the plans in 2017 and Amazon opened its new mega-warehouse in October 2019.

Two years on, residents who opposed the Amazon warehouse plans are warning others of the huge expansion of the online giant as they mourn the loss of green belt.

The huge ‘Sortation’ centre built at Florida Farm in Haydock, near St Helens, is just one of a number of massive developments planned or already operated by Amazon, undergoing a huge expansion on the back of the massive surge in online sales during the pandemic lockdowns.

Further Amazon expansion includes sites at Stockton in the North East, Ferriby, near Hull and a ‘Mega Shed’ in Dartford, Kent, set to be among the largest warehouses in Europe.

But retired solicitor Paul Parkinson, from Haydock, said the Amazon warehouse, built by developers Bericote, had brought few jobs for locals and, ‘chaos’ to the area.

Bericote had claimed at planning meetings the scheme, built on farmland, would bring anything between 2,500 and 5,000 jobs.

The employment opportunities was the justification for concreting over green belt land.

New sports pitches were also promised for local rugby league and football teams, but so far these have not been built.

Local resident Kev Bailey warned other communities facing new developments to be wary of claims made about job creation.

He said: ‘Where are the jobs in Haydock? How has the community benefited? Where are the sports facilities? The site has been open for two years now.

‘The spin is unbelievable. St Helens Council is run by muppets.’

The figures for the number of people employed are disputed, with the total new jobs created thought to be around 300.

Neither Amazon, nor St Helens Council has provided figures. However local Labour councillor Sev Gomez-Aspron recently claimed via Twitter the figure was around 400.

He said: ‘The Amazon unit at Haydock Industrial estate employs around 400 people at present, rising to 500 in September.

‘At Christmas, that rises to just under 2000 people working over 20 hours a week. It includes around 40 “salaried ops” roles in management.’

The 360,000 sq ft ‘Sortation’ centre opened in Haydock in October 2019 and a second, 525,000 sq ft warehouse at the site, operated by cereals firm Kelloggs, has also now opened, which employs around 70 people.

Locals say they are now suffering the effects of having hundreds of lorries going to and from the site each day.

This includes drivers parking in residential areas and using the outdoors as a public toilet.

Mr Parkinson added: ‘They drop off the trailer. They go elsewhere and park up.

‘There’s bottles of urine left behind or they go up against someone’s garden fence or go in the trees. 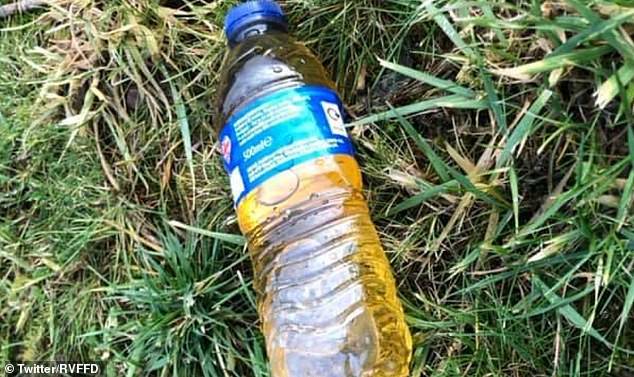 This includes drivers parking in residential areas and using the outdoors as a public toilet. Pictured: Residents claim that bottles of urine are being left around the site 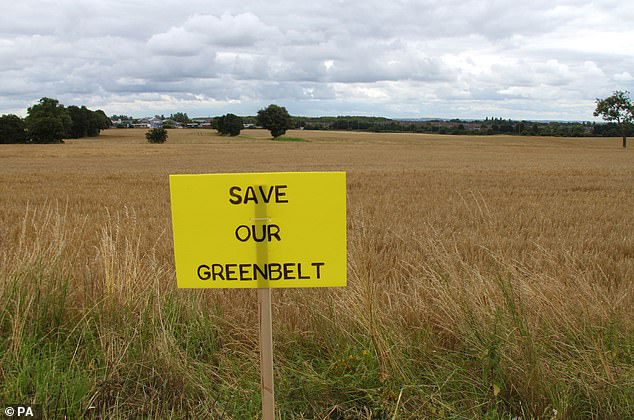 Locals say they are now suffering the effects of having hundreds of lorries going to and from the site each day. Pictured: The site before the development was completed

Drivers also often get lost and end up driving juggernauts through nearby housing estates.

In one instance, caught on camera by a resident, a lost HGV driver from Hungary, attempted a three-point turn, demolishing a garden wall while reversing.

Amazon said it does provide facilities, including toilets, to drivers.

In a statement Amazon said: ‘We have informed our carrier partners about the concerns raised and continue to reinforce this and remind them of the correct driver behaviour guidelines.’

Labour-run St Helens Borough Council did not give job figures but said a planning application had been submitted for an upgrade and redevelopment to a local park, home to amateur rugby league and football teams, with ‘funding in part’ coming from Bericote.

No figure for the developer’s contribution was provided.

A statement said the council ‘understands’ issues with the site but they had to look at the overall impact.

It added: ‘The businesses on this site have brought much needed jobs to our borough.’

MailOnline contacted Bericote, who boast of an approach of ‘co-operation and transparency,’ but received no response.