‘I f***ing lost my train of my thought hearing that bull****’: Furious US golfer Brooks Koepka rolls his eyes as bitter rival Bryson DeChambeau – who mocked him over naked magazine photoshoot – walks past during TV interview

Brooks Koepka could not hide his disdain for fellow American golf star Bryson DeChambeau during a leaked post-round interview at the PGA Championship last week.

The pair have had a fractious relationship for well over a year after DeChambeau, who has undergone an extraordinary body change in recent years, took a dig at Koepka’s own physique in an appearance on the front cover of ‘The Body Issue’ of ESPN Magazine.

Speaking on a Twitch stream in January 2020, DeChambeau said of his US Ryder Cup team-mate: ‘I don’t know if his genetics even make him look good, to be honest. I mean, the Body Issue, he didn’t have any abs, I can tell you that. I’ve got some abs.’

Koepka then escalated the tension when he replied on Twitter with a picture of his four Major trophies, telling DeChambeau he was right because he is ‘2 short of a 6 pack!’

But the ill-feeling ramped up even higher at Kiawah Island last Saturday when the pair’s paths crossed during Koepka’s interview with the Golf Channel, which it seems was being pre-recorded and was not live on TV.

It appears Koepka was already annoyed by DeChambeau’s presence before the interview started because he rolls his eyes at someone towards the side of the camera. 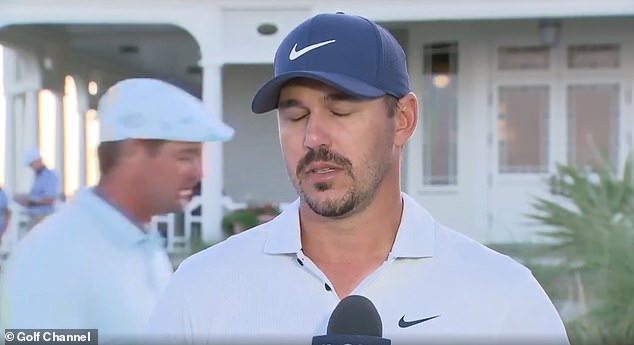 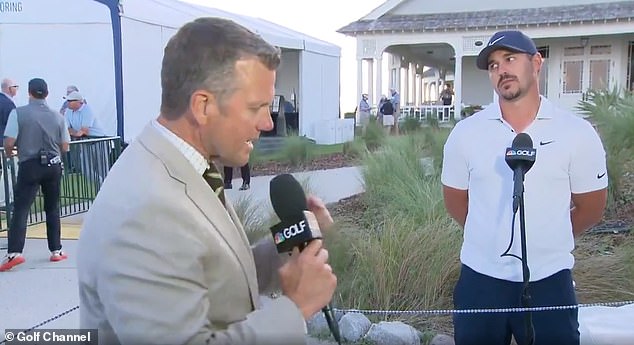 When asked about his performance, Koepka then said: ‘I just ball-struck my way around this place.

‘I didn’t putt well but I don’t think many guys are going to putt well in this wind. It’s very tough.

It is at this point of the interview that DeChambeau walks behind Koepka while apparently talking to a member of his team.

While you can’t hear what DeChambeau says, a clearly irked Koepka shuts his eyes and forgets what he’s saying himself, which he does not take well.

Clearly annoyed by DeChambeau, Koepka says: ‘I f***ing lost my train of my thought hearing that bull****.  F***ing christ.’

The Golf Channel reporter then jokes ‘we’re going to enjoy that in the TV compound’ before Koepka joking says: ‘I honestly wouldn’t even care.’ 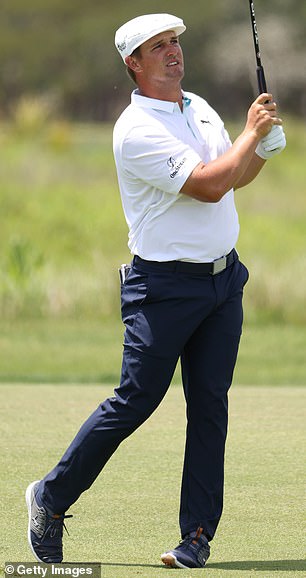 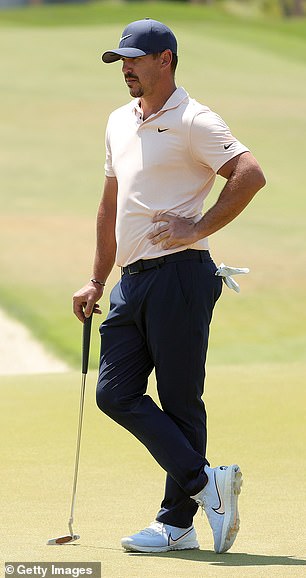 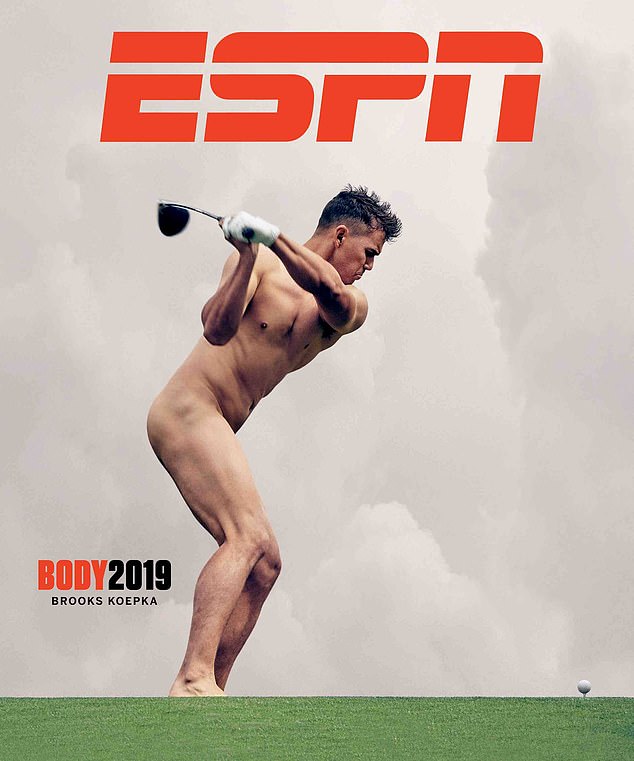 It’s been claimed online that Koepka was annoyed by the sound of DeChambeau’s metal spikes as he walked along the ground. Others have said DeChambeau says ‘Just gotta start it on the right line’ when he was talking about struggling to putt. 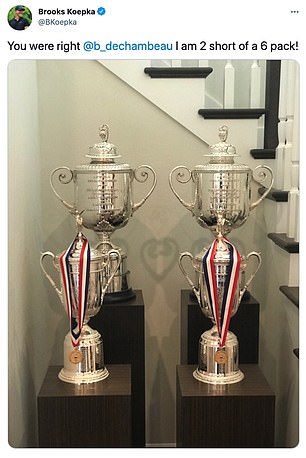 The pair have also clashed over DeChambeau’s slow play.  The 27-year-old has a very scientific process to his shot selection and he is known for the being one of the slower players on the golf circuit.

Speaking on Golf Monthly’s podcast back in 2019, Koepka said: ‘I just don’t understand how it takes a minute and 20 seconds, a minute and 15 to hit a golf ball; it’s not that hard.

‘It’s always between two clubs; there’s a miss short, there’s a miss long. It really drives me nuts especially when it’s a long hitter because you know you’ve got two other guys or at least one guy that’s hitting before you so you can do all your calculations; you should have your numbers.

‘If it’s blowing 30 I understand taking a minute and taking some extra time with some gusts, you know changing just slightly, I get that but if it’s a calm day there’s no excuse. Guys are already so slow it’s kind of embarrassing.’

DeChambeau had hit a bad shot into some trees and wanted relief from the officials because there was an ant hill near his ball.

Officials did not allow it and Koepka mocked him when he hit a drive in a similar position the next day.

After approaching his ball and lining up his next shot, Koepka said: ‘There’s an ant.’