Pub chain Fuller’s has said its Christmas sales took a hit after restrictions were introduced to combat Omicron’s spread.

Prior to the variant’s emergence, the company said managed sales on a like-for-like basis from the time all its establishments reopened in July were just 10 per cent below their 2019 levels.

But after the UK Government brought in guidance for people in England to work from home if possible and other ‘Plan B’ restrictions, it lost trade from London’s financial services workers and the cancellation of office Christmas parties.

On the up: Prior to the Omicron variant’s emergence, Fuller’s said like-for-like managed sales from the time all its pubs reopened in July were just 10 per cent below their 2019 levels

As a consequence, the West London-based pub firm’s revenues in the four weeks to the start of the new year declined to below three-quarters of their pre-pandemic volumes.

Yet it noted that trade has improved since then, as restrictions and the advice to work from home have been lifted. Meanwhile, overall sales for the 43 weeks to January 22 reached 81 per cent of 2019 levels.

Hospitality bosses have welcomed the move due to the effect that such regulations have had on their finances, which have been battered by nearly two years of on-and-off restrictions, despite generous public support packages like the furlough scheme.

Fuller’s has been particularly vulnerable as many of its sites are located in Central London and other locations heavily reliant on commuters and international tourists, who have stayed away in huge numbers.

By comparison, its pubs and hotels in more suburban and provincial areas have performed relatively better, as Britons drank and ate locally more often and went on more domestic holidays. 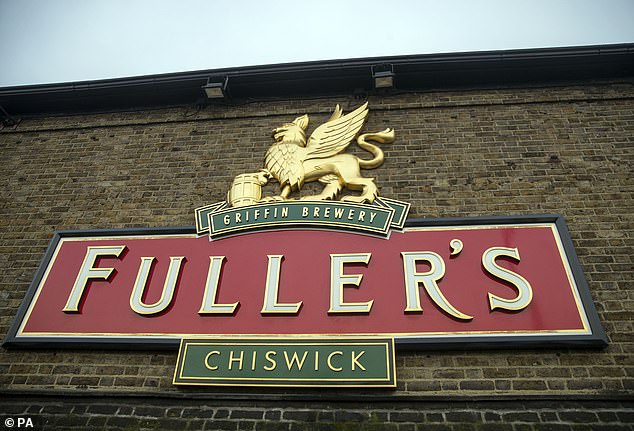 Rural vs Urban: Since the pandemic started, Fuller’s pubs and hotels in suburban and provincial areas have performed relatively better than those in areas such as Central London

As restrictions have loosened, though, the company’s chief executive Simon Emeny said the business has seen trade rebound and expects this to continue now that England has moved to ‘Plan A’ restrictions.

He added: ‘We saw sales rise steadily in the City after previous lockdowns, and recent trading patterns suggest that there is a strong desire among many workers to return to office working.

‘In addition, we expect to see a rise in the number of international tourists, which will benefit our London pubs and those in other tourist destinations. I am confident about the future, especially as we move towards business as usual.’

Like Fuller’s, Wolverhampton-based pub group Marston’s revealed two days ago that revenues over the festive period were damaged by the government’s imposition of Covid-related restrictions. 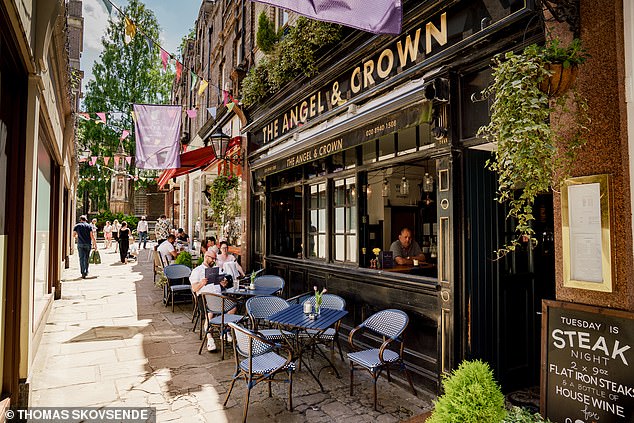 Upside: AJ Bell’s Russ Mould said one of Fuller’s major advantages is that it benefits from ‘a well-tended estate of pubs and hotels in prime metropolitan and rural sites’

The firm has also seen trade at its outlets receive a boost in recent weeks from growing consumer confidence and the end of the work from home directive.

Despite this, the hospitality industry will still have to deal with a host of problems, such as higher wage costs to try and fill staff shortages, delays in receiving supplies, a shortfall of carbon dioxide, and the incoming National Insurance hike.

However, AJ Bell’s investment director Russ Mould said one of Fuller’s major advantages is that it benefits from ‘a well-tended estate of pubs and hotels in prime metropolitan and rural sites.’

He added: ‘It takes little imagination to see business coming back strongly as workers and commuters return to offices and tourists to the nation’s capital and beauty spots.’

Shares in the pub group were 2.6 per cent lower at £6.82 on late Thursday afternoon, meaning their value has fallen by around 15 per cent in the last six months.