Promoted back to the Premier League. Tick. Crowned as champions. Tick. Surpassing a century of goals. Tick.

Fulham have everything their heart desires. To paraphrase that popular song they like to play at Craven Cottage, they’ve been just too good to be true at times this season.

Too good for the Championship in any case and so it’s back to the big time, where Marco Silva will hope his Fulham can make a better fist of it than their last two visits.

There was personal satisfaction for Aleksandar Mitrovic too, their bulldozer of a centre forward, who surpassed Guy Whittingham’s post-1992 record of 42 goals in a second-tier season.

His two goals took him to 43, a quite staggering number in the most demanding of divisions. 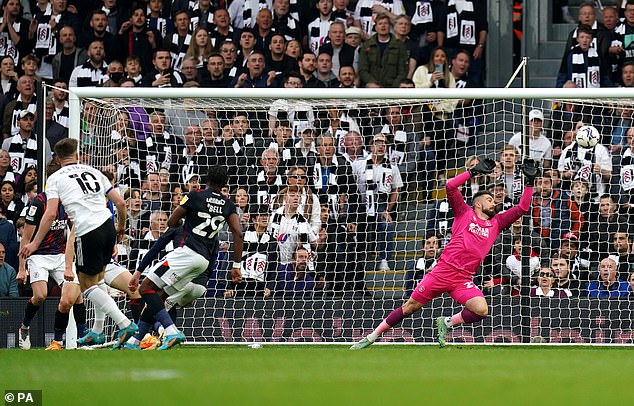 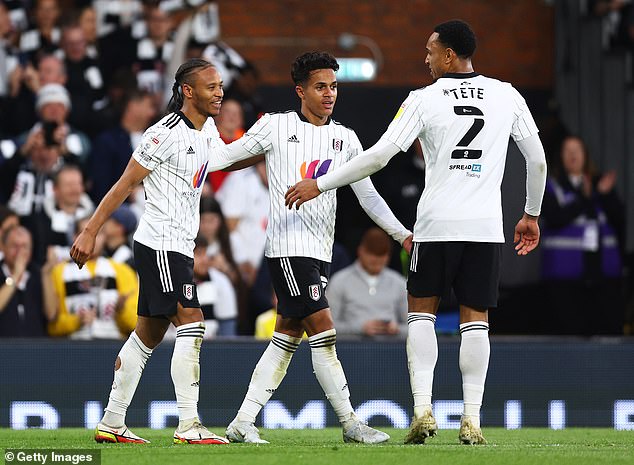 Silva’s team have been the best to emerge from the Championship in quite a few seasons. They’ve had that relentless quality but left us royally entertained at the same time. This was the third time this season they’ve hit seven.

Now on 106 league goals for the season, they could yet match or exceed Manchester City’s total of 108 in this division from 2001-02.

The PA announcer asked the crowd three times not to invade the pitch at the end. That was a forlorn hope. They flooded on from all angles, mobbing the players and the champagne was soon flowing.

Let’s not forget amid all this that Luton are in the play-off positions; hardly also-rans with nothing left to play for.

Their goal difference having taken a battering, they’ll now be looking over their shoulder on the final afternoon with Middlesbrough and possibly Millwall hoping to nick their spot.

It was scarf day at Craven Cottage. Every seat had a black and white bar scarf placed on it with supporters encouraged to twirl them around as the two teams took the field.

The atmosphere was expectant and they were soon roaring when Carvalho went down under challenge from Kal Naismith inside the Luton box. Referee Tim Robinson wasn’t buying it and replays suggested the youngster went looking for the contact.

Luton simply hadn’t been able to wrap up their play-off berth, drawing their last two, but they were the first to fashion and opening, with Rodak needed to push away Naismith’s bobbling shot.

But the home side were clearly in a business mood and were soon dominating. Mitrovic had a sighter when he raced onto Harry Wilson’s smart through pass but the striker couldn’t generate enough power.

Any Fulham apprehension was shattered with their opener on 29 minutes. Tete did well to keep the move alive on the right touchline and he fed a pass into Wilson.

The Welshman drove into the box and had the presence of mind to note Cairney drifting into a picket of space just on the 18-yard line in a central position.

Cairney’s finish was emphatic, always rising as it crashed beyond Matt Ingram. It was a fitting way to bring up Fulham’s century of goals in the Championship, the first team to three figures in the division since Kevin Keegan’s City in 2001-02. 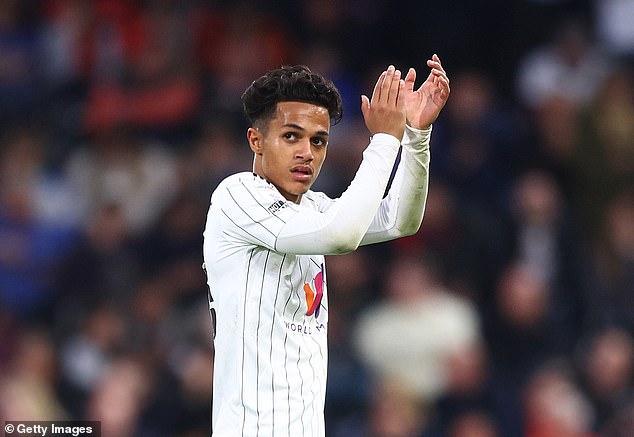 Portuguese star Carvalho, who scored the third, received a standing ovation from supporters in what will be his last game for the club ahead of a proposed summer move to Liverpool

All of a sudden, those scarves were swinging again with chants of ‘campeones’ echoing around the ground.

Luton’s Fred Onyedinma had pulled up with a muscle strain just before Fulham’s move started. Impotently, he hobbled about in Fulham’s half. But the ball didn’t go out and there was no obligation to put it out.

Fulham’s second came five minutes before half-time, at the end of a spell when the hosts began to stroke the ball around and Luton stated to get frustrated with a succession of bookings.

Tete did well to control the ball on his chest surrounded by defenders some 30 yards from goal. He stepped forward and space opened up for a ferocious hit on his left boot directly into the bottom corner. It wasn’t bad for the right-back.

There was almost a third just before the break when Wilson skipped onto Mitrovic’ through ball, rounded Ingram and saw his goalbound shot cleared off the line by Tom Lockyer.

The Cottage was in party mood and Fulham’s play only encouraged it. Just after the restart, Cairney was fractionally over with a curling effort.

Fulham’s third was delicious. Carvalho started it himself before the ball was worked effortlessly from Mitrovic to Wilson, whose little tucked pass found Carvalho’s continued run. 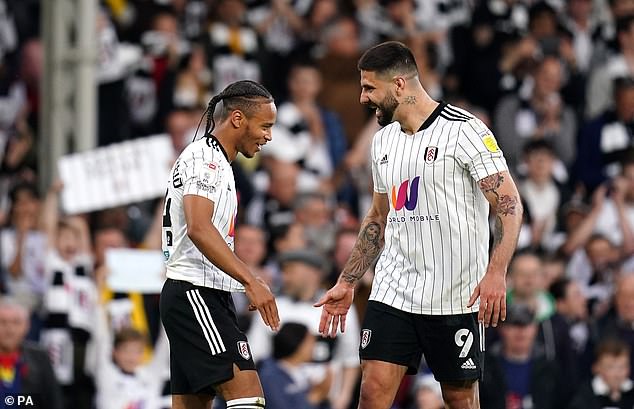 The 19-year-old was suddenly through in the box and curled home with the composure that has attracted Liverpool. ‘Stand up for the champions,’ rippled around the Cottage.

All we seemed to be missing was a goal for Mitrovic but it came just after the hour. He required a couple of bites at the cherry after Wilson slipped him through, the ball bouncing back into his path off Reece Burke for the simplest of finishes.

Everyone fancied their chances of getting a goal by this point and when Carvalho threaded a pass into Decordova-Reid, he was able to spin between two lacklustre defensive challenges by Burke and Lockyer and blast home.

Chances flowed. Decordova-Reid kind of skewed a shot rather than putting his laces through it, allowing Ingram to save. Mitrovic lashed one straight at the keeper.

By the time Seri somehow found the bottom corner from roughly 30-yard range for the sixth, with a pretty hopeful swing of the leg that skidded in, you started to pity Luton.

There was still time for Mitrovic’s moment, deep into stoppage time, the striker racing clear onto yet another Wilson assist to slot home. Off came the shirt as he leaped into the Hammersmith End.