This is the hilarious moment a dog fails to get to grips with a ‘whack-a-mole’ game and loudly vents his frustration.

The Shiba Inu, named Fizzgig, keeps missing the hotdog sausages as his owner pushes them up through the holes in the game board.

In the video, filmed in Hilliard, Ohio, Fizzgig can be seen getting frustrated after a few minutes, while his owner can’t stop laughing. 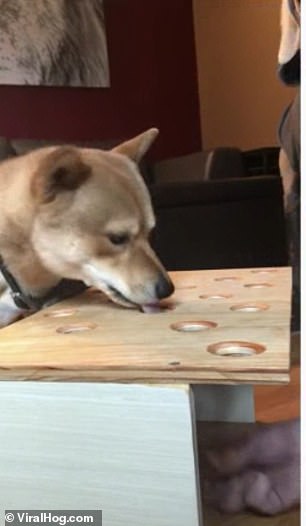 The game only lasts a a couple of minutes as the Shiba is still trying to get the sausage.

Eventually Fizzgig gets annoyed and starts barking while his pal, a Weimaraner called Titan, is equally confused about what’s going on.

Their owner said: ‘Fizzgig is a very vocal Shiba who only made it about two minutes playing with the whack-a-mole game we made for our dogs before yelling at all of us about his frustrations. 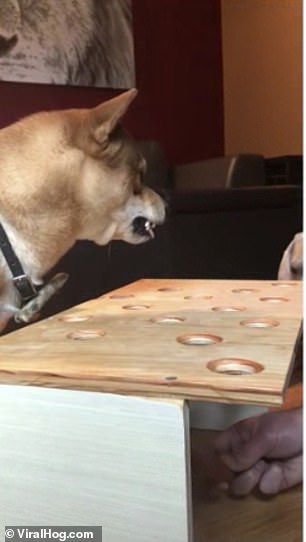 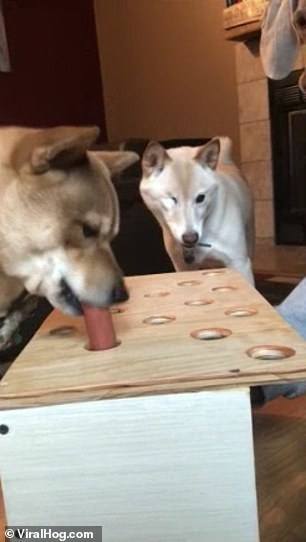 ‘Mainly at his brother, Titan, the Weimaraner in the background who was clearly confused about why he was getting yelled at.

‘All-in-all it was a happy ending, after he got upset we calmed everyone down and they all got some hot dog.’