EXPRESS INFORMER > Travel > From a Game of Thrones cathedral to delicious delicacies, discovering the tasty delights of Girona

Lots of strange kissing goes on in the small Spanish city of Girona.

Legend has it that you’ll only return if you mount the metal steps of La Lleona, a stone carving of a lioness climbing a pillar, and plant a kiss on its rear.

So, naturally, I join the queue.

Girona, pictured, has been besieged 25 times in its 2,000 years and conquered seven times 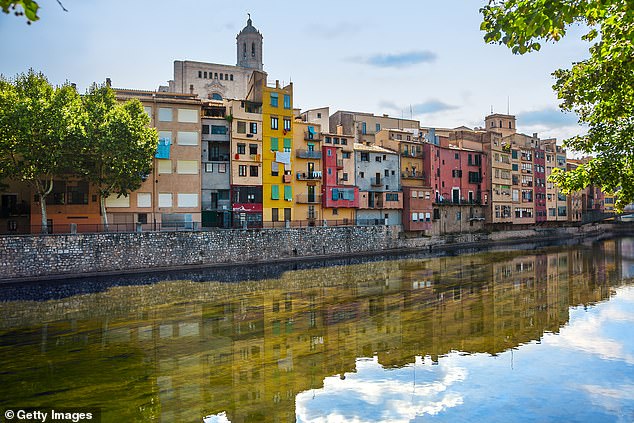 I’m here with my fiancé Dan and we’re being introduced to this charming little city, just 45 minutes north of Barcelona, through our stomachs. Strolling along the pretty river bridges as part of a tapas and wine tour (we’re joined by a delightful couple from Glasgow and an Australian woman travelling the Catalan region solo), we learn about its fascinating history.

The city has been besieged 25 times in its 2,000 years and conquered seven times. Jewish communities lived in the cramped alleys of the cobbled quarters, known as El Call, for centuries until they were expelled from Spain in 1492. The government recently began offering passports to any of their descendants who wished to return.

At our first tapas stop we’re handed thin slices of salty pork, ranging from light pink with milky white strips of fat to muscular blood red, while we learn our Iberico from our Serrano. We’re told Iberico black pigs are fed acorns for two years to lower their cholesterol, how three out of their four grandparents must have been Iberico and that the carcasses are kept underground in salt for one day per kilo of meat after being slaughtered. Butchers then fetch an impressive £730 per leg. 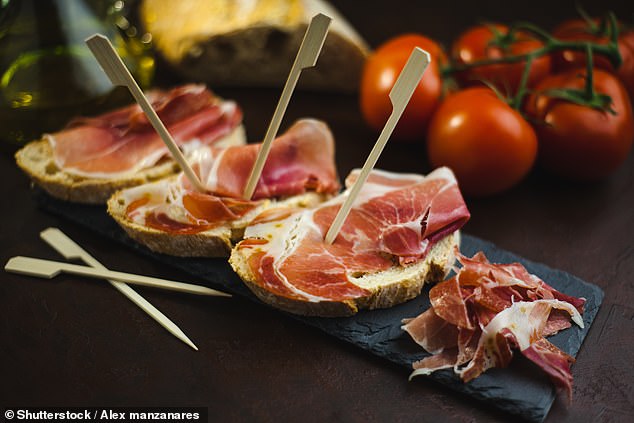 White pigs, meanwhile, which produce serrano ham (the most common in Girona) are cured for up to four years – the butcher smells each joint every day until the scent says they’re ready.

After a meaty start, we giddily hop between bars, gorging on squid ink black rice and more variations of croquettes than I’d like to recall, our glasses of cava and red and white wine (sometimes all three at once) never less than half full.

Our final stop is Rocambolesc Ice Cream parlour, owned by three brothers (Joan, Josep and Jordi) behind the restaurant El Celler de Can Roca. El Celler has three Michelin stars and has been twice ranked the best in the world.

It’s quite the family business: Joan is the head chef, Josep is the sommelier and Jordi is in charge of desserts. 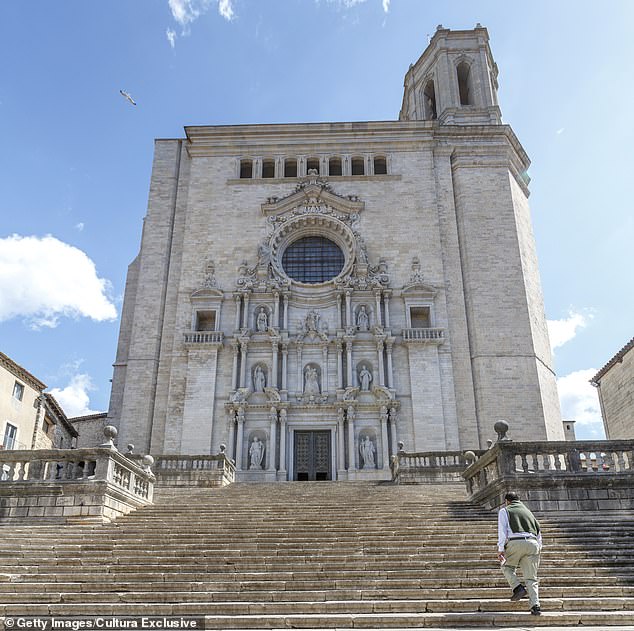 The spectacular Girona Cathedral, which featured in the hit HBO television series Game of Thrones

‘The restaurant has a two year waiting list’ our guide tells us. No need to wait for an ice cream. I go for chocolate encased in a steaming hot brioche buns – essentially an ice cream toastie. It’s buttery, sweet and totally delicious.

We head back into the city centre the following morning and waddle through its warren of ancient streets bursting with quirky boutiques, arched stone vaults and pretty balconies, almost all of which are adorned with fluttering political flags.

Many say ‘Girona no està en venda’ – Girona is not for sale. Landlords here have realised they can make more money from well-off Airbnb users than those who live and work in the city year-round.

Girona is very much a university city: 15,000 of the 100,000 residents are students, many of who live in the ancient colourful flats that hang over the waters of the river Onyar which runs through the centre.

We pass the lofty cathedral, so attractive and medieval it appeared in Game of Thrones, and eventually plonk ourselves at a tapas bar in the handsome main square and watch gossiping locals propped up against shaded walls and children dressed in full Barcelona kit eating their daily dose of sticky gelato. 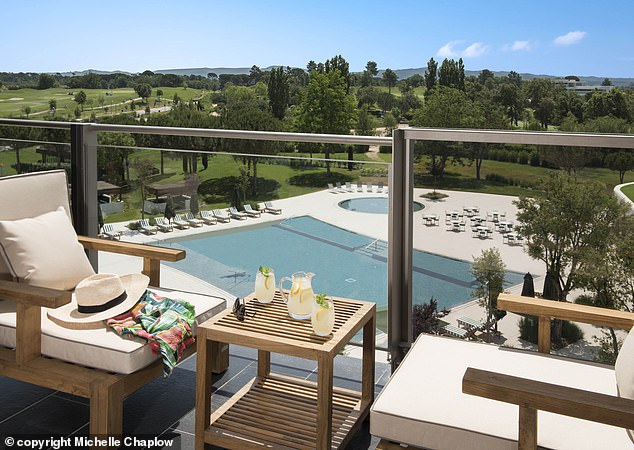 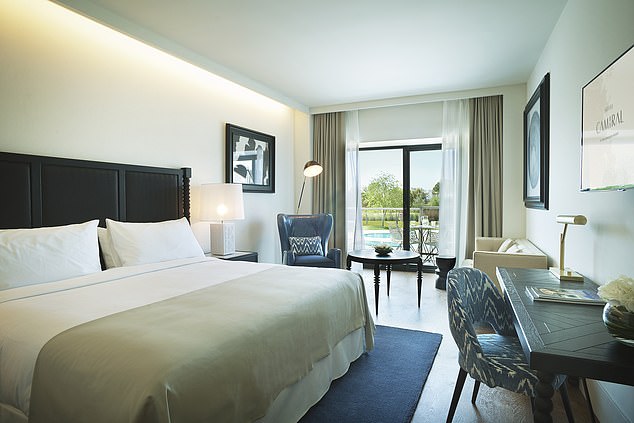 One of the hotel’s double rooms, where the bathrooms are stocked with Elemis products

We’re staying at Hotel Camiral, a 15 minute drive from the centre, home to a 25-metre outdoor pool surrounded by swaying trees and comfortable green and white stripped sun loungers.

It’s not the panoramic views or delicious Catalonian cuisine served up in its four restaurants that make the hotel so special, but the little things; Elemis hand wash and moisturiser is on tap in the chic pool bathroom, camphor and eucalyptus pillow spray is left on the bedside table each evening and green apples, headphones and refrigerated bottled water are on offer in the gym.

Part of the PGA Catalunya Resort, the hotel is a golfer’s paradise.

As it happens, Pep Guardiola, the Manchester City football coach – a keen golfer – is staying here with his family. I’m told he visits several times a year, lucky chap.

At the very least, I’m thankful to have planted a kiss on that stone carving.