The French First Lady put on a sombre display in an all-black ensemble as she attended the public funeral of singer, Juliette Gréco.

Brigitte Macron, 67, the wife of French President Emmanuel Macron, led French officials and celebrities as the country paid one last homage to one of its most-loved singers.

Emmanuel Macron did not attend due to the fact he is currently on a state visit to Lithuania, but former president Francois Hollande and his partner Julie Gayet were in attendance.

Gréco, who was known for songs ‘Deshabillez Moi’ (Undress Me) and La Javanaise (The Javanaise) died aged 93 in Ramatuelle on September 23.

The French First Lady Brigitte Macron, 67, put on a sombre display as she attended the public funeral of singer Juliette Gréco, who died aged 93 on September 23 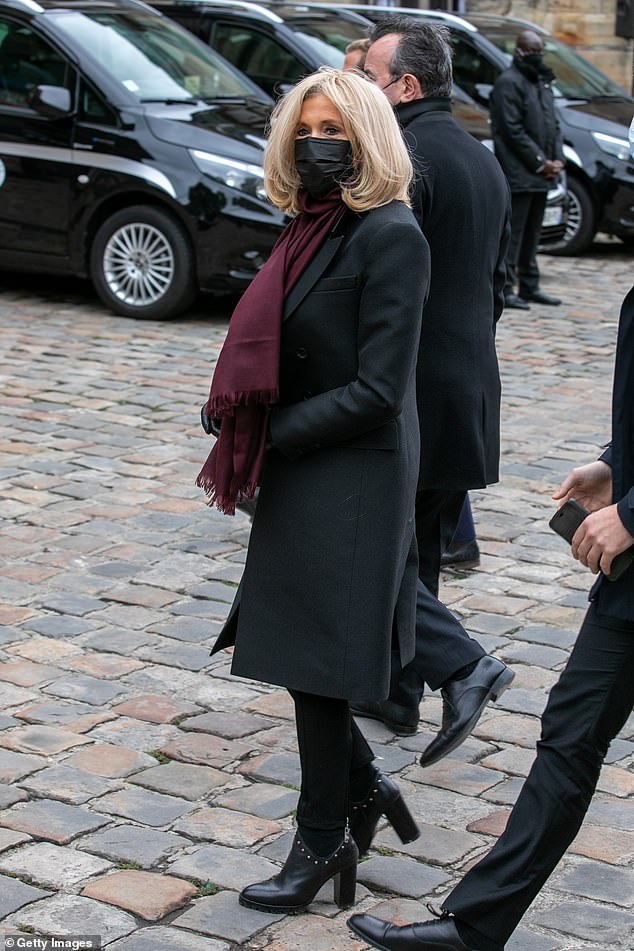 In keeping with France’s coronavirus safety guidelines, the First Lady opted to wear a black mask as she joined the other attendees.

The mother-of-three, who donned a smart black jacket, boots, and a burgundy scar, was seen making her way to the Saint-Germain-des-Prés church, in the heart of the French capital.

She was one of the few French personalities who was allowed to attend the ‘intimate’ ceremony, which was organised by the late singer’s grand-daughter.

Francois Hollande, who was France’s president from 2012 to 2017 and his partner Julie Gayet, as well as the former Minister of Culture Jack Lang and his wife were also in attendance. 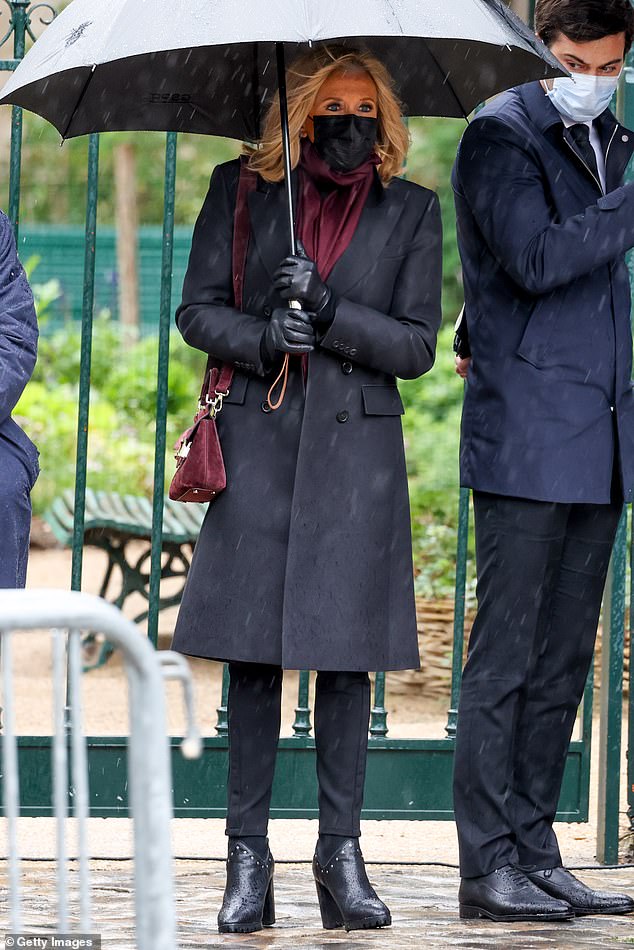 Brigitte was seen making her way to the funeral service, which took place at the Saint-Germain-Des-Pres church in Paris 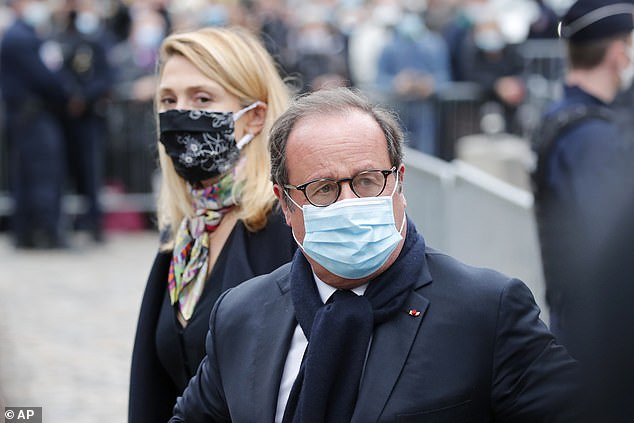 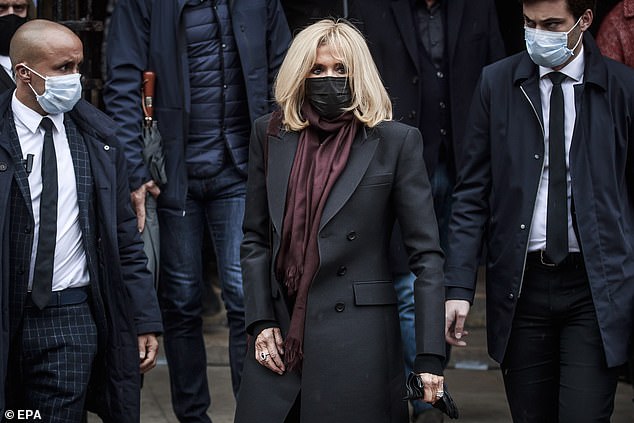 Brigitte was one of a select few who were allowed into the intimate ceremony, which was organised by the singer’s granddaughter

Around the church, passers-by stopped for a few moments to say goodbye to the singer.

Following the ceremony, only close loved ones were able to attend the burial.

Gréco was known for her daring lyrics, which were often written by big names of the French music industry.

‘La Javanaise,’ one of her best-known hits, released in 1963, was written for her by Serge Gainsbourg, after they spent a night drinking champagne and talking in 1962.

Gainsbourg sang the song with her and the record was later re-interpreted by his wife, the model and singer Jane Birkin.

George Brassens, Jacques Brel and Boris Vian also wrote some of her songs. 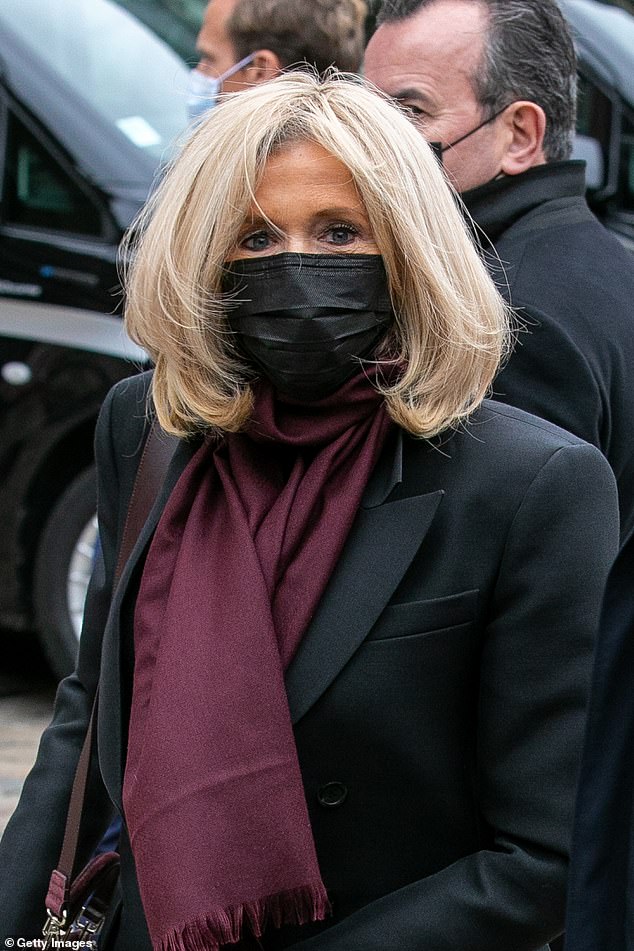 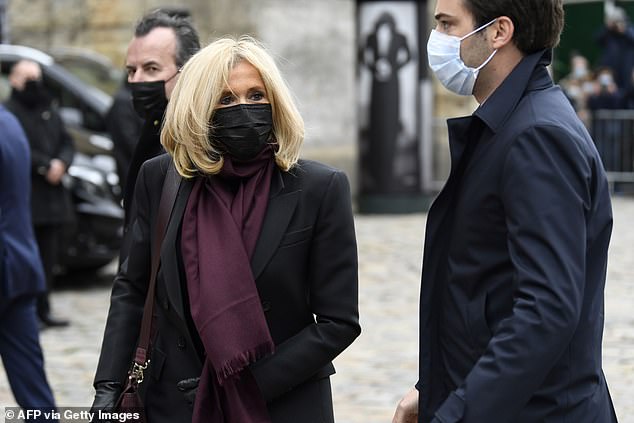 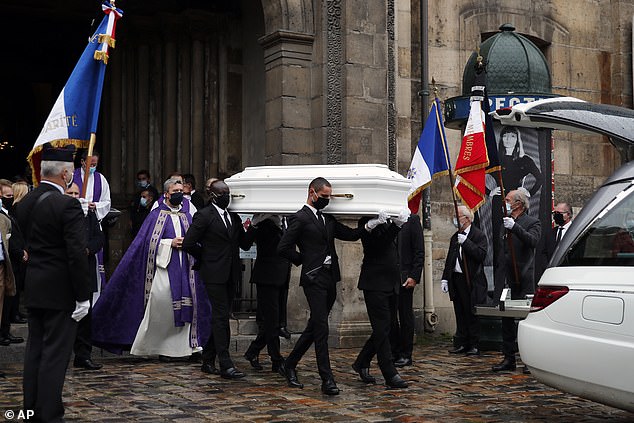 The intimate ceremony was followed by a burial, which was only attended by the singer’s family and close ones 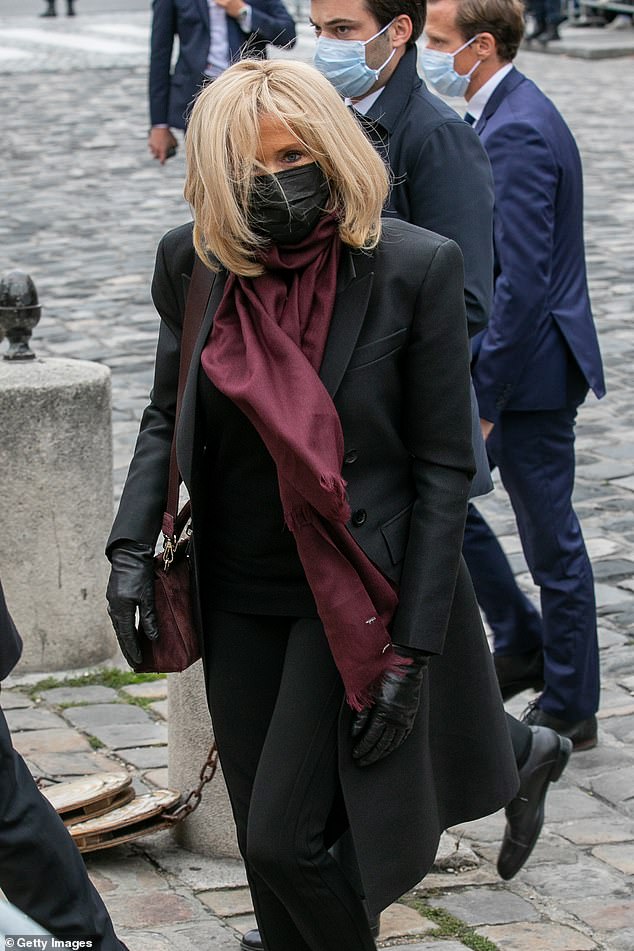 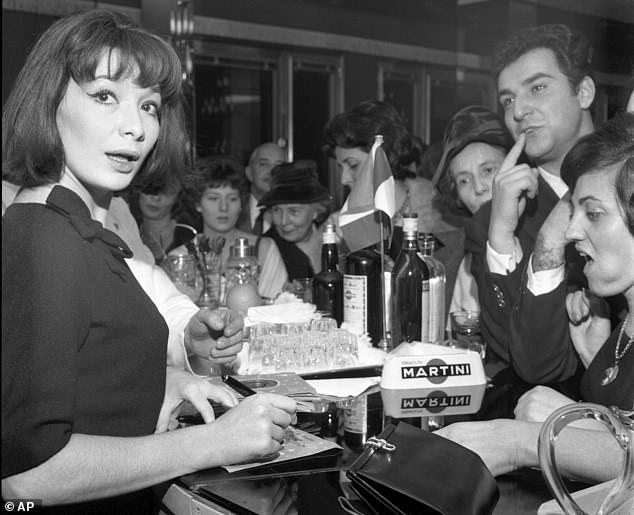 Greco, pictured, was an emblematic singer of France’s 20th century and a darling of  its intellectual circles. She died aged 93 in Ramatuelle on September 23