Former Real Madrid star Freddy Rincon, 55, who captained the iconic Colombia side of the 1990s, dies from injuries he sustained after his car was struck by a bus in the city of Cali

Former Colombia captain Freddy Rincon has died after he sustained severe head injuries in a car crash that occurred in the city of Cali earlier this week, doctors said late on Wednesday. He was 55.

Rincon, who played for Real Madrid and Napoli and was a key player during Colombia’s golden generation during the 1990s, suffered severe head injuries after his car collided with a bus at a deserted crossroads in the early hours of Monday morning.

Four other people who were in the vehicle that Rincon was driving were also injured, as well as the bus driver. Rincon underwent surgery after suffering a ‘traumatic brain injury’, however the treatment was not enough to save him. 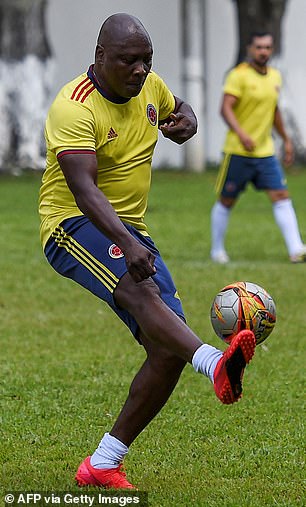 Freddy Rincon (pictured left, playing for Colombia in 1996 in a World Cup qualifier, and right, playing in a exhibition game last September) has died after a car crash in Colombia 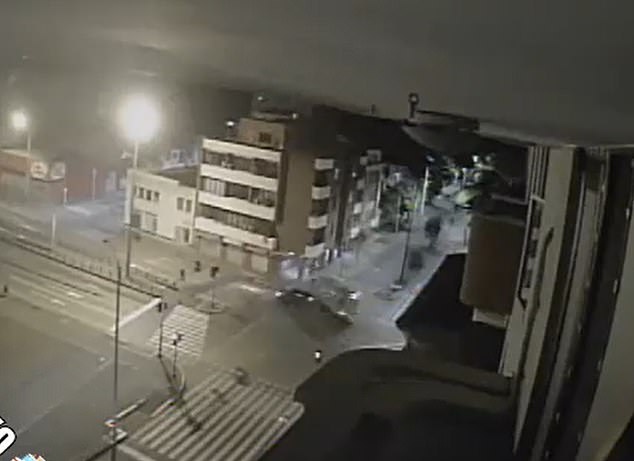 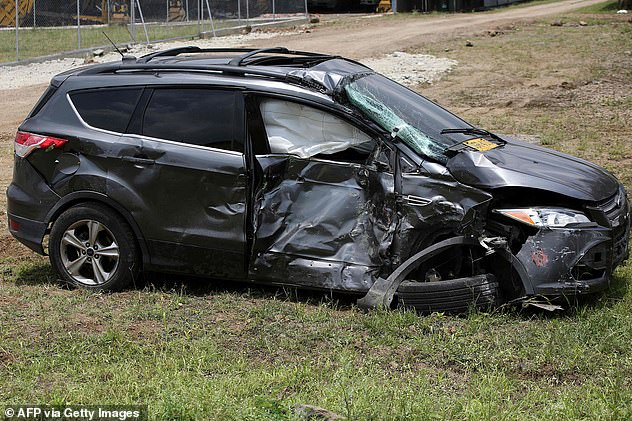 A picture of the aftermath of Rincon’s vehicle is shown here, with the crash causing the 55-year-old to suffer a ‘traumatic brain injury’ according to the clinic where he was being treated

‘Despite all the efforts of our teams, Freddy Eusebio Rincon Valencia has passed away,’ Laureano Quintero, the medical director of the Imbanaco Clinic in Cali where Rincon was being treated, told reporters.

A statement released by the Colombian FA to mark the former player’s passing read: ‘The Colombian Football Federation deeply regrets the death of Freddy Eusebio Rincon Valencia, and sends a message of support and encouragement to his family, friends and relatives at this difficult time.

‘This constitutes a great loss for his family and friends, and it is also an unfortunate departure for our sport, where we will miss him and remember him with great affection, appreciation, respect and admiration.

‘We send strength, support and our condolences to his family, hoping they can bear this sad and painful loss.’

Former Manchester City and Everton striker Jo, who played alongside Rincon at Corinthians, posted his own tribute while replying to a story about the news on the Brazilian club’s official account.

‘Eternal idol,’ he wrote. ‘It was a pleasure to play with you. I learned so many things. What sadness.’

His son Sebastian, 28, who plays for Argentinian side Barrascas Central, had taken to social media to post a picture of himself holding his dad’s hand as he laid in his hospital bed on Wednesday.

‘Here we stand firm my old man,’ Sebastian said in the caption under the touching tribute.

Sebastian also posted a recent video of his dad singing along to music on his Instagram story.

Fans of the Colombia legend also held a vigil outside the medical centre where he was being treated in Cali.

Friends and family were seen praying while one man held up a sign which read: ‘Freddy you will get out of this champion’. 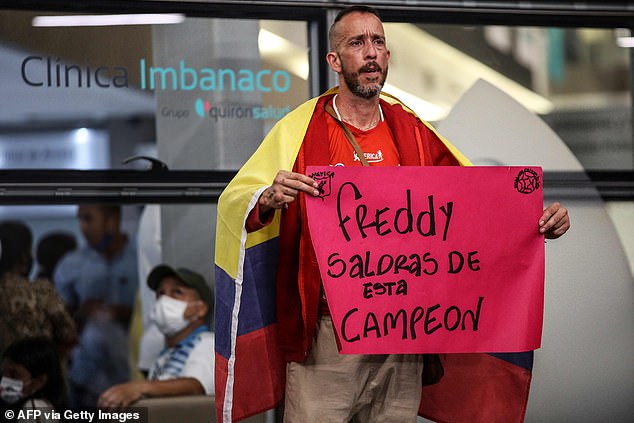 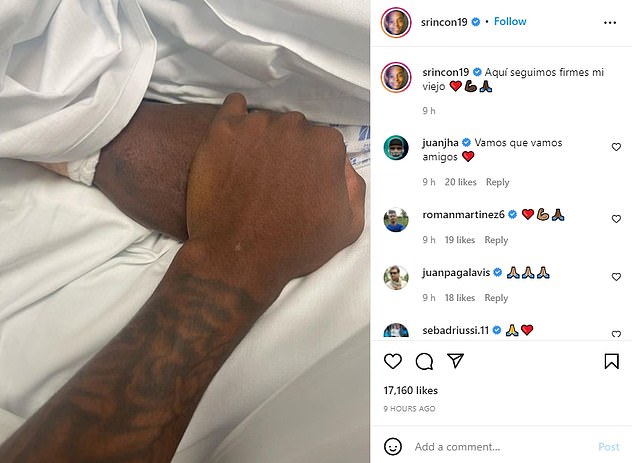 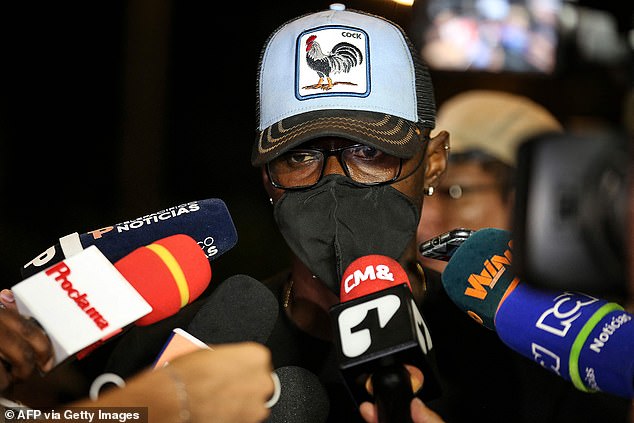 Freddy Steven Rincon, Rincon’s other son, talked to journalists on Tuesday after the crash

Rincon, 55, was a commanding midfielder who played for Colombian sides Santa Fe and America.

He also had spells with Italian club Napoli and Spanish giants Real Madrid.

He captained Brazilian side Corinthians to the first club world championship title in 2000 and was also part of the ‘golden generation’ of Colombian players who took the national side to three consecutive World Cups in 1990, 1994 and 1998.

He scored 17 goals during his international career and was on the scoresheet against Argentina in a 5-0 World Cup qualifier victory in Buenos Aires in 1993.