Frankie Cocozza has split from his wife after four years and one child together.

The former X Factor star, 29, and Bianca Murphy are said to have parted ways earlier this year and he is thought to have moved on already.

The Sun report that they remain on amicable terms for the sake of their son Frankie Jr, three.

A source told the publication: ‘Frankie and Bianca were madly in love but things just fizzled out over time.

Frankie Cocozza SPLITS from wife: X Factor star and Bianca Murphy have gone their separate ways after a four-year marriage but remain amicable for sake of son 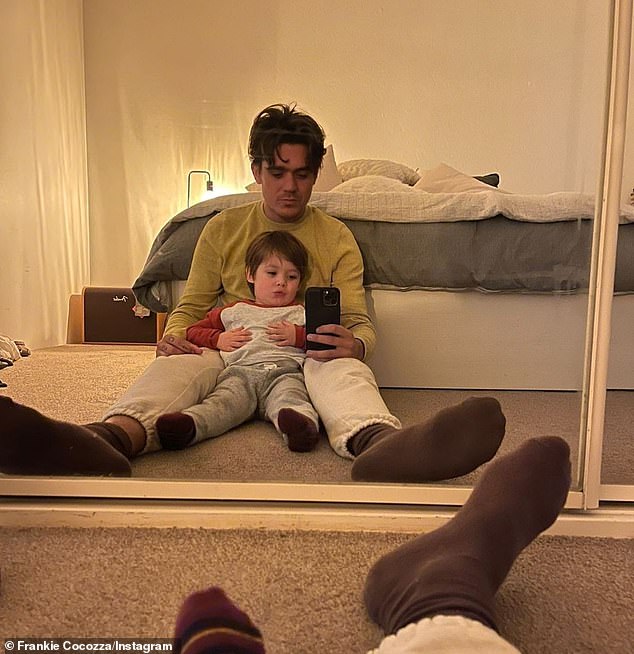 Love: Frankie shared this picture of himself with his namesake son, 3, on social media recently from Bondi Beach

‘They have remained on good terms for the sake of their son, Frankie Jr, but have both moved on.

‘Bianca has stopped using Cocozza as her surname and he has removed all trace of her from his Instagram.’

The couple met shortly after Frankie after moving to Australia and the pair went Instagram official in October 2017.

They tied the knot in May 2018 back in Brighton and the following year they welcomed their baby boy. 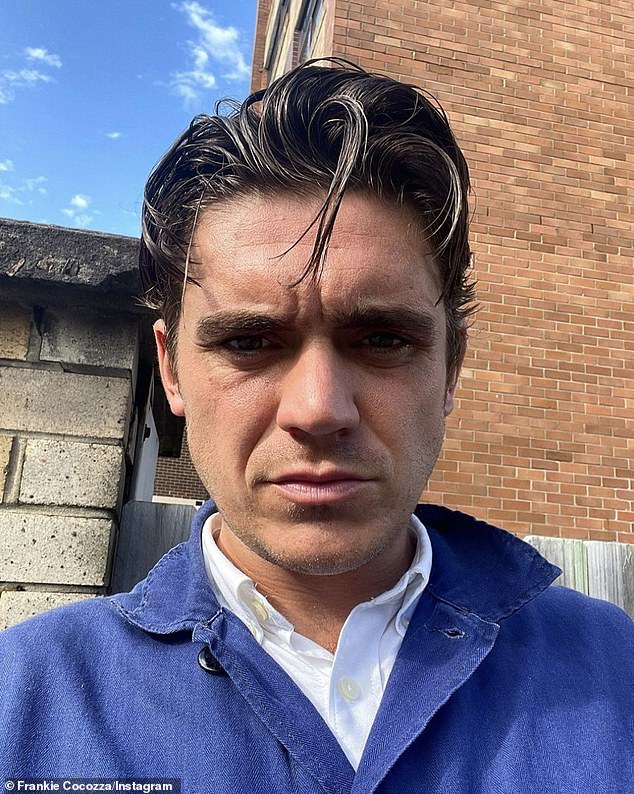 Changing faces: Frankie looked worlds away from his days as the bad boy of 2011’s The X Factor after relocating to Australia and becoming a father (pictured earlier this year)

Frankie had previously made headlines for looking worlds  from his days as the bad boy of 2011’s The X Factor after relocating to Australia and becoming a father.

In a picture shared on the former talent show contestant’s Instagram earlier this year, Frankie could be seen staring straight into the lens of the camera, sporting a floppy hairstyle.

He wore a crisp white shirt with a blue shirt over the top in the snap as he posed under a clear blue sky.

Taking to the comments section, one follower wrote: ‘Young Frankie that I’ve been following for 10 years has grown into a man.’

Another joked: ‘Can I see a few grey hairs there boy?’ 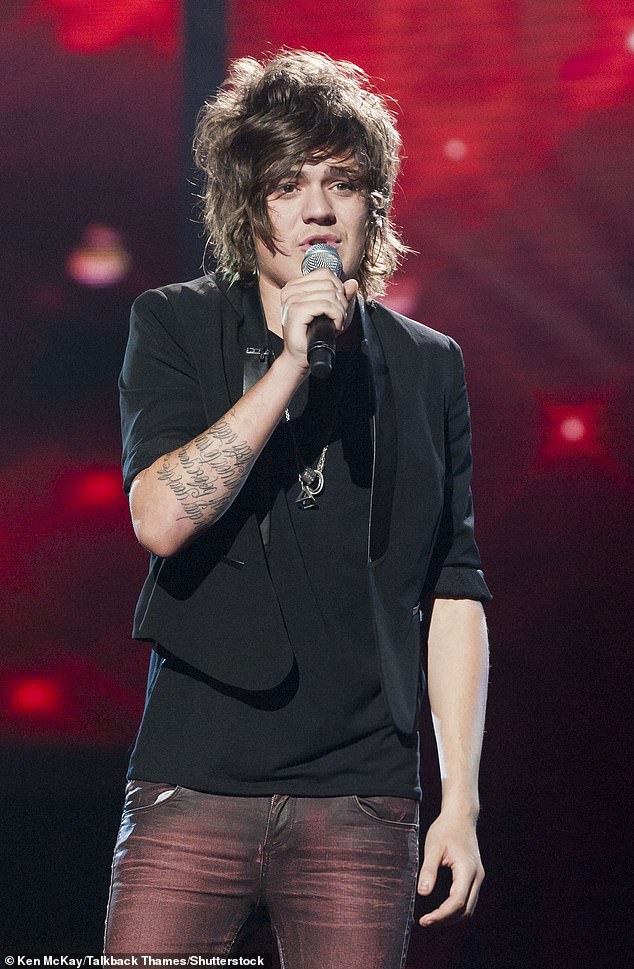 New life: The singer, 29, had been living Down Under with his wife Bianca Murphy and his namesake son, two (pictured on The X Factor in 2011) 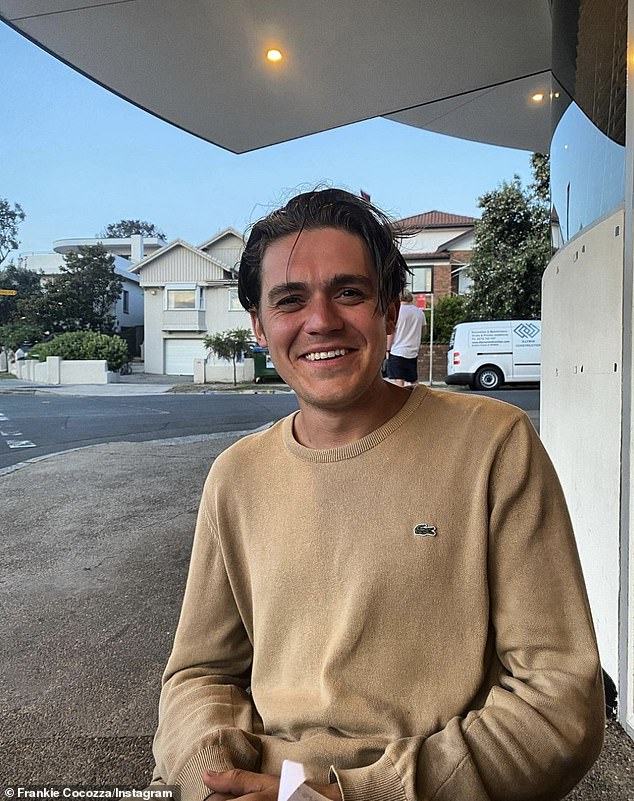 New look: In a picture shared on the former talent show contestant’s Instagram, Frankie could be seen staring straight into the lens of the camera, sporting a floppy hairstyle 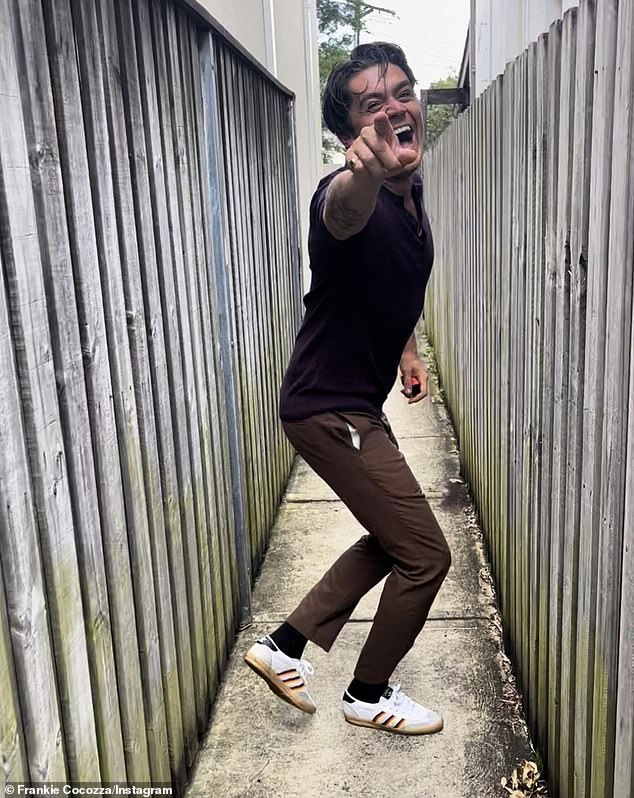 Compliments: Taking to the comments section, one follower wrote: ‘Young Frankie that I’ve been following for 10 years has grown into a man’

While someone else posted: ‘Looking well Frankie boy!’

Frankie announced he was expecting his first child with Bianca in November 2018 after the couple married in a low-key Brighton ceremony.

In the black and white snap, Frankie was in awe of his newborn son as he gently cradled the tot.

The former Celebrity Big Brother star wrote in the caption: ‘You’re in for one hell of a ride son. You’ll be absolutely fine because you’re half your mother @biancacocozza.’ 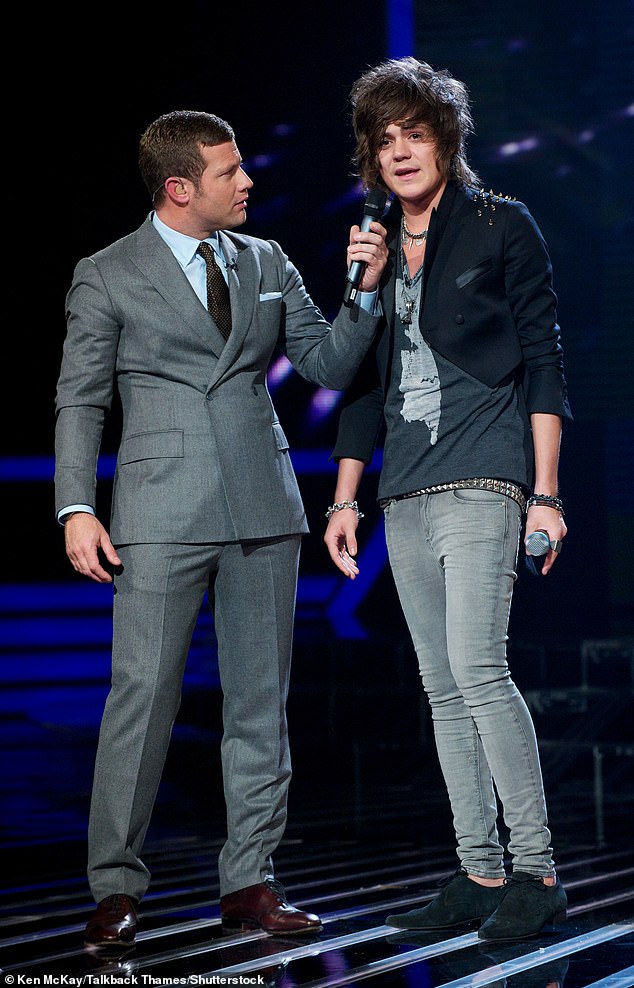 Screen star: Frankie was a contestant on The X Factor in 2011 with Gary Barlow as his mentor (pictured with show host Dermot O’Leary that year) 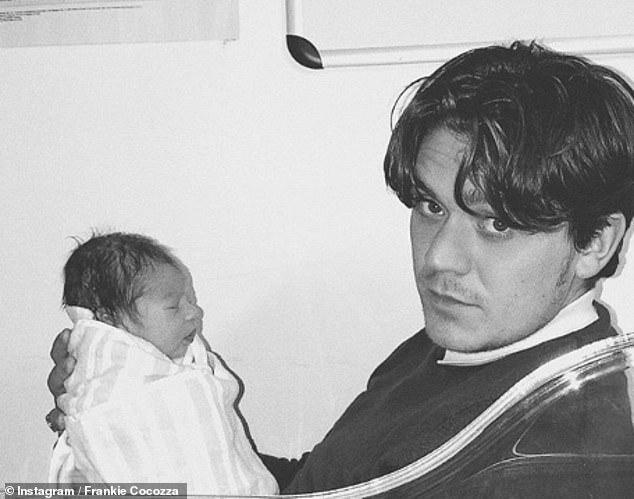 He’s a dad! The singer welcomed his baby boy with wife Bianca in May 2019, almost a year to the day after their wedding

In May 2018, Frankie tied the knot with Bianca in a simple Brighton ceremony, and announced the news to fans with a surprise social media snap.

In it, he was seen in a black suit, a red rose on his lapel, hand-in-hand with new wife Bianca, who stepped out in a gold dress and bridal veil.

The brunette beauty held a rose bouquet and grinned in the sun-drenched snap, as they walked among fluttering confetti.

The star previously dated Ex On The Beach star Charlotte Dawson, after the pair met while filming Celebs Go Dating in 2017, but the relationship fizzled out soon after the series ended. 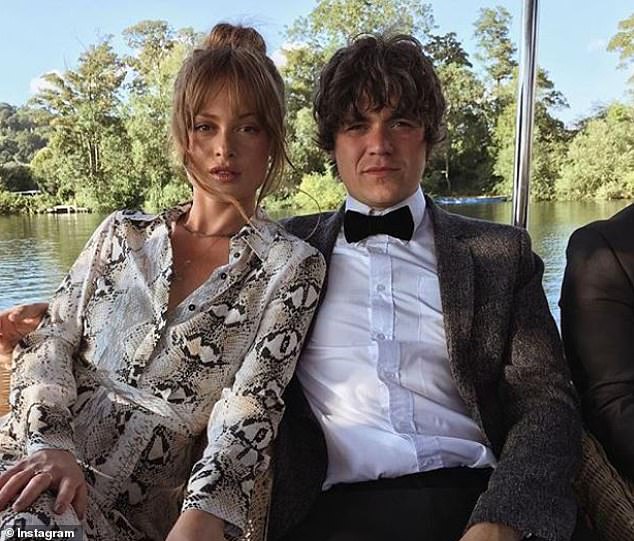 Settled down: After getting married, Frankie and Bianca couple moved to Australia to start their new life together

Frankie was a contestant on The X Factor in 2011 with Gary Barlow as his mentor, and famously announced he had the names of six girls tattooed on his bottom.

After flashing his rear to the judges, the aspiring star went onto win over the judges and make it all the way to the live shows.

Frankie was then kicked off The X Factor following an incident that was later blamed on ‘boasting about cocaine-fuelled sex sessions’.

The performer was just 18 at the time but issued an apologetic statement admitting his life had ‘gone out of control’ when it was revealed that his departure was related to drugs.

In January 2012, the musician made a reported £30,000 for his appearance on Channel 5’s Celebrity Big Brother, in which he came second to Denise Welch.

But in later years Frankie turned his back on fame, and in 2017 revealed he was earning just £7.50 an hour working on a building site. 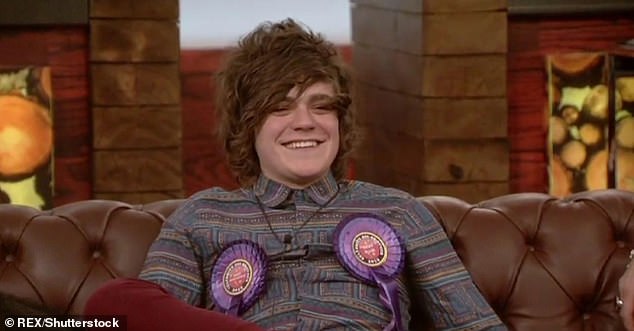 Reality TV role: In January 2012, the musician made a reported £30,000 for his appearance on Channel 5’s Celebrity Big Brother, in which he came second to Denise Welch