By Shekhar Bhatia For Mailonline

The Eintracht Frankfurt followers pelted officers with bottles and other missiles as they celebrated their team’s victory over West Ham United.

The violence was taking place in Berliner Strasse close to the Frankfurter Romer town hall.

Police sources stressed that the perpetrators behind the trouble numbered around 1,000 and were German.

It was feared they were on their way to the main railway station where around 2,500 ticketless West Ham fans had gathered during the match.

They were hemmed in heavily by riot police for their own protection.

Some officers rushed from the O’Reillys pub opposite Frankfurt’s main railway station to help reinforce numbers and combat the outbreak of violence.

West Ham ticketless fans had been drinking all day in O’Reillys, but there was little trouble. 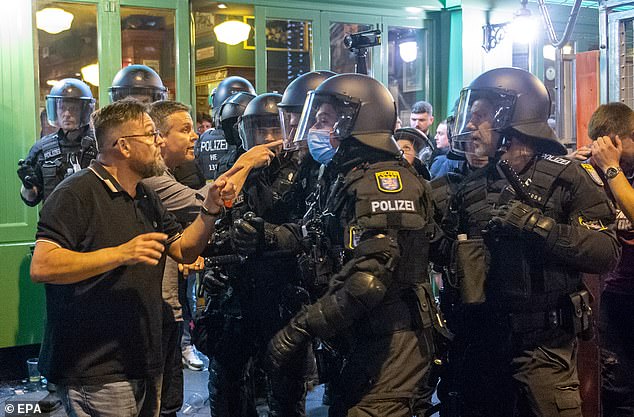 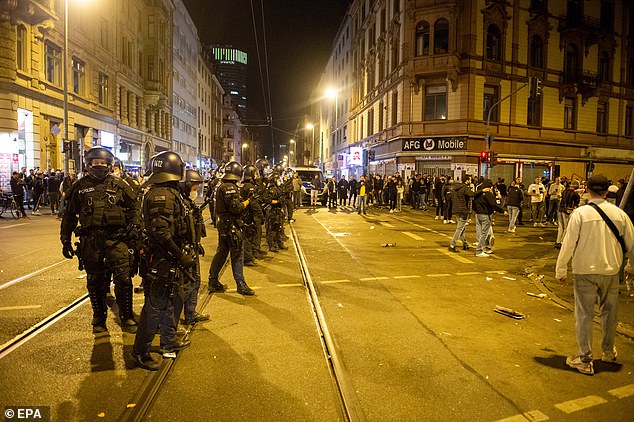 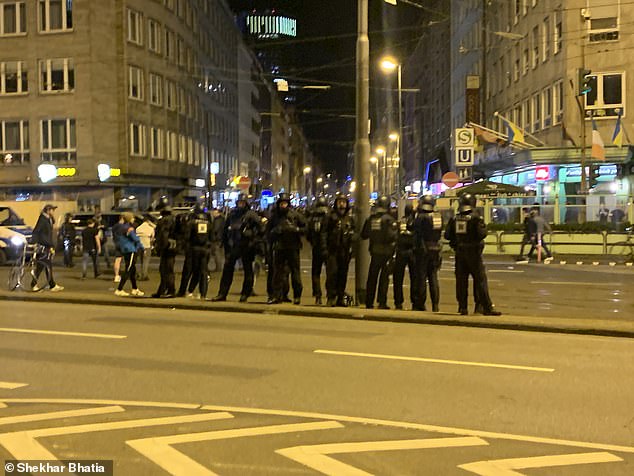 Two West Ham fans did get involved in a fist fight with each other and an ambulance was called with one being treated at the scene. But there were no arrests.

West Ham fans were largely well-behaved and have been praised by police who apologised for the ‘shameful’ behaviour of ultra’s who have attacked them several times over the last 48 hours.

More than 30 people were arrested and held in custody overnight. Police said Germans formed the largest number of those detained.

Early on Thursday after several sporadic attacks on supporters of the London Premier League side, around 800 West Ham fans marched into the red light district.

They left from O’Reillys bar and headed for a confrontation with German rivals. But they were hemmed in by police and unable to reach opposing supporters. 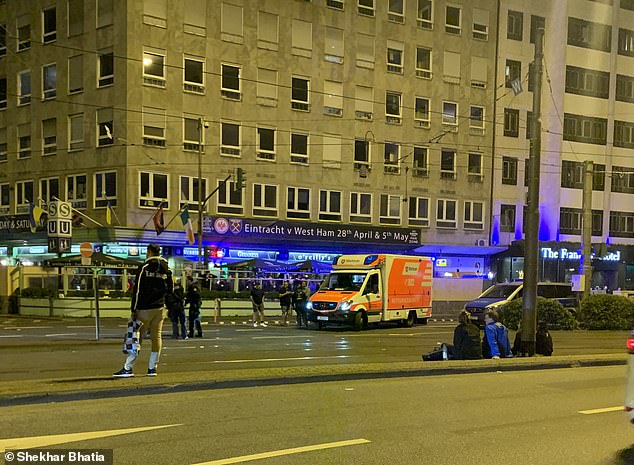 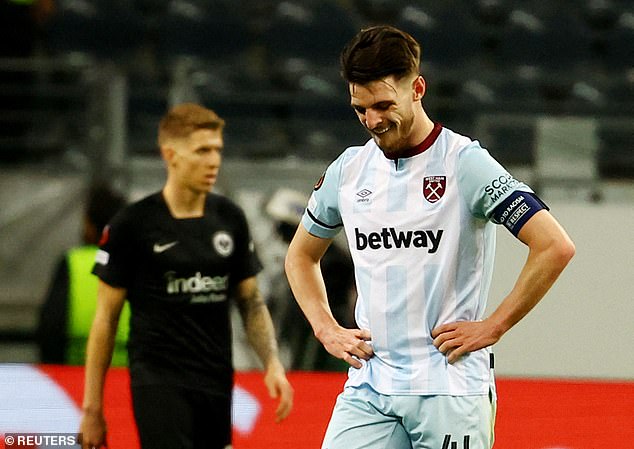 But 15 more arrests of Germans were made in the red light area for violent behaviour.

German police official Thomas Hollerbach told MailOnline earlier on Thursday, before the semi-final clash: ‘We feel shame over these Frankfurt fans. I don’t like to call them fans, but I will just for the use of the word.

‘Their behaviour has been terrible against West Ham United fans. They just attacked them for supporting another side and for no other reason that they are from West Ham or are from England.

‘We just want to have a celebratory semi-final between Frankfurt and West Ham and have the best team to win the competition.’

He said the German hooligans who set about attacking fans from England were not representative of the majority of the city.

He added: ‘I will say that 98 per cent of Frankfurt people and fans are decent individuals. 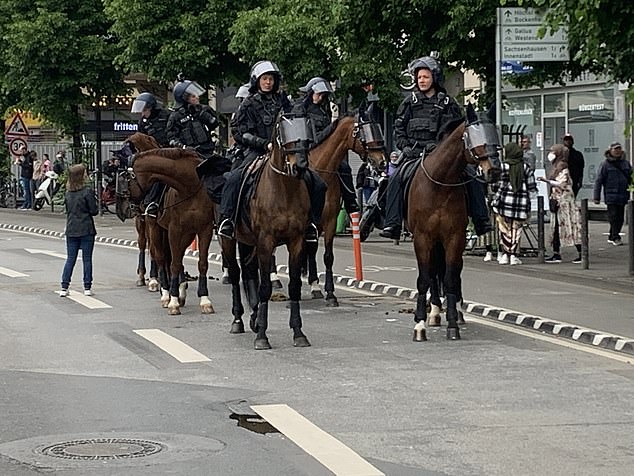 ‘Our aim now is to ensure a safe semi-final match tonight to help the West Ham United supporters to the stadium and to bring them safely back into the city.’

Police were adamant to stress that the major blame for the trouble centred on home fans, although a few West Ham fans retaliated in Waxy’s bar which was attacked early today.

A waiter was injured inside Waxy’s, police said.

A major police operation to keep the peace will swing into action on Thursday night and police will be more concerned if West Ham United are defeated and thousands of ticketless and disgruntled fans are on the loose in the city to seek revenge on their attackers.