France’s former president Francois Hollande, 67, marries his ex-mistress eight years after cheating scandal that saw him sneak off on moped for secret nights of passion with the TV star

By Peter Allen for MailOnline and Stewart Carr For Mailonline

Former French President Francois Hollande has finally married his former mistress at the centre of the 2014 scandal in which he cheated on his First Lady.

Tabloids sensationally revealed how the-then president would ride on the back of a moped driven by a secret serviceman for his rendezvous with TV actress Julie Gayet.

She briefly checked herself into hospital complaining of an emotional breakdown, before writing a kiss-and-tell bestseller portraying the president who was in office from 2012 until 2017 as a love rat who could not be trusted.

Despite having no consort for the rest of his tenure, Mr Hollande, 67, kept up his romance with Ms Gayet, 50. 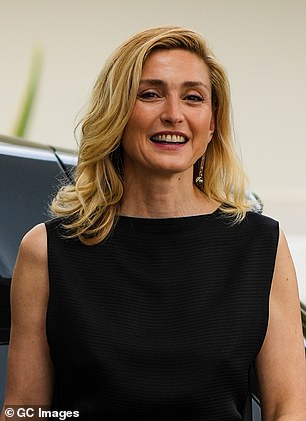 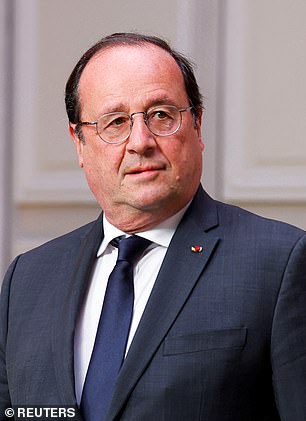 Actress Julie Gayet, 50, has married former President Francois Hollande, 67. The couple were reported to have married in a private ceremony on Saturday 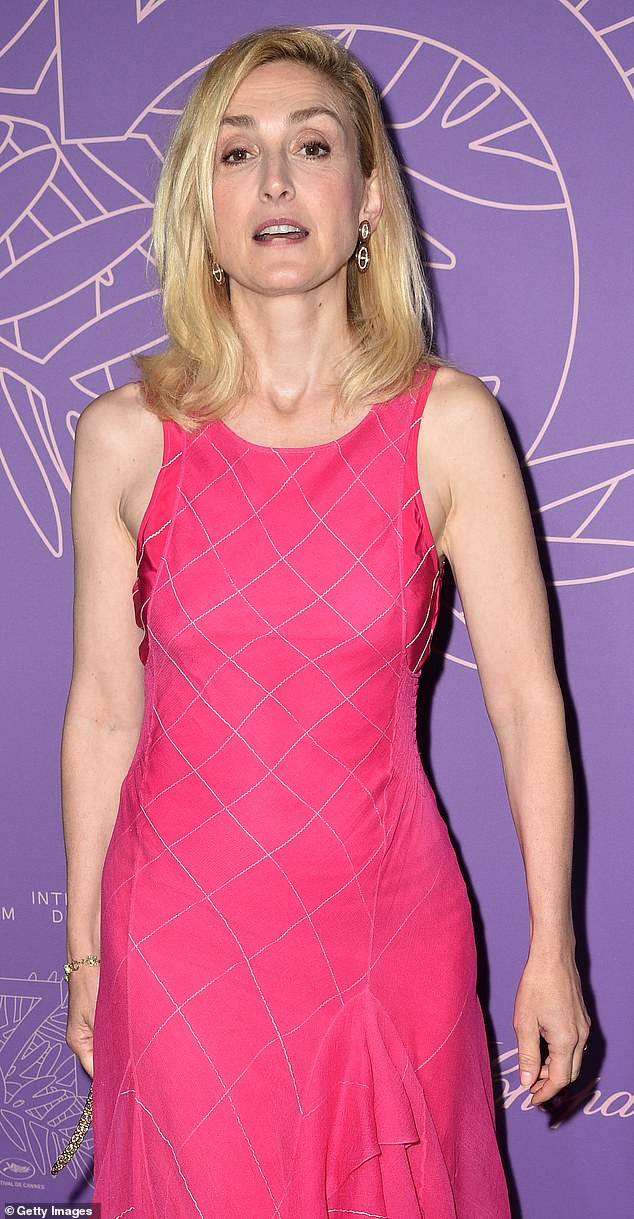 In an interview with Paris Match in 2017, Ms Gayet (pictured at Cannes Film Festival in May) revealed she had shunned the role of First Lady as she thought it was ‘sexist’

The civil union was officiated by Mayor Bernard Combes, with a select group of family and friends in attendance.

Pictures of the happy day were shared by La Montagne newspaper as an exclusive.

She left him after almost 30 years together following her election defeat in 2007. It was later revealed Hollande had been seeing Ms Trierweiler for some time during their relationship. 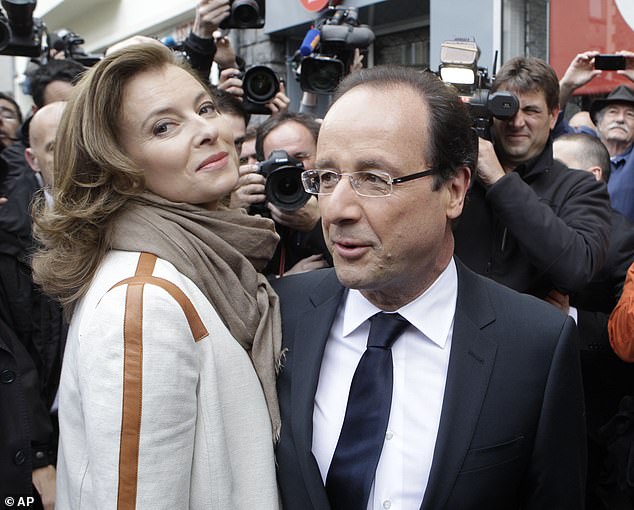 Hollande pictured in 2012 with his companion Valerie Trierweiler, who styled herself as First Lady 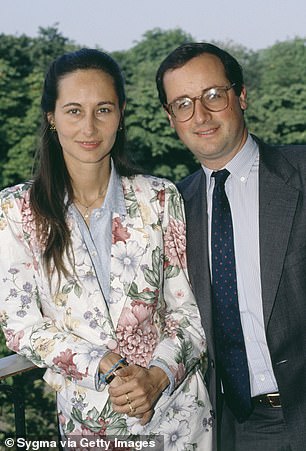 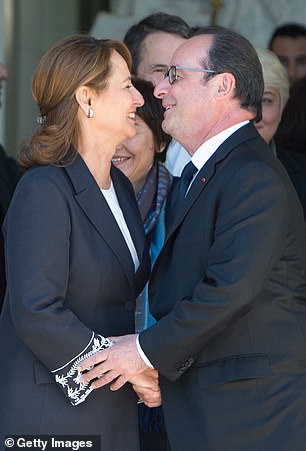 Hollande was in a relationship with ex-presidential candidate Ségolène Royal from the late 1970s to 2007 and they had four children together. Royal later served as Hollande’s ecology minister from 2014 to 2017 (pictured at his last cabinet meeting)

Ms Gayet divorced from Argentine screenwriter Santiago Amigorena, the father of her two sons, in 2006.

In an interview with Paris Match in 2017, she revealed that her affair with Hollande began while he was on the campaign trail in 2012.

Ms Gayet also explained she had shunned the role of First Lady as she believed it was ‘sexist’.

She said: ‘One person is elected. Not a couple. The role of the first lady is sexist. It’s a job that forces her to stop her career. What’s more, you don’t get a salary.

‘Each to their own profession, mine is actress and producer.’

Mr Hollande’s personal approval ratings plummeted to an all-time low of seven per cent in 2016, which many people attributed to the publication of Ms Trierwieler’s tell-all book – and he did not stand for re-election.

After his exit from frontline politics, Mr Hollande and Ms Gayet bought a house in Tulle, his political fiefdom, in 2018.