EXPRESS INFORMER > News & Politics > Four people, including the partner of a man killed during the protests, are suing Facebook

Four people, including the partner of one of the victims of the deadly August 25 protest shooting in Kenosha, are suing Facebook for enabling the violence that overtook the Wisconsin city.

The five-count civil complaint was filed on Tuesday in a state federal court, arguing that Facebook ’empowered right wing militias to inflict extreme violence and deprive Plaintiffs and protestors of their rights’ by providing a space for groups to recruit and plan violence.

The suit also named alleged shooter Kyle Rittenhouse, 17, a follower of the fringe anti-government group ‘boogaloo,’ and a commander of a militia group Kenosha Guard as being a part of a violent conspiracy to violate the constitutional rights of Black Lives Matter protesters in attendance, Buzzfeed News reports.

Four plaintiffs are suing Facebook, 17-year-old Kyle Rittenhouse (pictured) and others for their part in inflicting extreme violence and depriving protesters of their constitutional rights during demonstrations on AUgust 25

Four people are suing Facebook for its alleged role in enabling the violence that overtook the city of Kenosha, Wisconsin, in August.

The suit, McNeal v. Facebook, Inc., slams Facebook as having allegedly abetted in the violence in Kenosha, especially on the night of August 25.

Rittenhouse allegedly shot and killed two men during an altercation as the demonstrations descended into chaos. Another person was injured in the shooting. The 17-year-old had crossed state lines from Illinois and had allegedly used a semi-automatic weapon in the confrontation. 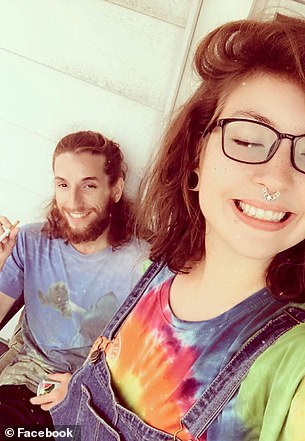 Plaintiffs include Hannah Gittings, whose partner – Anthony Huber – was among one of the ones killed allegedly by the teen

He has been charged with two counts of first-degree murder, one count each of attempted homicide, recklessly endangering the safety of two people, and possessing a weapon while under the age of 18.

‘There is a failure on the part of Facebook to act based upon warnings that result[ed] in armed militias violating state law and in the case of Rittenhouse going to a peaceful protest to violently repress and deter American citizens from engaging in their constitutional rights,’ Jason Flores-Williams, the attorney who filed the suit, said.

Plaintiffs include Hannah Gittings, whose partner was among one of the ones killed allegedly by the teen; Christopher McNeal, a longtime Black resident of Kenosha; Nathan Peer, a Kenosha resident who tried to assist one of the alleged victims; and Carmen Palmer, a Black Milwaukee resident who travelled to the protest with her kids and her church.

BuzzFeed News reported earlier in the month that a Facebook event page for the Kenosha Guard was flagged 455 times. CEO Mark Zuckerberg said that the failure to remove the event page, which advised attendees to bring firearms, was ‘an operational mistake.’

After the shootings occurred, Facebook failed to remove the page, despite claims of the contrary made to the press. Facebook would later apologize for misleading the public. 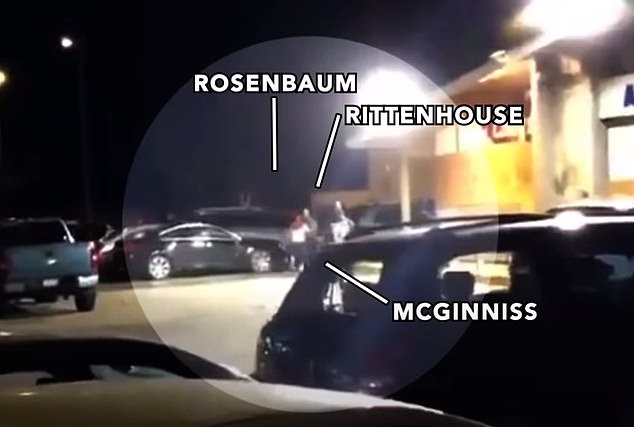 Rittenhouse allegedly shot and killed two men during an altercation as the demonstrations descended into chaos. Another person was injured in the shooting. The 17-year-old had crossed state lines from Illinois and had allegedly used a semi-automatic weapon in the confrontation 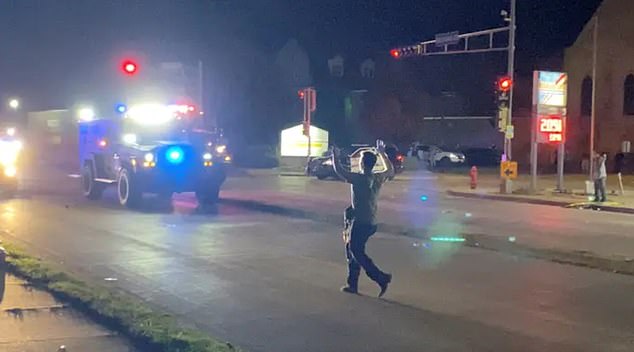 The 17-year-old walks toward police with his hands raised after allegedly killing two men and shooting another. Lin Wood, an attorney representing Rittenhouse, called the suit ‘nonsense’

‘As to Kyle Rittenhouse, this lawsuit is errant nonsense but may provide a golden opportunity for obtaining documents and sworn testimony from Facebook to bolster Kyle’s future defamation case against Facebook for falsely accusing him of mass murder,’ Wood added. ‘Thus, I view the lawsuit as a blessing in disguise.’

Two counts of the suit rely on Reconstruction era federal statutes designed to protect Black Americans from the Ku Klux Klan and other white supremacist groups. The 1871 ‘Ku Klux Klan Act’ made it a criminal offense to violently prevent someone from exercising their constitutional rights if the attack was racially motivated and premeditated.

According to Mary McCord,  a legal director of the Institute for Constitutional Advocacy and Protection at Georgetown Law, suits similar to this are in response to an increase of heavily armed citizen groups and racial violence at protests.

‘If we continue to see militias and other sorts of white supremacist activity that results in injury to people of color and their allies, and that seems to be racially motivated, we could see a resurgence of civil lawsuits under these civil rights provisions,’ she explained. 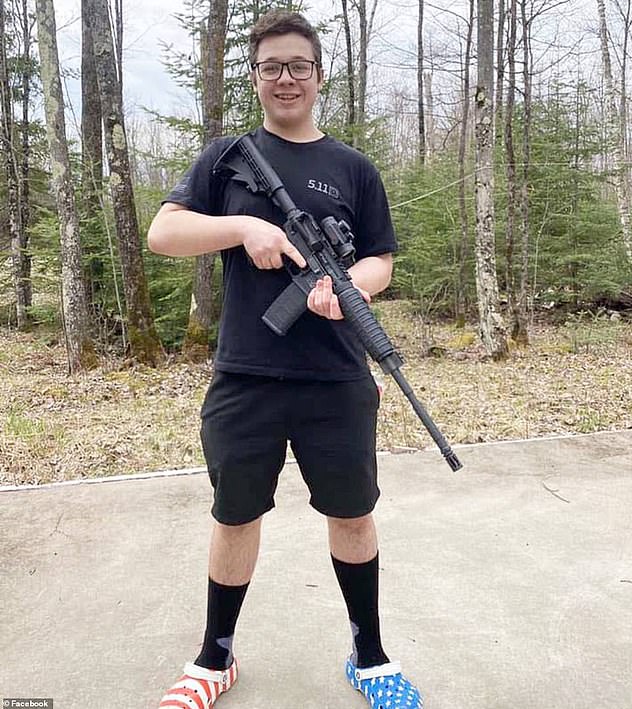 It is currently unclear whether Rittenhouse viewed the Kenosha Guard page or how he knew about the event, with Facebook previously stating that he had not RSVP’d to attend

Flores-Williams added: ‘It’s not that these laws are really innovative or unique; it’s just that we didn’t think that we would have to use them again in America. They are thankfully on the books for times like these.’

The August 25 event, called ‘Armed Citizens to Protect our Lives and Property,’ was created by the Kenosha Guard and not removed from Facebook despite the plethora of violent comments that filled the page.

‘Facebook, where most of the conspiring took place, failed to act to prevent this harm,’ the suit claims. ‘Despite over 400 reports of the Kenosha Guard’s event page and its call to arms, as well as the violent rhetoric throughout, Facebook failed to remove the page from its site until after several deaths, injuries, and extensive harassment occurred.’

It is currently unclear whether Rittenhouse viewed the page or how he knew about the event, with Facebook previously stating that he had not RSVP’d to attend.

Facebook violated federal law, the suit alleges, because it was aware of the planning of violence but failed to take action. Facebook is also accused of being negligent and failing to remove the Kenosha Guard page and its event.

‘Facebook was [given notice] that something horrid was going to happen but failed to do anything,’ said Flores-Williams. ‘They failed to act, and because they failed to act, good people were murdered and others were denied their fundamental rights to express themselves. Facebook provided the tools and platform for the militias to organize and execute their plans.’