EXCLUSIVE: Four friends ‘who kidnapped British public schoolboy in Italy and tortured him before demanding £6,000 ransom’ are to go on trial

By Nick Pisa for MailOnline

Four people are to go on trial accused of kidnapping a British former public schoolboy in Italy and holding him chained to a stepladder in a bizarre £6,000 ransom plot.

Sam Demilecamps, 26, was found by police last year in a darkened room after police traced his mobile phone to a dingy flat where he had been left over scraps for eight days.

Officers were alerted after he texted his family and told them he was being tortured and beaten by the group, who told he would not be free him unless he paid them off.

British detectives alerted counterparts in Italy and Mr Demilecamps was found in an apartment at Monte San Giusto near Ancona after they signal from his phone was traced.

Sam Demilecamps, now 26, said he was held captive for eight days in Monte San Giusto, central Italy, by a gang who, he claimed, beat and tortured him, and fed him ‘leftovers like a dog’ 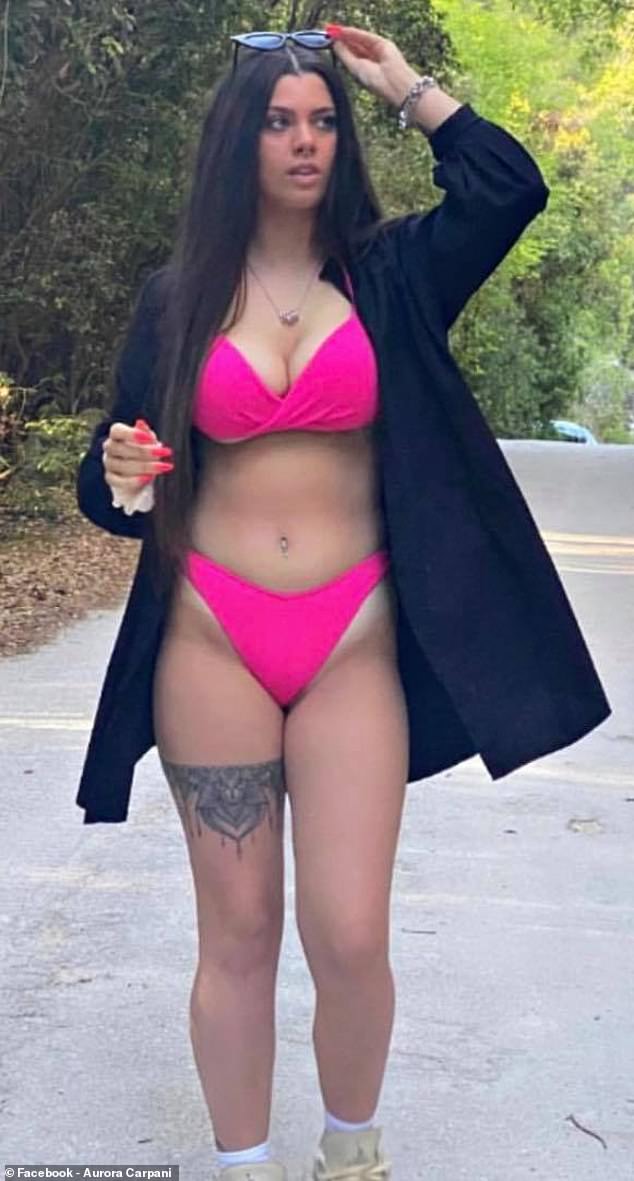 Aurora Carpani, here 20, is one of the group of four arrested over the kidnapping of the Briton

The three men and a woman were quickly rounded up after the incident last October before being released under house arrest while charges of kidnapping and extortion were investigated.

At a preliminary hearing Mr Demilecamps, who was educated at a £36,000 a year Lord Wandsworth College in Hampshire, told the court he had been kidnapped 200 miles away in Florence while staying at a hostel.

He was bundled into a van and driven to Monte San Giusto, describing his kidnap he said: ‘My captors had seen me spending lavishly. They kicked and punched me, used a taser and pepper spray, then dragged me into a car and gave me tranquilisers.

‘They drove me to Monte San Giusto. I was held underwater in a bath and beaten.’

He added how he had sent texts to family and friends asking for them to send him money as quickly as possible but instead his divorced parents Patrick Demilcamps and Jalaleh McCall, alerted police and the plot was foiled.

But just days days later eyebrows were raised after pictures emerged of him partying with his alleged kidnappers with some claiming it may have all been part of a plot to get money from his unsuspecting family.

This was fuelled after it emerged he knew all four kidnappers well after spending much of the summer of 2021 in the company of his alleged kidnappers, Rubens Beliga Gnaga, 19, Ahemd Rajraji, 22, Dona Conte, 23, and his girlfriend Aurora Carpani, 21.

Rajraji even had a video of Mr Demilecamps diving off rocks into a river with the group – seemingly none the worse for wear.

However earlier this week all four appeared in court in Macerata and opted for a fast track trial which was granted by a judge following a closed doors hearing which lasted less than an hour and which Mr Demilecamps did not attend.

Vando Scheggia, Rajraji’s lawyer, spoke for the four and told MailOnline: ‘As we have always said this was no kidnap plot and my client and the other accused all deny the charges against them.

‘He had been lent money by the four and they allowed him to stay in the flat while he arranged to get them the money he owed them – that’s it, nothing more this isn’t some Mafiosi kidnap it’s very trivial.’

Mr Scheggia added: ‘Mr Demilecamps was not handcuffed to the step ladder, rather he had the others handcuff him so that when he sent pictures to his family they could see he was in distress and send the money.’

It is not the first time Mr Demilecamps, who lives in Brighton, who describes himself as an ‘adrenaline junkie’ has made the headlines – in 2016 he broke a vertebra after leaping 180ft into the sea from a cliff at Taormina, Sicily, for a bet.

Judge Federico Zampaoli ordered the four to stand trial in December and if convicted on kidnap and extortion could be jailed for up to 30 years.