Beirut was hit by yet another explosion today, killing four and wounding several more as it sent shockwaves through Lebanon’s capital.

A fuel tank explosion in Lebanon’s capital caused a large fire to break out in the building in the Tariq al-Jadida neighborhood, a security source said.

Several people have been treated for smoke inhalation after the blast and more than 20 people were taken to hospital, local media reported.

Flames could be seen billowing in the street as onlookers scream in panic.

Beirut was hit by yet another explosion today, killing four and wounding several more as it sent shockwaves through Lebanon’s capital (rescue efforts pictured) 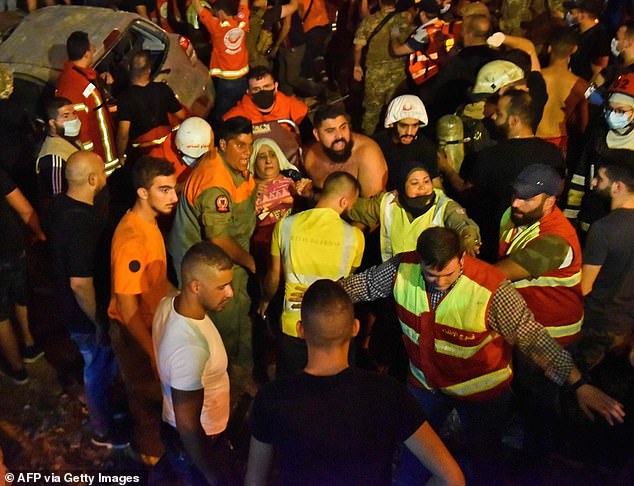 A fuel tank explosion in Lebanon’s capital caused a large fire to break out in the building in the Tariq al-Jadida neighborhood, a security source said (rescue efforts pictured) 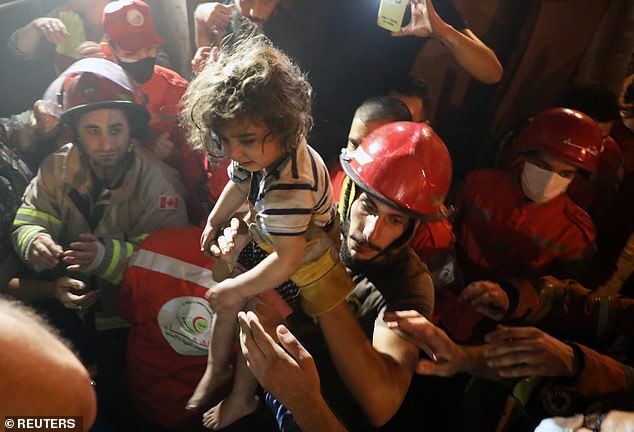 Several people have been treated for smoke inhalation, the Lebanese Red Cross confirmed. Pictured: A child being rescued after the explosion 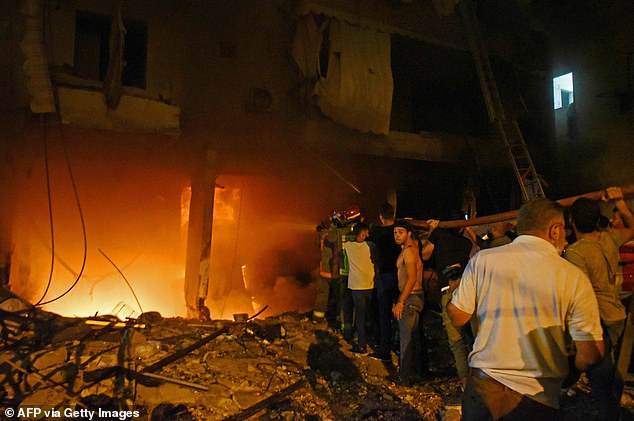 More than 20 people were taken to hospital after today’s blast – as flames billowed in a street as onlookers can be heard screaming in panic, local media reported

It comes just two months after a cataclysmic explosion in Beirut killed 203 people on August 4.

At least 6,000 people were injured in the earlier blast, which devastated whole neighborhoods and was blamed on highly explosive ammonium nitrate kept in poor storage conditions for years.

That blast came as Lebanon struggles with its worst financial crisis since the 1975-1990 civil war and political strife, compounded by the coronavirus pandemic.

The government resigned over the explosion and it was announced that several ministers and former ministers were to be questioned by a prosecutor.

‘The interrogations will begin with former public works minister Ghazi al-Aridi,’ the official said, speaking on condition of anonymity.

‘If a shortcoming or negligence on the part of one of the questioned ministers is found, the judiciary will have to state that it does not have jurisdiction to sue them,’ the official explained. 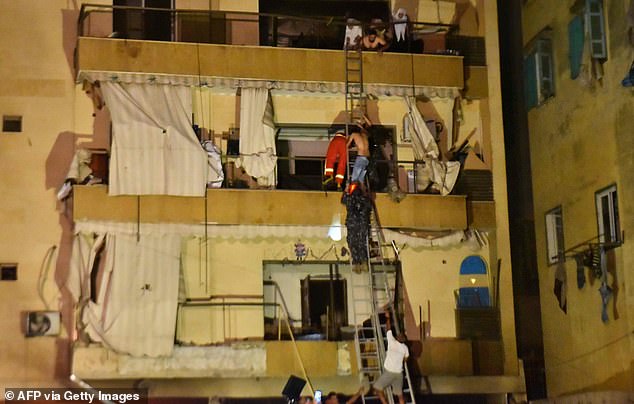 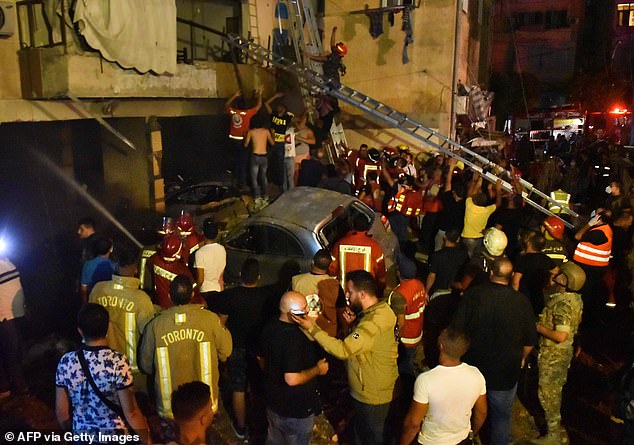 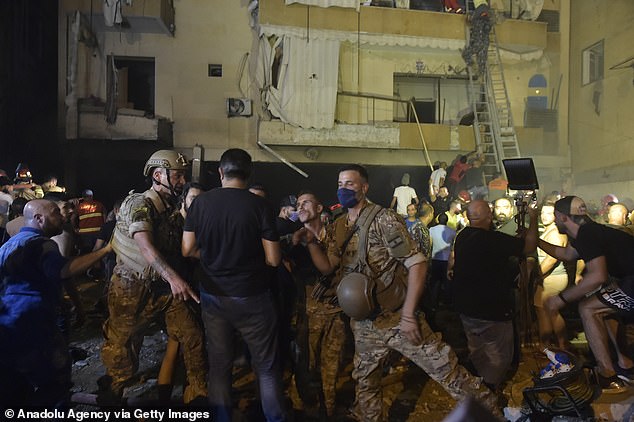 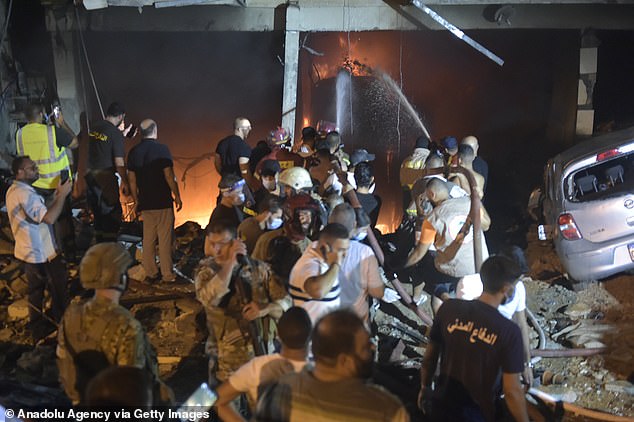 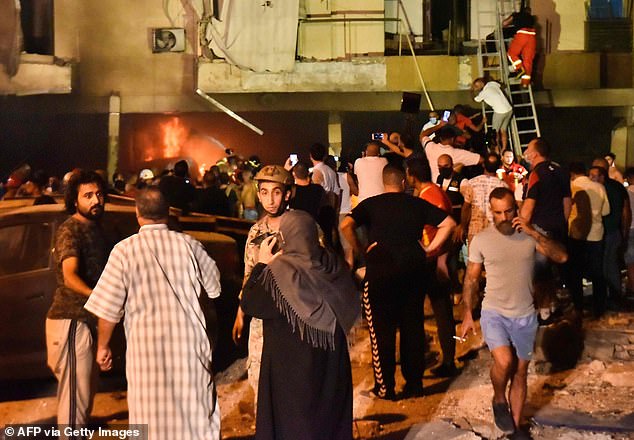 The chief prosecutor will then have to transfer their file and connected evidence to parliament because the jurisdiction lies with a special council in charge of suing ministers and presidents.

The official said the current minister of public works would also be questioned in coming days.

Several other former public works ministers, current and former ministers of finance and justice, will also be brought in, he said. 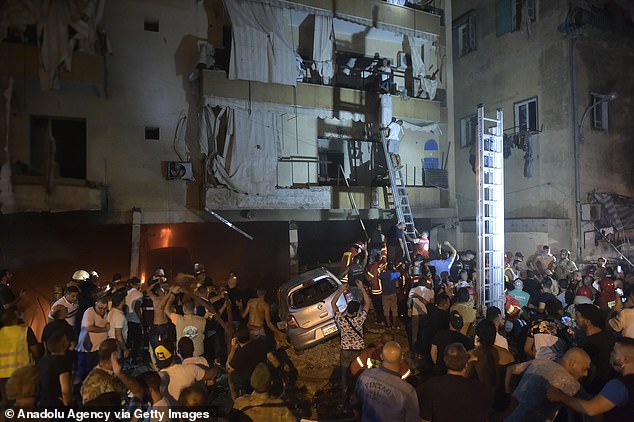 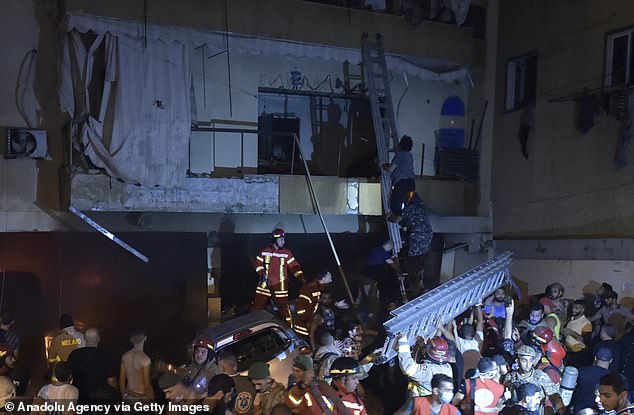 And last month, another explosion rocked the capital as a column of smoke erupted over a suspected Hezbollah arms depot with several people feared injured.

The September blast was caused by a ‘technical error’ and had caused a number of injuries.

The Iran-backed group is heavily armed but its political wing has been a major player in Lebanese governments in recent years, and efforts to recover from the Beirut blast have been hampered by Hezbollah’s insistence on holding onto key ministries.