Taxpayers are facing losses of up to £26billion from fast-track coronavirus loans to small businesses that are stolen by fraudsters or never repaid.

The staggering potential bill has been revealed after an investigation into bounce- back loans by the Government spending watchdog, the National Audit Office.

The scheme was rushed out by Chancellor Rishi Sunak in May after businesses complained banks were refusing to lend under the original emergency loan scheme.

Mr Sunak promised they would provide a ‘quick and easy’ lifeline for small and medium-sized firms.

Taxpayers are facing losses of up to £26billion from fast-track coronavirus loans to small businesses that are stolen by fraudsters or never repaid. Pictured: Chancellor Rishi Sunak, who introduced the loans

But last night the chairman of the Commons’ public accounts committee warned that the ‘hasty launch’ of the lifeline means ‘criminals may have helped themselves to billions of pounds at the taxpayer’s expense’.

However, the Treasury hit back, saying it ‘would not apologise’ for trying to get cash to desperate firms as quickly as possible.

More than 1.2million firms have applied for loans of up to £50,000, which are offered via banks but are 100 per cent guaranteed by taxpayers and interest-free for the first year.

More than £38billion has been dished out so far, with officials expecting this to rise as high as £48billion by the time the scheme closes next month.

But an NAO probe has found this glut of easy money – with few checks imposed on borrowers – has left taxpayers dangerously exposed.

Government officials have warned that between 35 per cent and 60 per cent of these loans may never be repaid or handed to fraudsters.

The risk of fraud is deemed ‘very high’ as checks are limited. And as firms are forced to give few financial details, there is also greater risk that they will go bust.

Assuming £43billion is lent, the NAO said this would imply a potential cost to the Government of between £15billion and £26billion.

Gareth Davies, head of the NAO, said: ‘With concerns that many small businesses might run out of money as a result of the Covid-19 pandemic, government acted decisively to get cash into their hands as quickly as possible.

‘Unfortunately, the cost to the taxpayer has the potential to be very high, if the estimated losses turn out to be correct.

Government will need to ensure that robust debt collection and fraud investigation arrangements are in place to minimise the impact of these potential losses to the public purse.’ 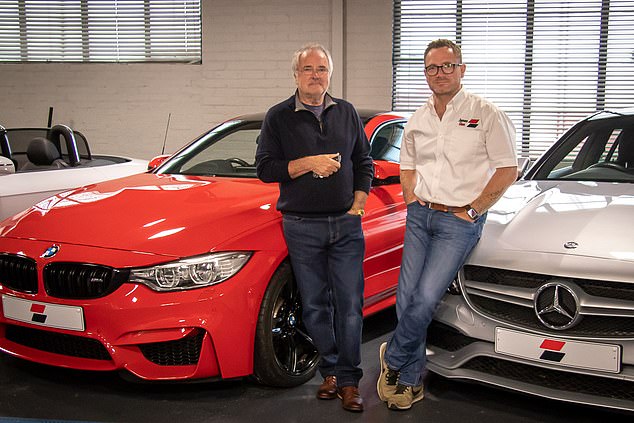 The staggering potential bill has been revealed after an investigation into bounce- back loans by the Government spending watchdog, the National Audit Office. Pictured: Luxury car dealer Stephen Bogan, shown above with his father Jim, was targeted by a fraudster who took out a bounce-back loan in his company’s name to try to buy a sports car

Labour MP Meg Hillier, chairman of the committee, said: ‘The bounce-back loan scheme got money into the hands of small businesses quickly, and will have stopped some from going under.

‘But the scheme’s hasty launch means criminals may have helped themselves to billions of pounds at the taxpayer’s expense.’

The potential bill comes after the boss of HM Revenue & Customs indicated to MPs last month that up to 10 per cent of furlough cash may also have been paid out in error or stolen by fraudsters.

With the bill for the Job Retention Scheme currently standing at more than £39billion – this would equate to almost £4billion.

Although NAO did not predict what proportion of the losses from bounce-back loans would be due to fraud, it referred to estimates from the Cabinet Office that they will be ‘significantly above’ the 0.5 per cent to 5 per cent estimated for public sector schemes.

But if 10 per cent of bounce-back loans were stolen by fraudsters this would amount to more than £4billion – assuming £43billion was lent under the scheme in total.

A Government spokesman said: ‘We targeted this support to help those who need it most as quickly as possible and we won’t apologise for this. 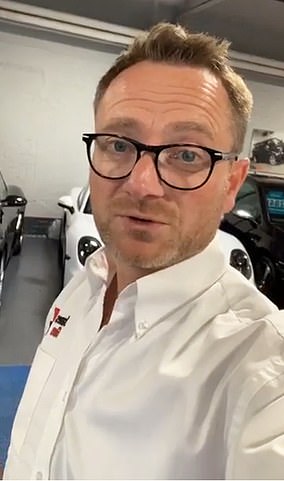 Stephen Bogan (pictured) revealed how the conman posed as a customer

A luxury second-hand car dealer was targeted by a fraudster who took out a bounce-back loan in his company’s name to try to buy a sports car.

Stephen Bogan revealed how the conman posed as a customer, offering cash to buy a £41,000 Porsche Cayman.

The funds were quickly transferred into the bank account of James Glen Car Sales – the dealership he runs with his father Jim in North Lanarkshire, Scotland.

But it soon emerged that the cash was from a bounce-back loan the fraudster had taken out in the car dealership’s name.

Mr Bogan, 41, said that he only avoided falling into the trap because the speed of the transaction and the fraudster’s lack of questions about the car aroused his suspicions.

After calling his bank, it emerged that the funds had been deposited from a bounce-back loan – with a BBL reference attached to the transfer.

The conman had tried to cover his tracks by claiming that the name of his London-based business was BBL Ltd.

Mr Bogan established that the conman had used the dealership’s bank details from the car invoice to apply for the loan.

Responding to the NAO report, he said: ‘It’s disgusting, The bounce-back loan scheme is wide open for total abuse and is being milked dry. It will be us taxpayers who foot the bill.’

Although the conman’s purchase was scuppered, he was never prosecuted.