Having raised Formula 1’s profile in the United States with the popular docuseries, Drive to Survive, Netflix has reportedly joined a bidding war over the circuit’s media rights in America.

Netflix, which has yet to break into live sports, has been in discussions with with F1 for several months, according to Business Insider, which also reports that Amazon Prime and NBC Universal are in the mix.

ESPN currently has the sport’s US media rights through the end of 2022. Sources told Insider that the network has offered $70 million to retain those rights, but F1 is targeting a price around $100 million. 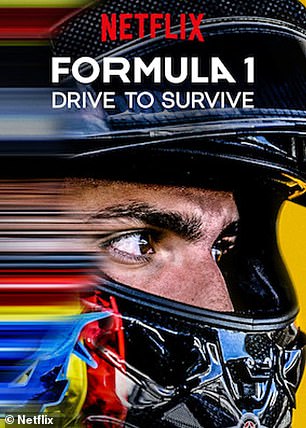 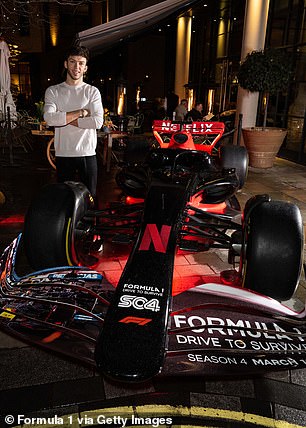 (Right) Pierre Gasly attends the Formula 1 “Drive To Survive” Netflix Season 4 exclusive screening at Ham Yard Hotel on March 02, 2022 in London. A fifth season is in the making 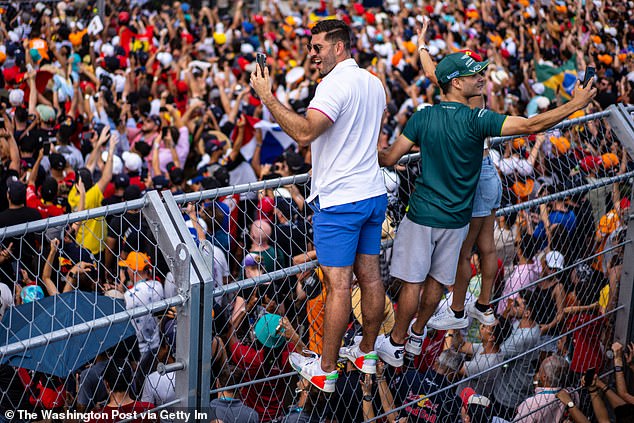 Fans on the race track barrier after the F1 Grand Prix of Miami at the Miami International Autodrome on Sunday, May 8. Miami will be one of three US stops on the 2023 F1 calendar

An ESPN spokesperson confirmed to DailyMail.com that the network is negotiating to retain F1 media rights, but declined to speak about specific figures.

‘We are aggressively pursuing a renewal — we feel that we have a distribution package and event presentation that can’t be matched in the industry and the viewership and exposure growth they have received since returning to ESPN platforms in 2018 is reflective of what we can do for them,’ he said. ‘It has been a mutually beneficial relationship.

‘Understandably, they are looking at other options,’ Suchenski continued. ‘We had very good meetings with them in Miami recently and are in constant communication.’

Sports Business Insider previously reported NBC’s interest and ESPN’s discussions with F1 representatives at the inaugural Miami Grand Prix — one of three races the circuit will hold in the US next year when Las Vegas is added to the schedule.

Spokespeople for F1, Amazon and Netflix did not immediately respond to a request for comment. An NBC spokesperson declined to comment to DailyMail.com. 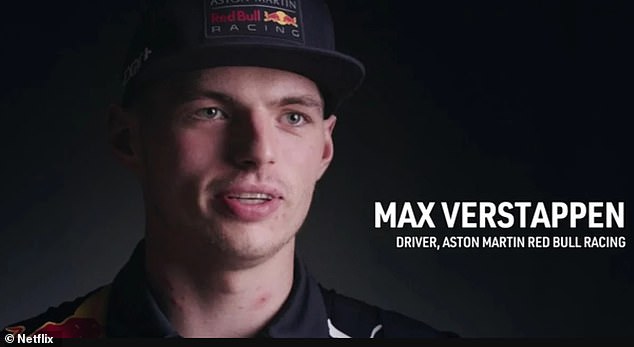 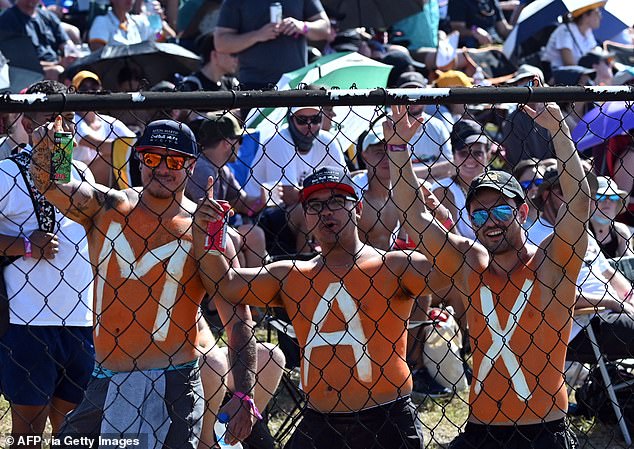 Fans of Red Bull’s Dutch driver Max Verstappen wait for the start of the Formula One United States Grand Prix at the Circuit of The Americas in Austin, Texas, on October 24 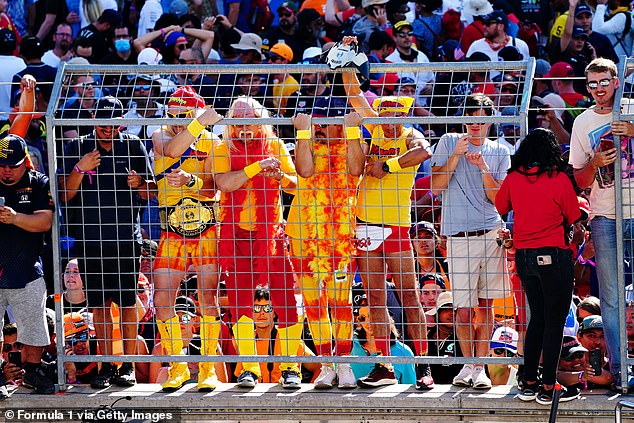 Netflix CEO Ted Sarandos recently downplayed the idea of using live sports to boost business after the company reported a net loss of 200,000 subscribers in the first quarter.

‘I’m not saying we never would do sports, but we would have to see a path to growing a big revenue stream and a big profit stream with it,’ Sarandos said during an April earnings call. 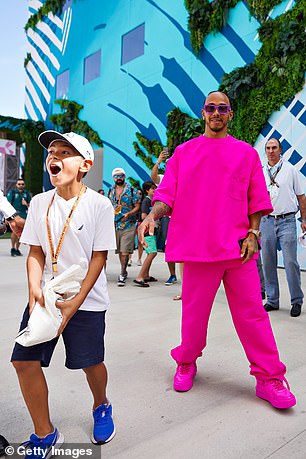 However, in 2021, Netflix CEO Reed Hastings raised the possibility during an interview with German magazine, Der Spiegel.

‘A few years ago, the rights to Formula 1 were sold,’ Hastings said, as quoted by BroadbandTVNews.com. At that time we were not among the bidders, today we would think about it.”

‘Based on the success of ‘Drive to Survive,’ it would seem obvious that Netflix would be an interested participant and that Formula 1 would feel similarly,’ said Bratches, who helped negotiate the deal for the series.

Insider writes that F1 is a good sports media foothold for Netflix because it doesn’t cost billions of dollars, like the NFL or NBA, and could help with the streaming services plans to add an advertising-supported subscription tier at the end of the year.

Ratings have certainly been strong on ESPN, where the Monaco Grand Prix averaged $1.4 million viewers on May 29 — up 43 percent from 2021. 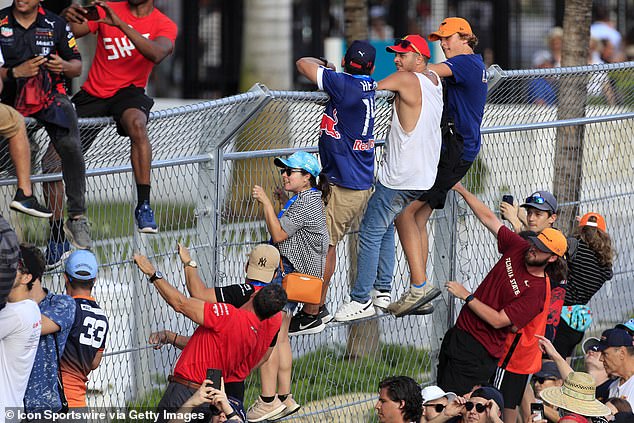 Race fans climb the track fencing for a better view after the Formula 1 CRYPTO.COM Miami Grand Prix on May 8