A former train driver who sparked rush hour chaos after hijacking a Southeastern train and locking himself inside a cabin has avoided jail.

Jeffrey Wheeler, 56, used his driver’s keys to gain access to the rear driver’s cabin on the 7.15am train travelling to Orpington from London Cannon Street Station on November 25 last year.

The ex-train driver, who agreed to leave his job with Southeastern trains under a settlement in October 2016, hit the emergency brakes to bring the commuter service to a halt two minutes into the journey.

Jeffrey Wheeler, 56, sparked rush hour chaos after hijacking a Southeastern train and locking himself inside a cabin, before walking along the tracks (file photo)

Wheeler from Plumstead, London, locked himself inside the cabin with a bar before exiting and walking along the tracks when police were contacted.

He was later arrested and taken out of a side exit, with the incident impacting up to 70,000 commuters.

Wheeler, whose actions cost the company £400,000, pleaded guilty at Inner Crown Court to obstructing the railway.

According to The Sun Online, Judge Silas Reid said Wheeler’s actions were ‘borne out of upset and spite’. 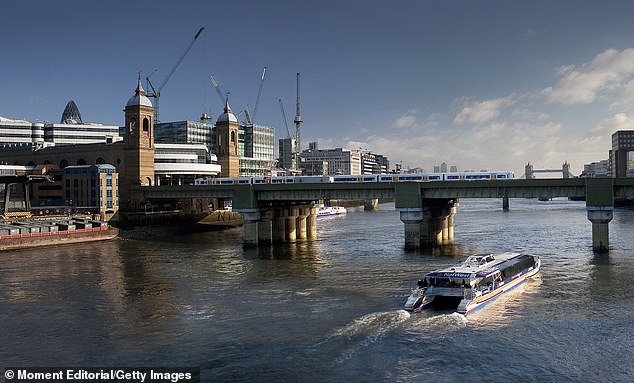 Wheeler disrupted the 7.15am train from Cannon Street station (above) to Orpington on November 25 last year, affecting up to 700,000 commuters (file photo)

The court heard Wheeler suffered depression after being let go from his role and resented the company as a result.

Wheeler was given a 12-month prison sentence, suspended for 18 months, alongside a 20-day rehabilitation programme and 150 hours of unpaid work.

A spokesman for Southeastern reportedly said: ‘The incident on 25 November caused widespread disruption and we would like to apologise to those passengers delayed by Mr Wheeler’s actions.

‘We are grateful to the City of London Police for their rapid intervention and hope that this sentence will deter others from disrupting the railway – risking their own safety and delaying the many passengers who rely on our services.’