Brady and the Buccaneers were eliminated from the playoffs by the Dallas Cowboys on Monday night in a game that saw the veteran quarterback struggle, throwing for just 5.3 yards per attempt.

The 45-year-old is set to become a free agent during the upcoming offseason and his former teammate Edelman believes he could be on the lookout for a winning team. 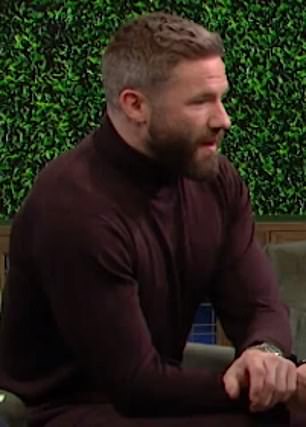 ‘If he has another season, it’s not gonna be in Tampa Bay,’ Edelman said. ‘And, just because, Tom’s a businessman. Tom’s a smart guy.

‘He’s gonna do exactly what he did when he left New England. He’s gonna go to the best situation that helps him win — IF he wants to continue his playing career. I don’t know.’

Edelman also predicted that Brady would use the next few weeks to evaluate not only if he wants to return to the NFL, but potentially where as well.

‘He’ll probably sit these next two weeks, and he’ll hang out with his family, and he’ll assess the situation,’ Edelman said. 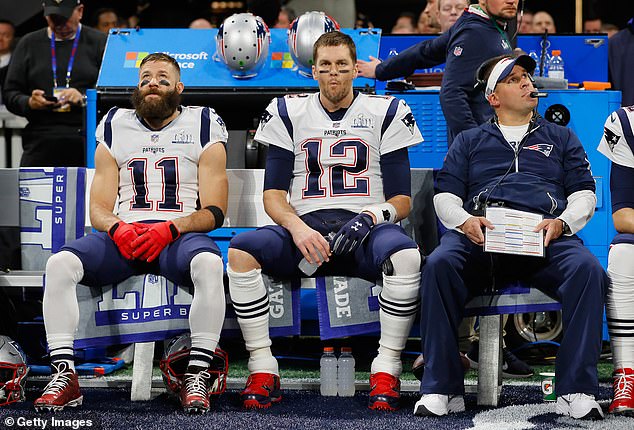 ‘I’m sure he has a routine now, because he’s probably been thinking about this these last three or four years on, you know, “Am I gonna play, am I not gonna play?” You know, I’ll give him a call and bug him a couple times and see if he’ll give me anything. He probably won’t, but I’ll let you guys know in a couple weeks.’

Brady and Edelman played together with the England Patriots from the 2009-2019 where Edelman would become one of the quarterbacks’ favorite targets.

During those years the duo not only won three Super Bowl’s but also saw Edelman win a Super Bowl MVP award.

The Las Vegas Raiders have been heavily linked with a move to acquire Brady if he does choose to return for a 24th season.

Raiders starting quarterback Derek Carr is believed to be on the way out in Vegas following a disappointing 6-11 season, in which he was benched for the final two games, ostensibly, to avoid injury and preserve his trade value. 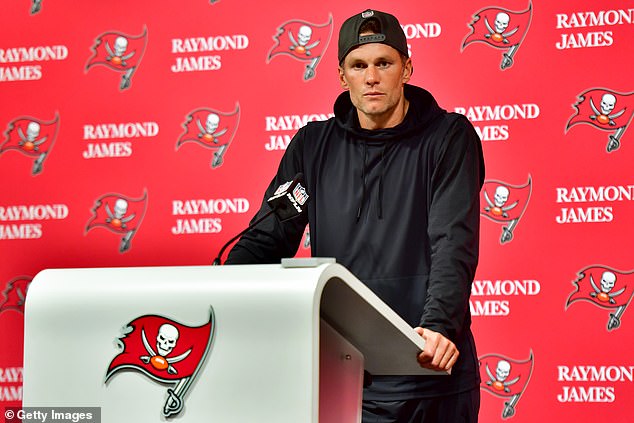 Brady’s list of suitors is expected to include the Las Vegas Raiders, according to a report 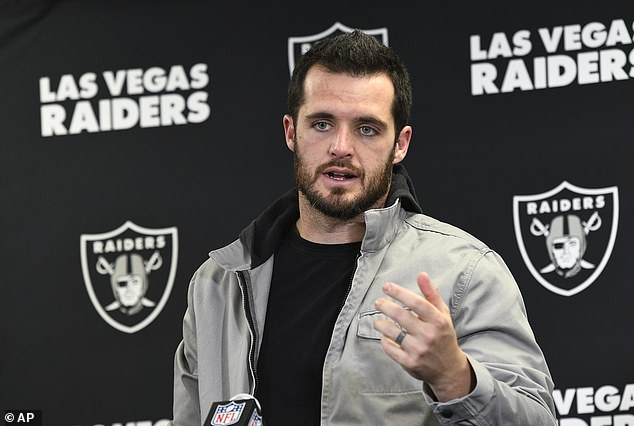 ‘I’m told the #Raiders are still working through their options at quarterback,’ Josina Anderson tweeted. ‘They have not made a decision on the exact path, at this time. The expectation is they’ll explore the Tom Brady option in due time as ‘one’ of those paths, per league source.

Earlier this month, sources told NFL Network’s Ian Rapoport that the Raiders are expected to explore trade possibilities for Carr, who ranked 24th in passer rating (86.3) and completing only 60.8 percent of his passes this season.