The two blondes dropped the accusation on Monday, on the third episode of their new tell-all podcast, titled Girls Next Level, which premiered last week.

The pair were often in the spotlight as two of the magazine tycoon’s main girlfriends – and their new show attempts to shed new light on their years in the infamous Playboy Mansion in the early 2000s.

It comes as a slew of other ex-bunnies have continued to level similar sexual abuse accusations at the late Lothario, who passed away of sepsis at age 91 in 2017.

Speaking on their respective experiences with Hef, the two women claimed he would often ‘fake cry’ in a premediated effort to ‘get his way’ with them.

‘Like if we were emotional about something or asked about something, he would start fake crying,’ Madison, 42, recalled to 48-year-old fellow host Marquardt about her unpleasant experiences as a Girl Next Door.

‘And it was such bad acting and so obvious.’

Madison – who had been troubled by the behavior at the time but kept quiet –  continued, adding that that she felt vindicated after fellow Hefner flame Kendra Wilkinson moved to the mansion in 2001 and asked about Hef’s crying game.

Madison recalled how Wilkinson – who starred with the podcasters on the Playboy-Mansion-centered TV show Girls Next Door in the mid 200s – asked her, ‘Does Hef fake cry?’

The platinum blonde proceeded to rip into Hefner for the manipulative waterworks, with Marquardt revealed she had also been subjected to the Playboy boss’ crocodile tears. 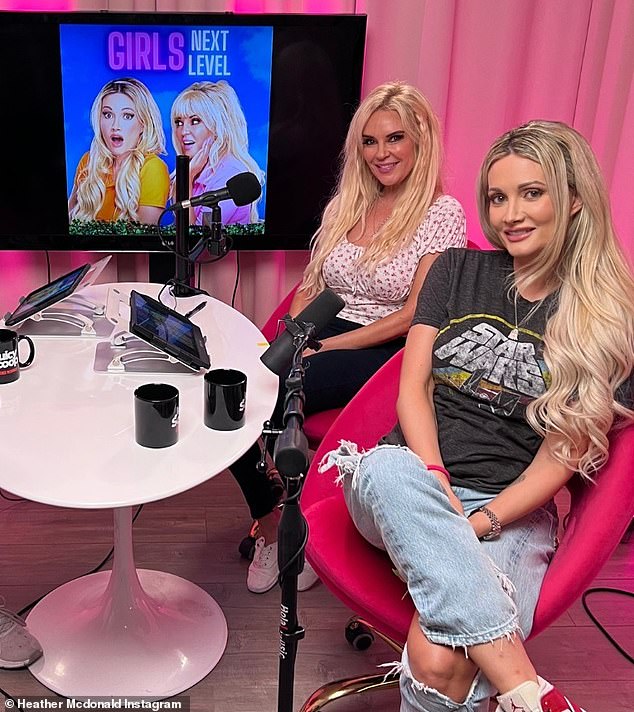 The two blondes made the claim – along wit several others – Monday, on the third episode of their new tell-all podcast, titled Girls Next Level, which premiered last week

‘It was insane how obvious it was, but you can’t say anything because he’s the one with all the power in the relationship,’ Madison fumed during the Monday podcast. ‘It was insanity, and something I would have never expected from a cultural icon.’

Added Marquardt: ‘I do come to his defense a lot, but the fake crying was for real a thing. The first time I saw it I was like, ‘Wait, what is happening right now?”

Madison added that she saw Hefner fake cry on multiple occasions when trying to get her into the bedroom, but was scared to speak out due to the tycoon’s position of power and the suspicion that she was the only one being subjected to the phony tears.

‘For the longest time I never talked to anybody about it because I thought maybe I was the only one noticing this,’ she told Marquardt, adding that once she knew it was being done to Wilkinson, 37, as well, she realized how carefully calculated the efforts actually were. 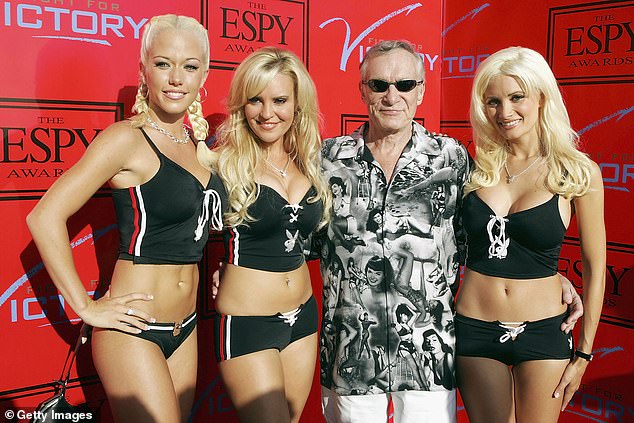 She revealed that upon finding out the truth, she began to see less in Hefner, who at the time had been the object of her infatuation due to his star-studded reputation and larger-than-life persona.

‘I just had this idea in my mind of what I thought Hef was going to be [like] based on what he’d accomplished and what I saw from a distance,’ Madison recalled to her fellow host, adding, ‘and he’s a fake crier.’

The women aired several other claims against Hefner, saying they were subjected to nine o’clock curfews during their years in his notorious Los Angeles manse, where they said they were embarrassingly forced to follow and find him to collect a $1,000-plus allowance.

Marquardt recalled: ‘You had to track this multimillionaire business mogul, who still, at that time, was very much the editor-in-chief of Playboy Magazine with a very busy day – you had to track him down and be like, ‘Hi honey, can I collect my allowance?”

Of the weekly allowance, the women said it not only included $1,000 a week for clothes and other amenities, but also visits to the salon due to their fair-colored hair.

‘We have to have platinum blonde hair, so he pays for the salon bills,’ remembered Madison, adding that despite being billed at the time as one of Hefner’s leading ladies, obtaining the allowance wasn’t always easy.

Marquardt agreed, saying that being Hef’s top sweetheart came with no extra frills – with the two of them along with Wilkinson forced to share the tycoon’s many beds each night, without the option of getting their own private room.

‘There’s no upside, you don’t get more money, you don’t get treated better,’ Marquardt said of their years-long situation. ‘In fact, it’s worse because you don’t get your own room, you’re constantly on watch and under the microscope. You can’t get away with anything.’

The pair went on to compare the experience of being in Hef’s stable to working a full-time job. 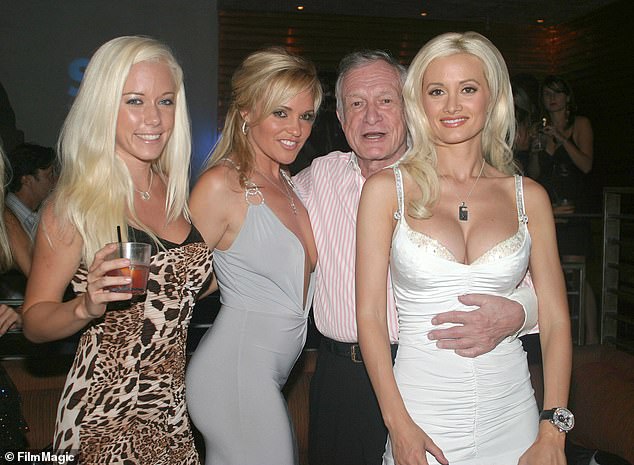 Madison also described feeling like Hef’s ‘shiny new toy, so to speak’ upon moving into the mansion in 2001, and immediately becoming the boss’ number-one girlfriend.

‘I was shocked at how messy it was,’ Marquardt recalled last week during the program’s second episode.

Madison, agreed, comparing the once-beloved mogul’s chambers to that of a hoarder.

‘It was just hoarder-style,’ she said, visibly disgusted.

The pair said they will continue to shed light on the treatment they faced at the hands of the late Hefner, using their podcast as a platform to do so. The program will air two episodes a week.